Anfield is the venue as Liverpool and Leicester City go head-to-head in a tasty-looking Premier League encounter.

After a comfortable 3-1 FA Cup victory over Cardiff City at the weekend, Liverpool’s pursuit of Premier League table-topping Manchester City resumes this midweek. Despite trailing the leaders by nine points, the ‘Reds’ still have a game in hand, leaving the title race wide open. Jurgen Klopp’s men head into proceedings unbeaten in 14 Premier League games (W10, D4), winning each of the last five in a row. Moreover, the Merseyside heavyweights have gone unbeaten in ten consecutive top-flight H2Hs as hosts (W8, D2) since falling to a 2-0 defeat in May 2000. However, after losing their last two Premier League meetings with Leicester, Liverpool face the prospect of suffering three successive H2H reverses in the top-flight for the first time since November 1963.

On the other hand, Leicester City will take the field on the back of an embarrassing 4-1 FA Cup defeat at the hands of Championship outfit Nottingham Forest. Brendan Rodgers’ men have failed to impress in the Premier League either, picking up just one win from their last four outings (D1, L2) as they currently languish in mid-table, ten points off the European qualification pace. It gets worse, as the ‘Foxes’ have gone winless in their last four away league matches on the trot (D2, L2), conceding an average of 2.75 goals per game. Coming into this matchday, the Midlanders have failed to win back-to-back Premier League outings despite taking the lead on both occasions (D1, L1). But after eking out a 1-0 triumph in the reverse fixture back in December, Leicester entertain the prospect of registering their first top-flight double over Liverpool for the first time since the 1998/99 season. 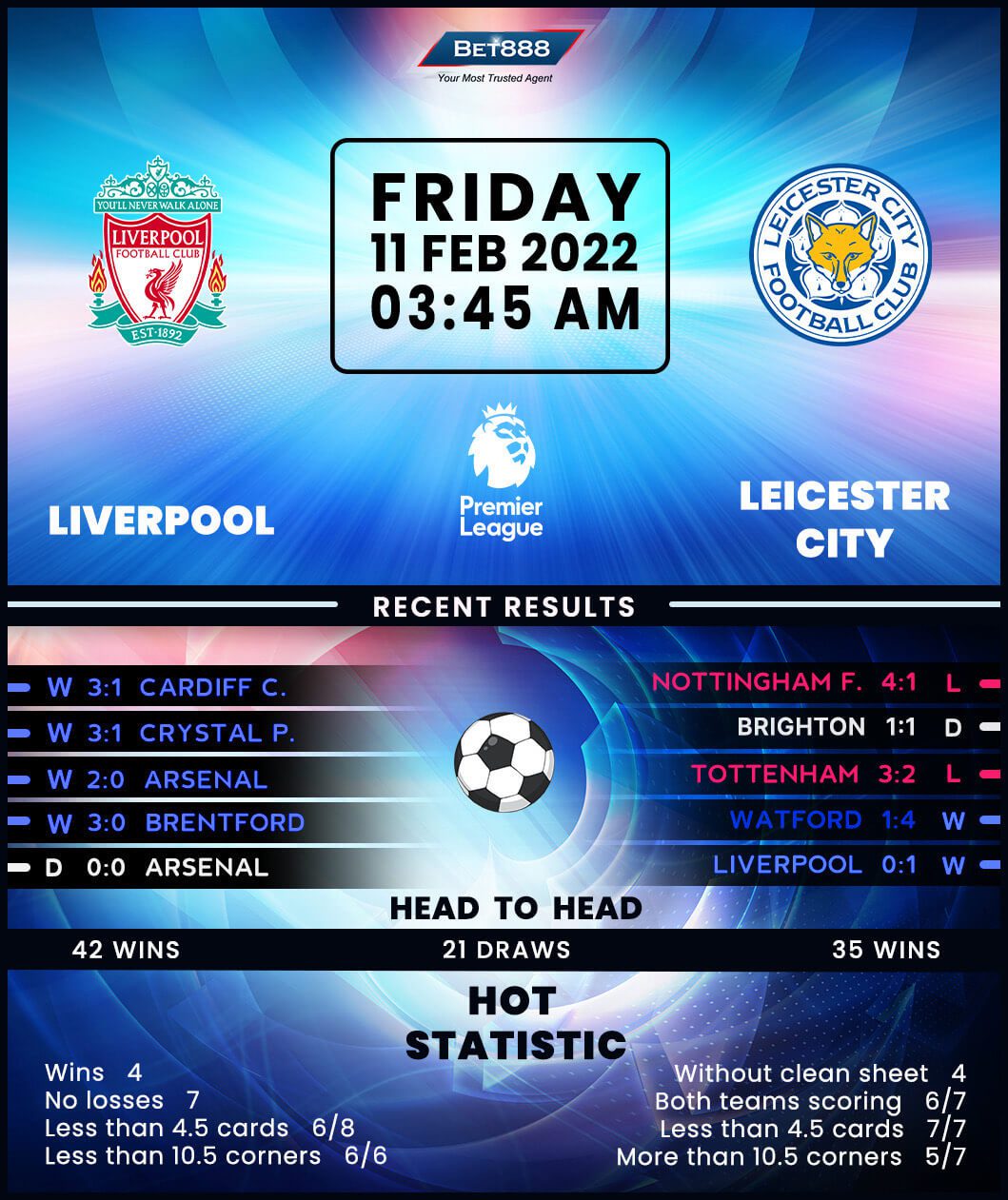