Premier League title-battling Liverpool will take on relegation-threatened Norwich City in a must-win fixture at Anfield amid a purple patch.

Fresh from claiming a precious 2-0 first-leg win at Inter Milan in midweek Champions League action, Liverpool will be looking to build on their scintillating Premier League form of late. The ‘Reds’ have won each of their last four league matches by an aggregate score of 9-1 to stay within touching distance of pacesetting Manchester City. Jurgen Klopp’s men have been a force to be reckoned with at Anfield this season, going unbeaten in all 11 Premier League fixtures here (W8, D3), including a run of six consecutive victories ahead of this clash. Another successful weekend is well on the cards – Liverpool are undefeated in their last 15 Premier League meetings with Norwich (W13, D2), netting a staggering average of 3.1 goals per game in that spread of matches.

Meanwhile, Norwich City’s run of three Premier League outings without defeat between mid-January and early February (W2, D1) reinforced their hopes of avoiding relegation. However, a thumping 4-0 loss at the hands of Man City last time out brought the ‘Canaries’ back to the earth as they take the field trailing 17th-placed Newcastle United by four points. Yet, a stunning 3-0 triumph at fellow relegation rivals Watford in their most recent road trip gives Norwich a chance to win back-to-back Premier League away games for the first time since January 2012. Much of those hopes will depend on their defensive performance, considering they’ve failed to score more than once in their last 12 Premier League visits to Anfield. After bagging a league-low six goals in 11 top-flight away fixtures this season, Norwich are unlikely to improve their paltry scoring record in Merseyside. 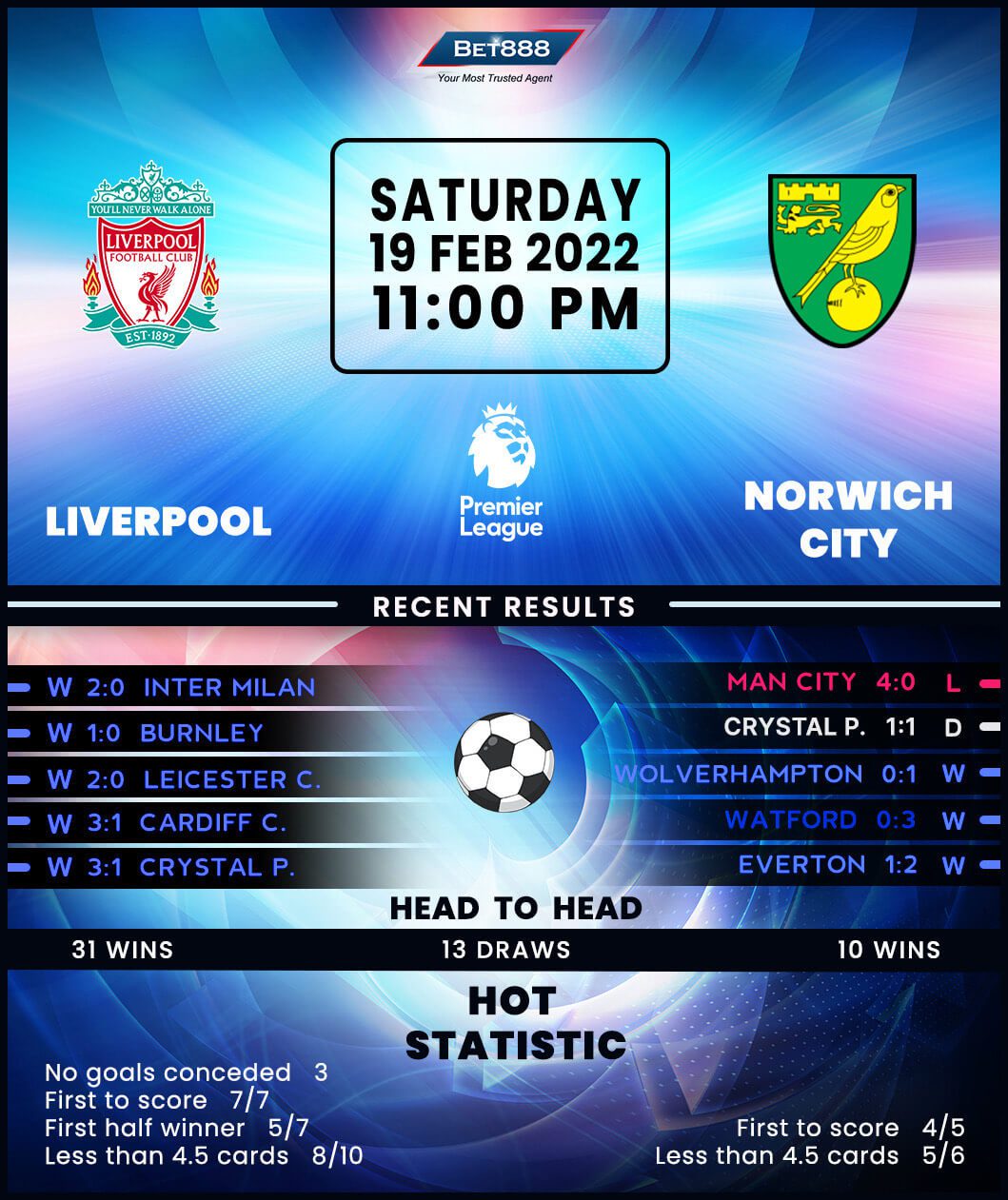