Liverpool headed into March’s international break in the midst of a purple patch, having won nine successive Premier League matches to whittle down the gap on table-topping Manchester City to a single point. Jurgen Klopp has found a perfect balance between a free-scoring attack and rock-solid defence as the ‘Reds’ have scored 27 goals and conceded just two during that nine-game sequence. Moreover, following a Covid-hit 2020/21 campaign, where they lost six straight home league matches, the Merseysiders have turned Anfield into a fortress again this season. In fact, Liverpool come into this matchday as the only Premier League side to go unbeaten in 100% of their home outings this season (W11, D3), conceding a league-low seven goals across those 14 fixtures.

In the meantime, Watford eked out a 2-1 win away to Southampton on the stroke of the international break, snapping a run of four Premier League matches without winning (D1, L3). But despite recording only their second top-flight victory in Roy Hodgson’s nine games in charge (D2, L5), the ‘Hornets’ still languish in the relegation zone, three points adrift of safety. Anfield is not the venue where they could hope for much-needed survival points, as they’ve lost 12 of their 13 league visits to this stadium (W1), including the last six in a row by an aggregate score of 22-1. On the bright side, though, they are unbeaten in three of their last four away league outings (W2, D1, L1) despite netting under 1.5 goals on three occasions. Indeed, Watford have won eight away points under Hodgson (W2, D2, L2), as many as they had in their previous 17 road trips in the competition (W2, D2, L13). 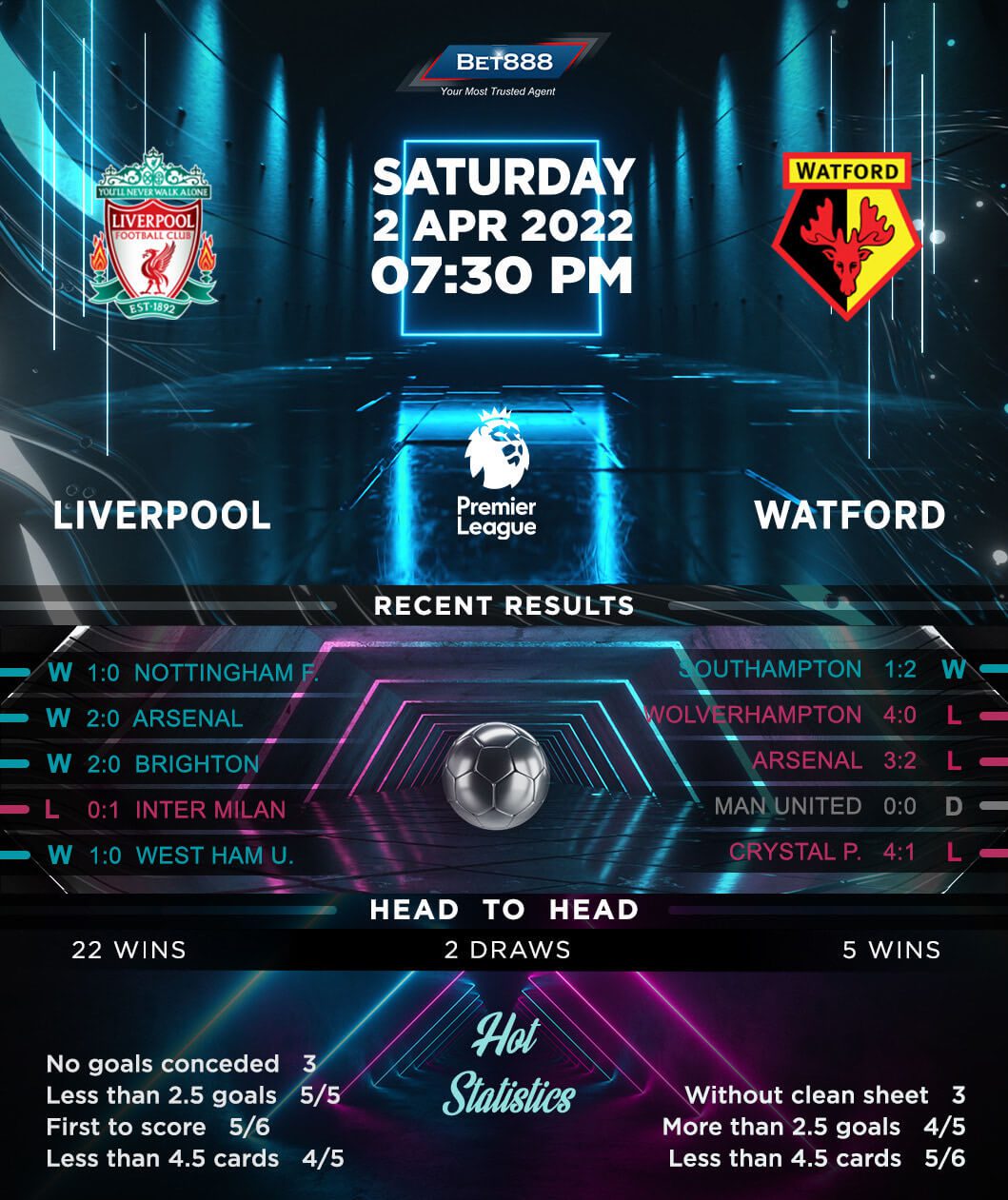