Los Angeles fought back to hold Seattle Sounders to a 1-1 draw last time out, extending their unbeaten MLS streak to three matches (W2, D1). Despite retaining the top place in the Western Conference, they are only two points clear of second-placed Real Salt Lake. Since there’s no room for complacency, Steve Cherundolo’s men will be keen to defy their indifferent three-game home league record (W1, D1, L1). Banc of California Stadium has been a venue of entertainment lately. LA’s last three MLS fixtures have featured 3+ goals and both teams scoring, at an average of four per game. Incidentally, their only previous home league meeting with NY Red Bulls produced an overwhelming 4-2 win.

In the meantime, New York Red Bulls bounced back from a sub-par 2-0 defeat away to Charlotte with an identical triumph over Toronto FC last time out. But consistency has not been NY’s strong suit of late. Since a goal-friendly 3-3 home draw with Chicago Fire, the visitors have alternated between wins (2) and losses (2) in their last four league outings. Gerhard Struber’s lads have lost their back-to-back MLS fixtures on hostile turf after going unbeaten in their opening six away league matches (W5, D1). More importantly, they failed to get on the scoresheet in both defeats. 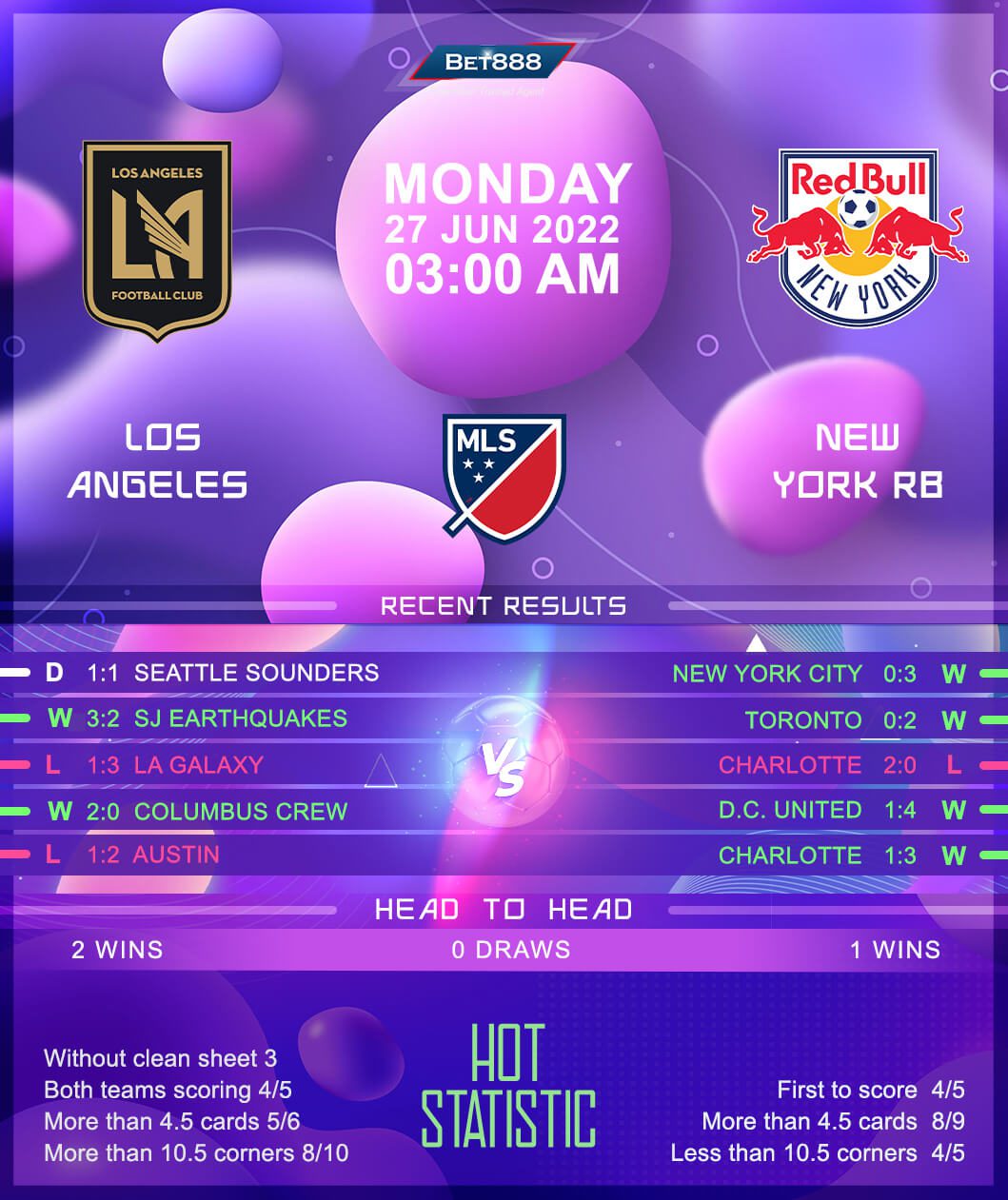