Kenilworth Road is the venue as Championship high-flyers Luton Town take on psychologically-hit Chelsea in the FA Cup round five.

Luton head into proceedings amid a purple patch, having won their last three Championship matches by an aggregate score of 5-1 to storm into the play-off zone. Moreover, the ‘Hatters’ have found their FA Cup campaign a stroll so far, overcoming fellow lower-league rivals Cambridge United and Harrogate Town 6-0 on aggregate. Nathan Jones’ will have revenge on their minds following a 3-1 elimination at the hands of Chelsea in last season’s FA Cup fourth round. Luton have history firmly on their side, as they’ve won four of their last five competitive home meetings with this opposition (L1), though it’s worth noting that their most recent such match-up dates back to December 1991. Worryingly, though, they’ve lost eight of their last 11 FA Cup matches against top-flight clubs (W1, D2).

On the other hand, Chelsea suffered a penalty shoot-out heartache against Liverpool in the EFL Cup showpiece at the weekend, though it means they are now unbeaten in eight competitive games within 90 minutes (W4, D4). Yet, last season’s beaten FA Cup finalists have blown hot and cold across their last three domestic road trips (W1, D1, L1), netting under 1.5 goals on each occasion. Notably, though, since squeezing past Norwich City via penalties in the 2017/18 round three, the ‘Pensioners’ have racked up 19 wins from their last 22 FA Cup fixtures (L3), more than any other side in that span. Furthermore, the reigning Champions League holders last lost an FA Cup encounter against lower-league opposition in 2007/08, while they’ve already dispatched two such sides en route to setting up this tie. 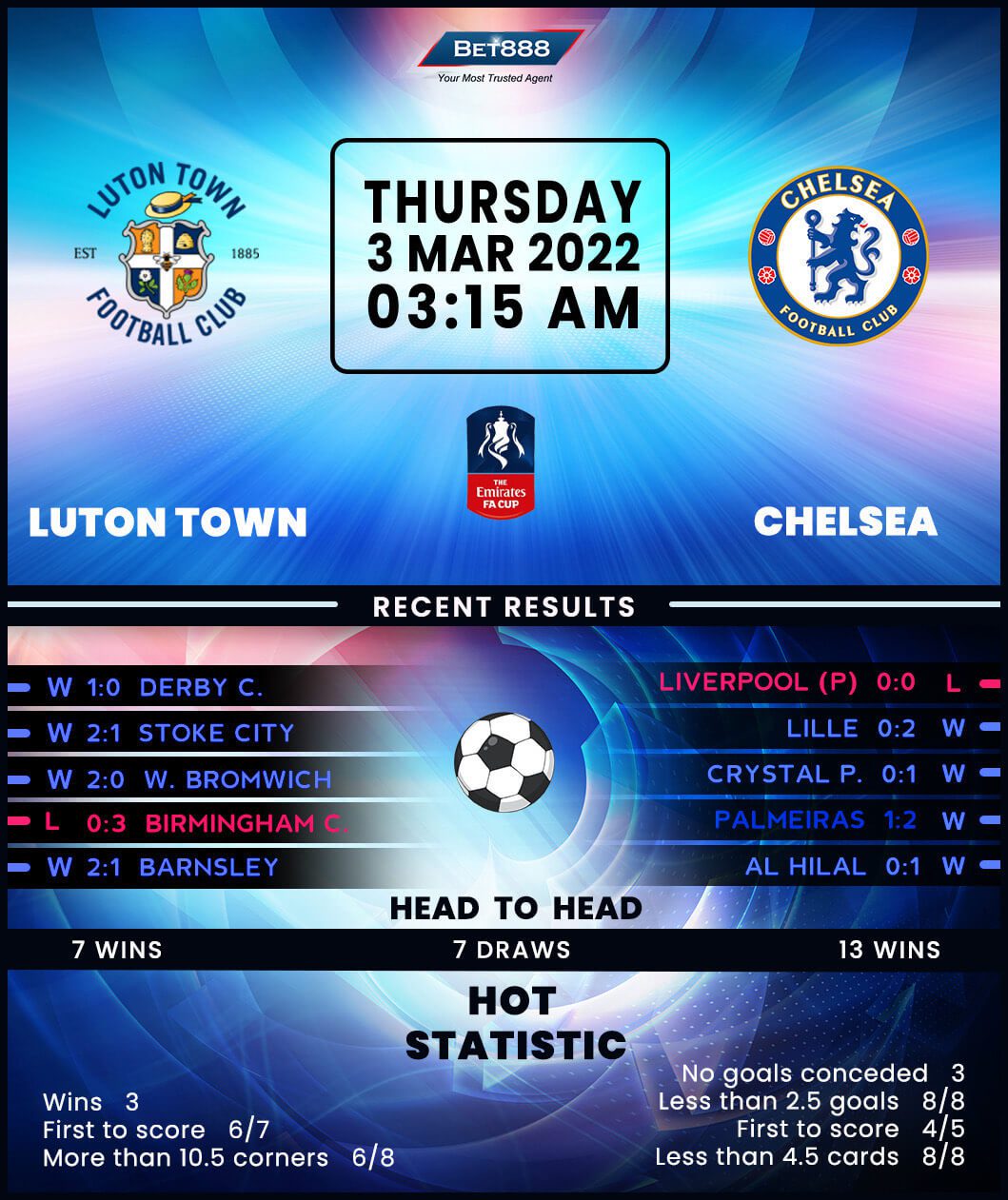