Mainz are set to return to Bundesliga action after a three-week break as they play host to title-bidding Borussia Dortmund at Mewa Arena this midweek.

After a spate of Covid-19 cases forced the postponements of their last two Bundesliga fixtures, Mainz will return to top-flight action for the first time since February 26. Despite enjoying a stellar Bundesliga campaign by their standards, Mainz had lost some ground on the European spots before the abovementioned match cancellations, having only won two of their last four league outings (D1, L1). But with a ten-point deficit on sixth-placed TSG Hoffenheim and two games in hand, Mainz’s hopes of securing European football for next season are still very much alive. Yet, ‘Die Nullfünfer’ have to launch a substantial winning run to make it happen, and after going unbeaten in their last eight Bundesliga home games (W6, D2), that looks quite possible. Indeed, Mainz’s came-from-behind 3-2 victory over Bayer Leverkusen in their most recent Bundesliga home fixture equalled the club’s longest-ever winning top-flight streak of five straight triumphs at home.

Borussia Dortmund took advantage of Bayern Munich’s underwhelming 1-1 draw away to Hoffenheim at the weekend to reduce the gap between the sides to seven points, courtesy of a 1-0 home win over relegation-battling Arminia Bielefeld. With a game in hand, ‘Die Borussen’ could whittle down the distance to only four points by winning at Mewa Arena, where they’ve won all four previous top-flight visits by an aggregate score of 11-2. Since falling to a dismal 5-2 home defeat to Bayer Leverkusen in early February, Marco Rose’s men have strung together four Bundesliga matches without losing (W3, D1), keeping a clean sheet in all three victories. If Dortmund win here, it may well be in an emphatic fashion, as each of their last four league triumphs on hostile turf saw them score precisely three goals. 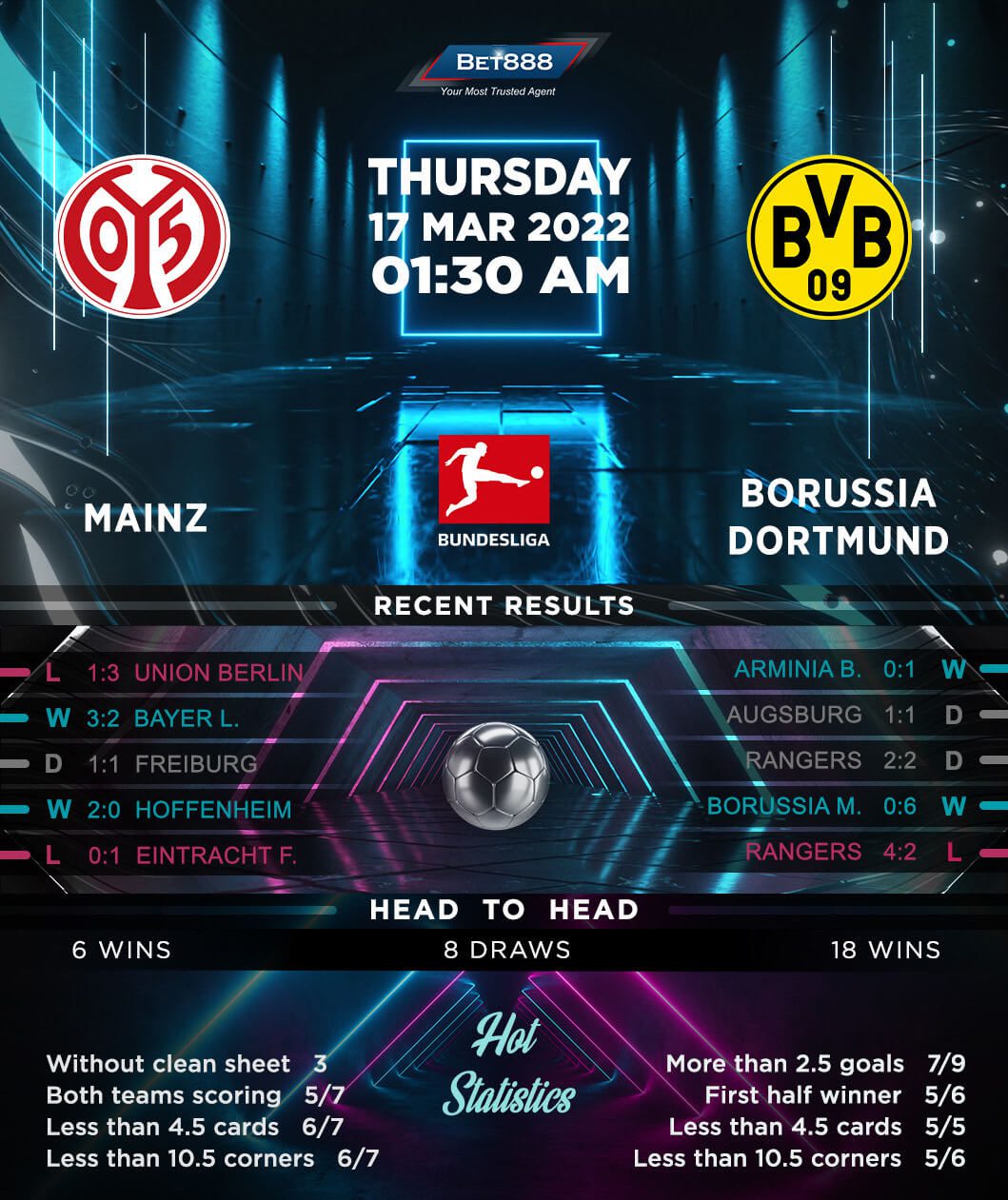