Etihad Stadium is the venue as Manchester City and Atletico Madrid go head-to-head in the first leg of their mouth-watering UEFA Champions League quarter-final tie.

Fresh from a comfortable 2-0 win at Burnley, Manchester City will take their eyes off of the Premier League title to focus on lifting their first-ever Champions League title. Pep Guardiola’s high-flyers crashed lowly Sporting CP out of the round of 16 via a 5-0 aggregate scoreline to reach the competition’s quarter-finals for the fifth season running. The ex-Barcelona manager has relished meeting Spanish opponents in Europe of late, having won his last three managerial fixtures against La Liga sides. What’s more, the ‘Cityzens’ have been a force to be reckoned with at the Etihad, as they head into proceedings having won 11 of their last 13 competitive home matches (D1, L1). If that’s not enough to calm the fans’ nerves, the fact that Man City haven’t lost any of their last seven Champions League knock-out home games (W6, D1) should do the trick.

On the other hand, Atletico Madrid squeezed past Manchester United in their blockbuster last-16 tie – courtesy of a 1-0 second-leg success at Old Trafford – to make it three wins from four away Champions League matches (L1). ‘Los Rojiblancos’ now entertain the prospect of becoming the first side since Juventus in the 1976/77 UEFA Cup to beat both Manchester clubs in the European knock-out stages in the same season. Encouraged by an impressive six-game winning streak in all competitions, Diego Simeone’s side aim to win back-to-back away meetings with Premier League hosts for the first time in the club’s history. However, Atletico’s overall European away record against English sides reads indifferently (W4, D7, L6), highlighting the unpredictability of this showdown. 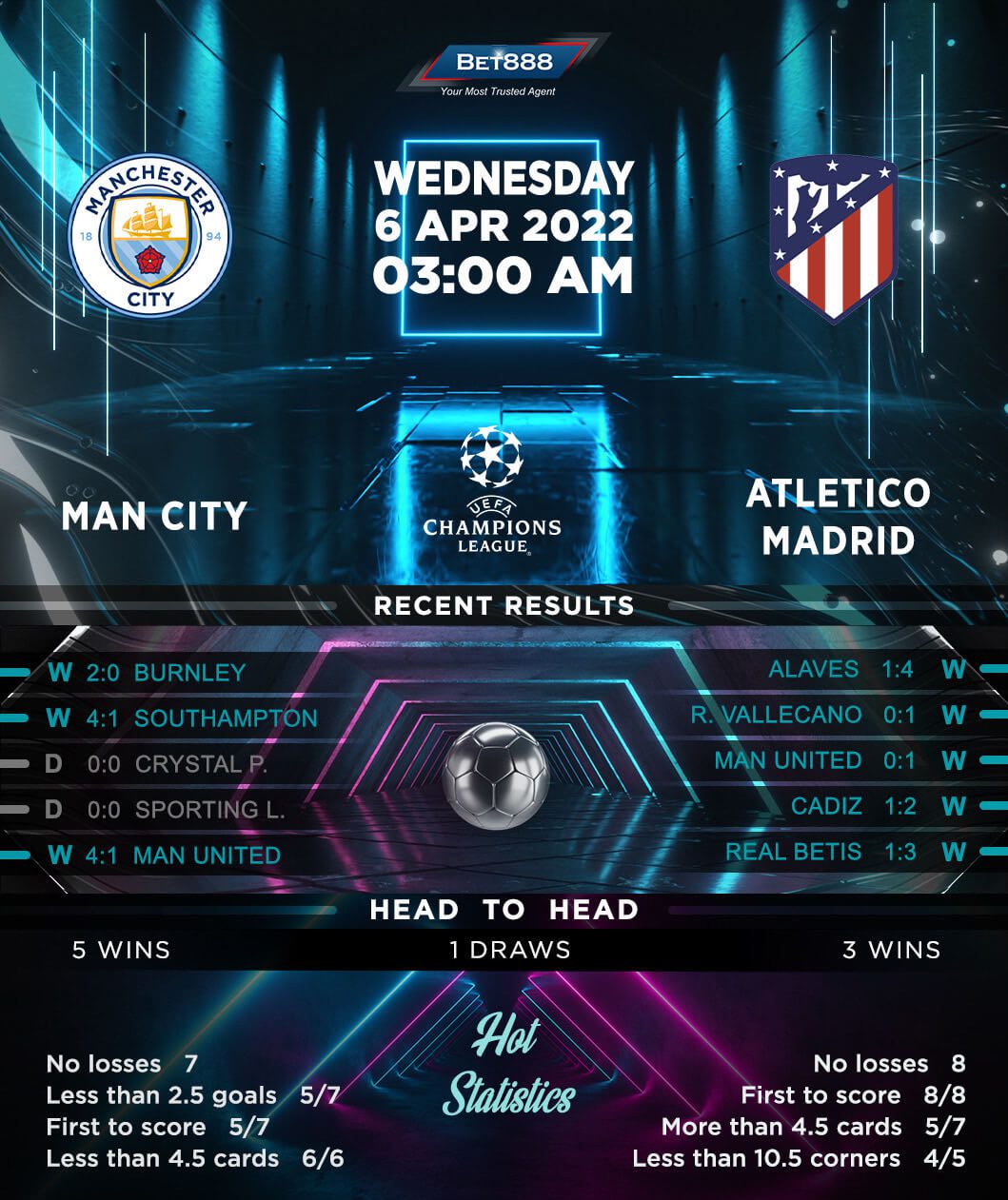