Manchester City will be looking to get back to winning ways in the Premier League when they take on out-of-form Brentford at the Allianz Arena.

Manchester City’s 12-game winning streak in the Premier League came to an end last time out as they drew 1-1 at Southampton, allowing second-placed Liverpool to reduce the gap to nine points. With the ‘Reds’ also having a game in hand, the ‘Cityzens’ cannot afford to get complacent against a side they defeated 1-0 in the reverse fixture in December. Another triumph over Brentford would be a good omen, as the last time they registered a top-flight double over this opposition, they went on to lift the crown back in 1936/37. Pep Guardiola’s men have been a force to be reckoned with at home this season, having lost just one of their 11 Premier League matches at the Etihad (W9, D1), winning each of the last six in a row.

Meanwhile, Brentford suffered a dismal 4-1 defeat at the hands of Everton in the FA Cup fourth round at the weekend, taking their losing streak in all competitions to five matches. Since a come-from-behind 2-1 victory over Aston Villa on New Year’s Day, the ‘Bees’ have lost four consecutive Premier League fixtures, three of which yielded a losing margin of 2+ goals. Additionally, the visitors have failed to win any of their previous seven away league games (D2, L5), falling to multi-goal defeats in each of the last three. Brentford’s defensive frailties have seen them record just one clean sheet in their last 18 Premier League outings, conceding an average of 2.0 goals per game in that sequence. Particularly vulnerable before half-time, Thomas Frank’s men have let in a league-high 21 first-half goals this Premier League campaign. 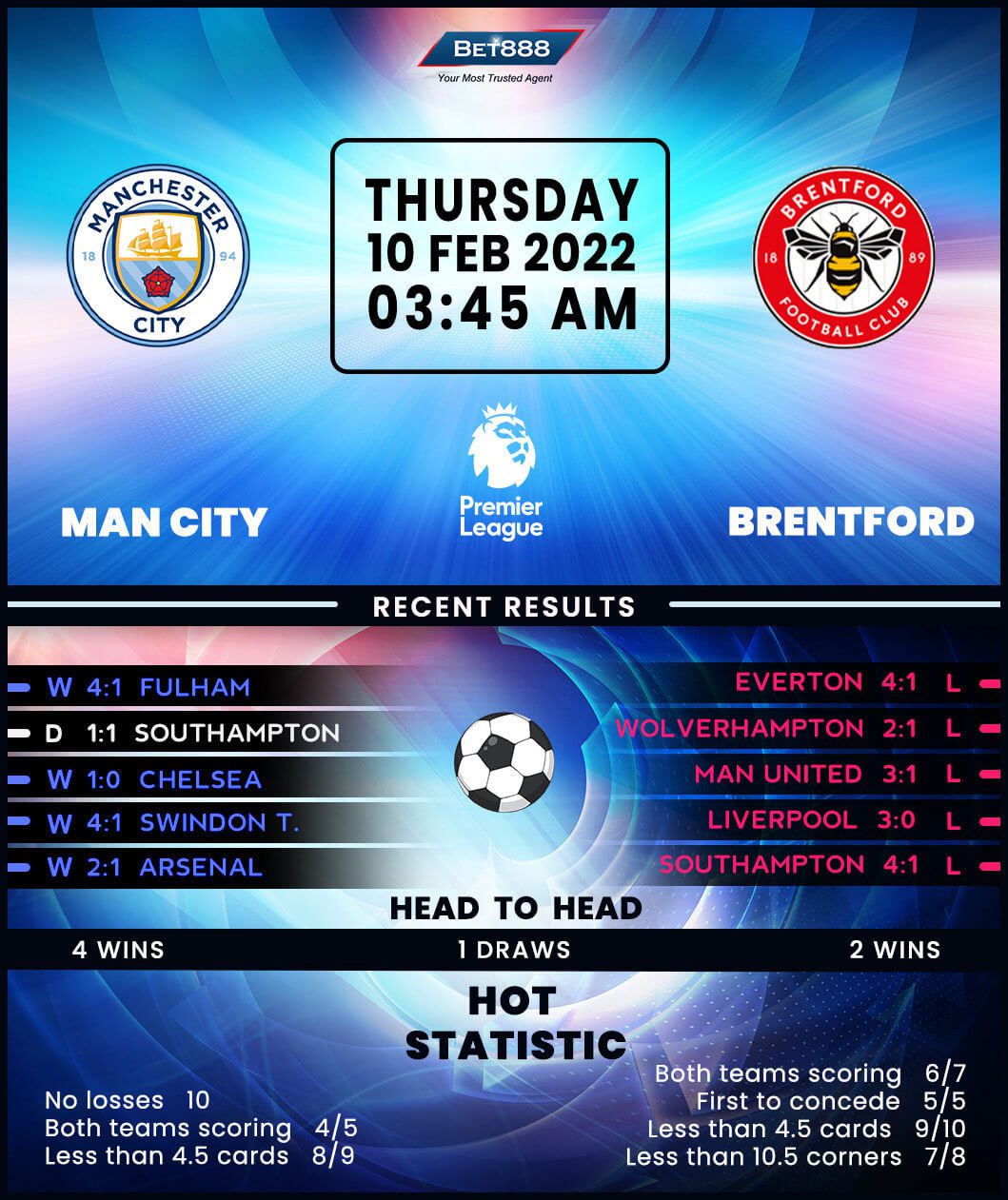