Stakes are high as Manchester City and Manchester United go head-to-head in the 187th edition of the famous Manchester derby at the Etihad Stadium.

Manchester City bounced back from a shock 3-2 home defeat to Tottenham Hotspur with a controversial 1-0 win away to Everton last time out. Even though another VAR controversy cast a shadow on their victory at Goodison, the ‘Cityzens’ can ill-afford to let that affect them here, as they look to avoid losing four consecutive home H2Hs in all competitions for the first time since a run four between 1993 and 2000. After cruising to a 2-0 triumph in the reverse fixture at Old Trafford, Man City could complete their second Premier League double over Man United under Pep Guardiola. Yet, the abovementioned defeat to ‘Spurs’ means the reigning English champions could lose back-to-back home league matches for the second time under Guardiola’s tenure, last experiencing such a streak in April/May 2021.

Meanwhile, Manchester United could only manage a disappointing goalless draw with sub-par Watford last time out. However, the ‘Red Devils’ are now unbeaten in eight successive Premier League matches (W4, D4) as they head into proceedings resting in a coveted fourth-place. Though they’ve gone seven consecutive Premier League away games without losing since Ole Gunnar Solskjaer’s sacking, four of those fixtures ended level (W3). Encouragingly, though, they have scored the opening goal in seven of their last eight Premier League outings, with the aforementioned ‘nil-nil’ draw with Watford being the solitary exception. But the travelling fans may have to be patient to see Man United get on the scoresheet here as 16 (70%) of their 23 away league goals scored this season have come in the second half of play. 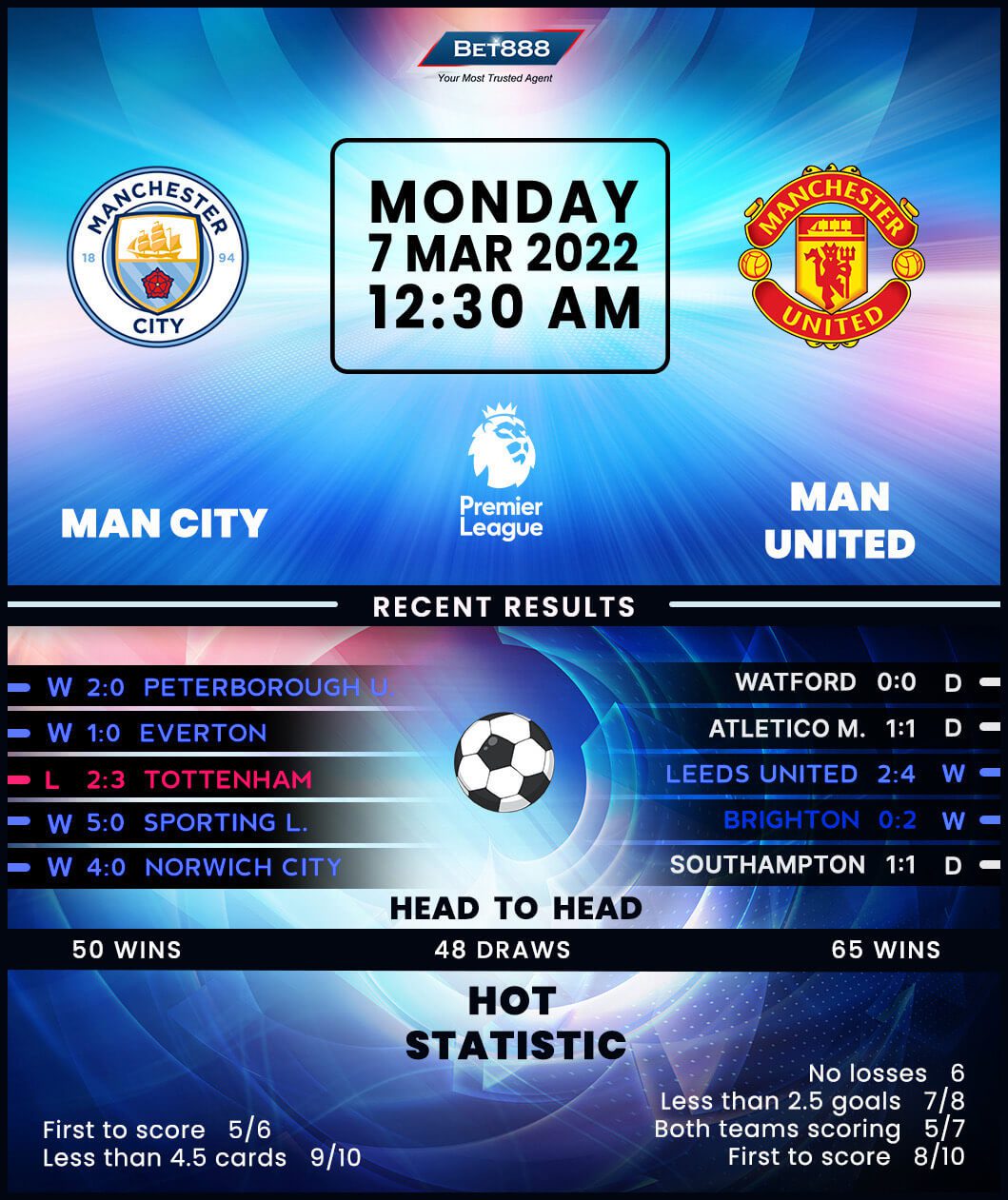