Manchester City head into proceedings desperate to bounce back from a calamitous collapse in midweek Champions League action, having squandered a 2-0 aggregate lead to lose 3-2 to Real Madrid in their mouth-watering semi-final tie. Back to the Premier League, the reigning champions could extend their lead on second-placed Liverpool to three points and take another step to winning their fourth league title in five years. Newcastle’s visit to the town comes in handy, with the ‘Cityzens’ going unbeaten in 27 of their last 28 league meetings with this opposition (W23, D4) while never losing a Premier League fixture against them at the Eithad (W14, D2).

In the meantime, a 1-0 defeat away to Liverpool last time out arrested Newcastle’s run of four Premier League wins, marking their first scoring blank in England’s top-flight since mid-March. Notably, the ‘Magpies’ have won a league third-high 32 Premier League points in 2022, even though three of their four most recent league travels have yielded defeats (W1). Newcastle’s underwhelming away form is likely to go on based on their record at the Etihad, as the Tynesiders have lost their last 12 Premier League visits to this venue, conceding 3+ goals in eight of them. A lack of ruthlessness in front of goal could be another problem, with Newcastle failing to score in two of their last four away league games. 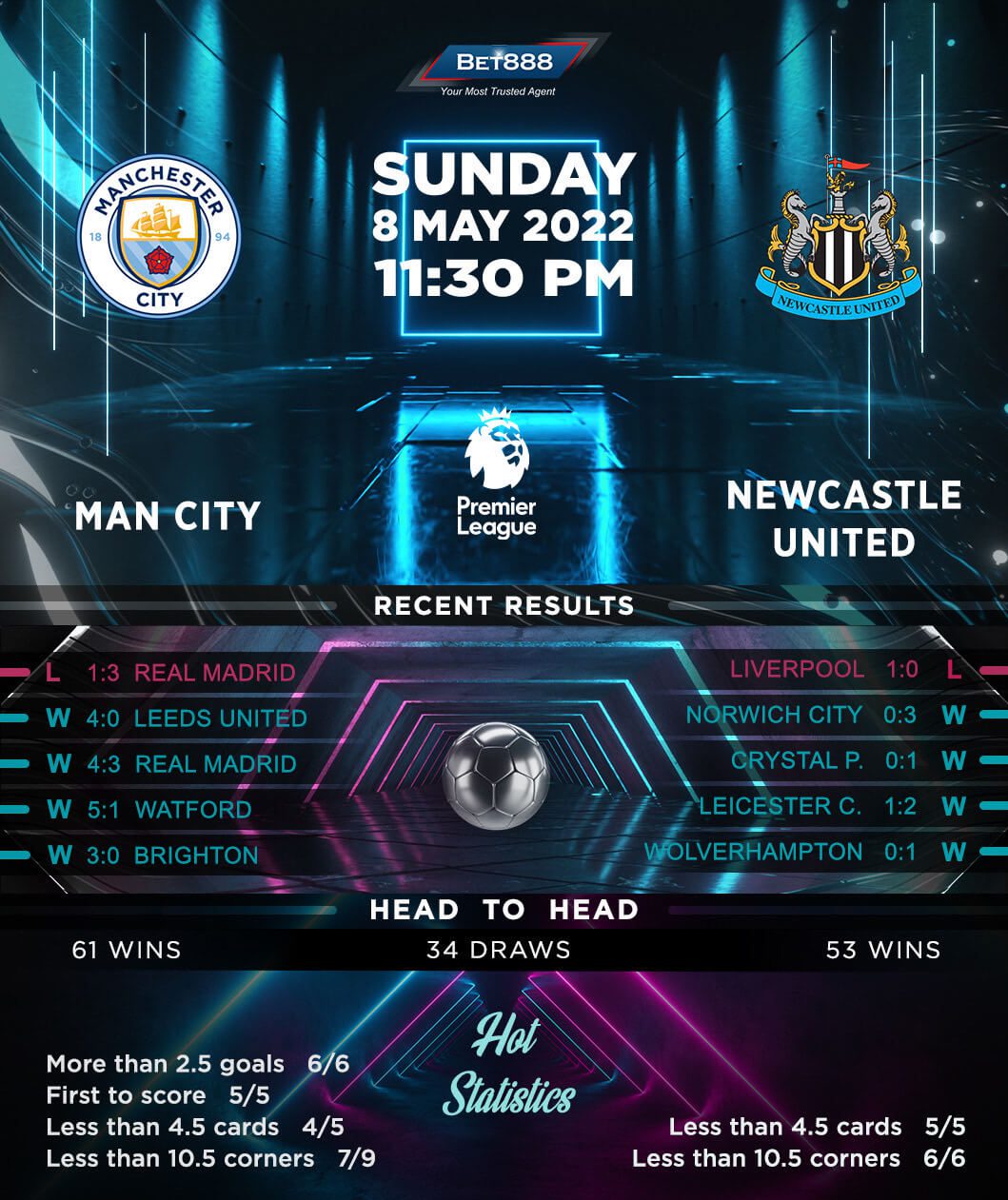