A brace of wins on Matchdays 2 and 3 sandwiched by a pair of scoring draws on Matchdays 1 and 4 places Paris one point adrift of top-placed Man City ahead of the kick-off. Despite scoring first in three of their opening four Champions League matches, Mauricio Pochettino’s men have won just one such fixture, suggesting they have problems protecting the lead. But after going winless in their first five Champions League encounters against Man City (D3, L3), PSG won the reverse fixture 2-0 at home to boost their confidence ahead of this trip. Indeed, after claiming just one win from their first ten UEFA-sanctioned visits to England (D4, L5), ‘Les Parisiens’ have racked up two triumphs across their last three European away matches against English hosts (L1). Alarmingly, though, the Ligue 1 heavyweights are winless in their last three Champions League away games (D2, L1).

In the meantime, Manchester City head into proceedings sitting atop Group A with three wins from four games (L1) and could progress into the knock-outs with another positive result here with a game to spare. Interestingly, before drawing a blank in Paris back in late September, the ‘Citizens’ had found the net in 11 consecutive European encounters against French sides, scoring an average of 2.09 goals per game in that run. With only Bayern Munich (17) netting more goals in the Champions League group stage than Man City (15) so far, Pep Guardiola’s men are likely to return to the scoresheet this time around. Adding to this sentiment, the reigning Premier League holders take the field amid a purple patch, having won their last three competitive fixtures by an aggregate score of 9-1, including a 3-0 thumping of Everton at home over the weekend. 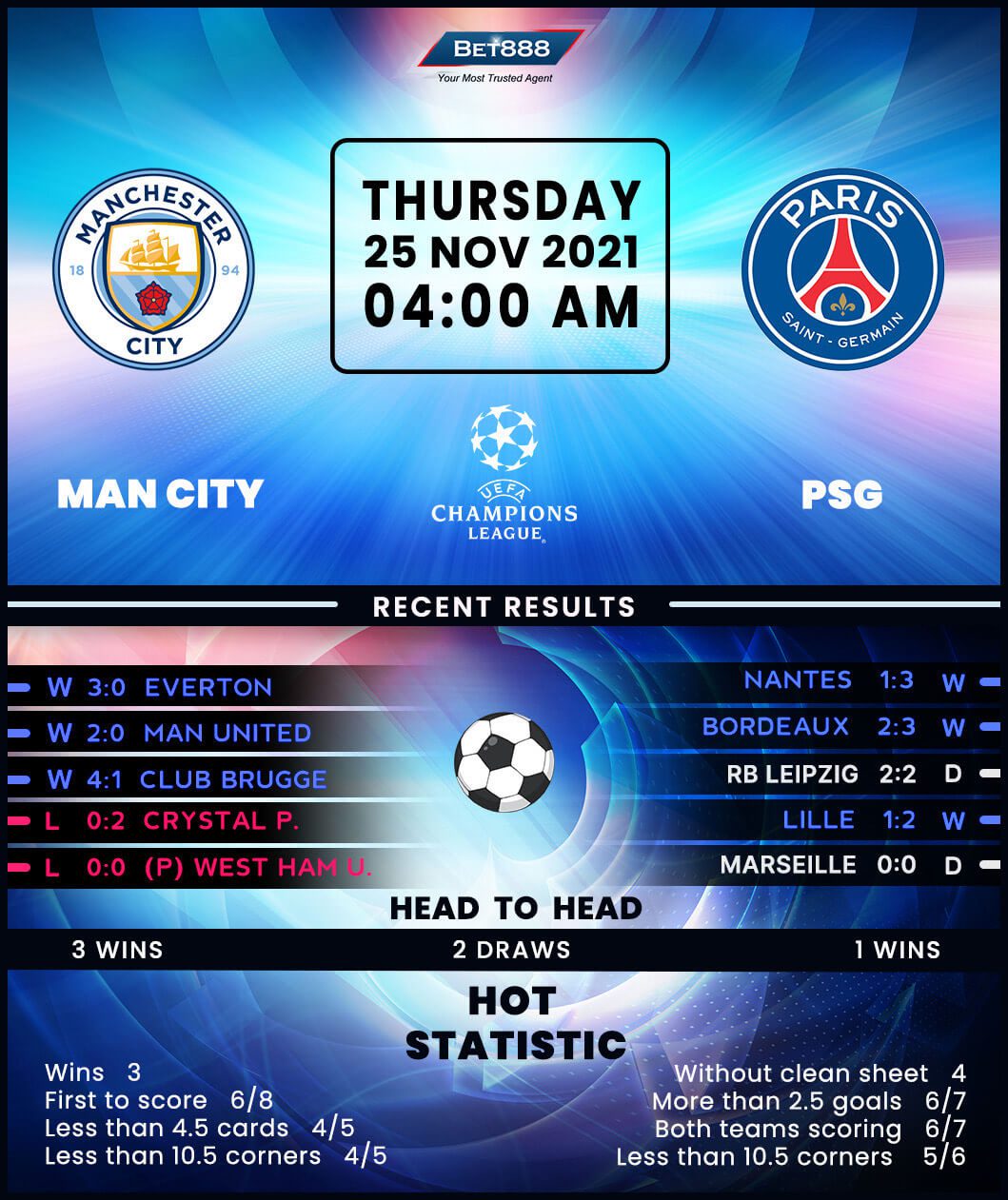