Etihad Stadium is the venue as Manchester City and Real Madrid go head-to-head in the first leg of their mouth-watering Champions League semi-final tie.

Seeking successive Champions League, Manchester City go into this tie in a confident mood after leaving reigning La Liga champions Atletico Madrid in their wake in the quarter-finals. After going winless in three consecutive games across all competitions (D2, L1), Pep Guardiola’s men have won back-to-back Premier League matches by an aggregate score of 8-1 to bolster their spirits ahead of this meeting. Moreover, before being held to a scoreless draw at Atletico in the second leg of their quarter-final tie, Man City had won four encounters against Spanish clubs.  The ‘Cityzens’ have come out victorious in consecutive two-legged knock-out ties against La Liga sides, having lost four on the spin beforehand. The current Premier League holders are also unbeaten in their last 19 home outings in continental action (W17, D2).

On the other hand, Real Madrid haed into proceedings on the back of a 3-1 thumping of Osasuna that has brought them on the cusp of wrapping up the La Liga title. ‘Los Merengues’ squeezed past City’s fellow Premier League rivals Chelsea in the quarter-finals 5-4 on aggregate, making it five wins from their last seven two-legged knock-out ties against English opponents. However, before Karim Benzema’s hat-trick fired Madrid to a 3-1 first-leg win at Stamford Bridge, ‘Los Blancos’ were winless in five successive European visits to England (D2, L3). Indeed, Madrid’s overall European away record against English teams reads negatively (W7, D5, L8). Despite entering this tie as outsiders, Carlo Ancelotti’s men will fancy their chances at the Etihad after winning six consecutive away games in all competitions, netting precisely four goals in the last three in a row. 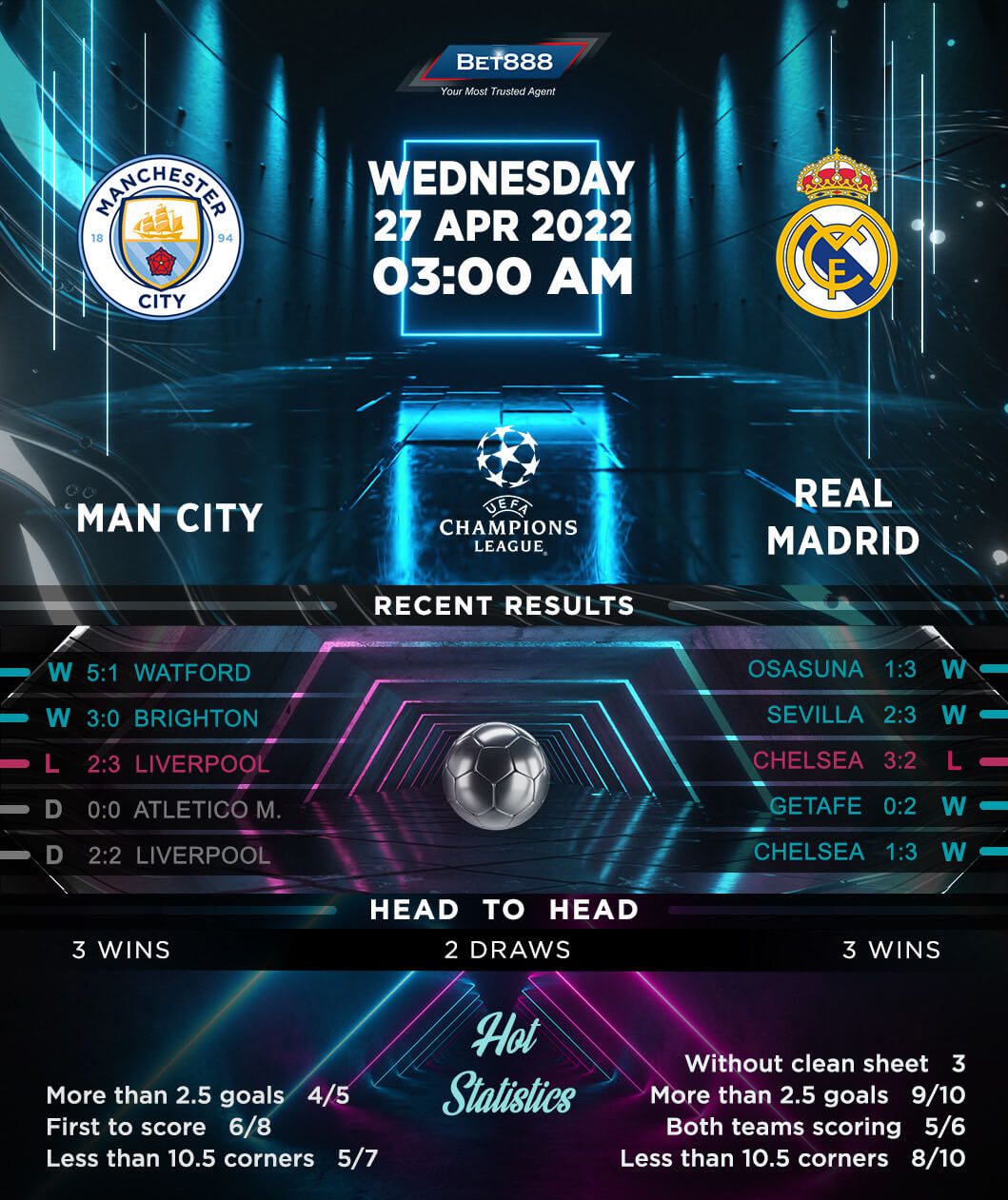