Manchester United caretaker boss Ralf Rangnick has come under heavy scrutiny after the ‘Red Devils’ played out back-to-back 1-1 draws with rock-bottom Burnley and mid-table Southampton, losing precious grip on the top-four spots. Despite entering this round unbeaten in five Premier League matches on the trot (W2, D3), the three-time European champions are as nearly as convincing as they were last season. But Brighton’s visit to the town could help ease some pressure on Rangnick, with the Old Trafford outfit winning each of their last five Premier League H2Hs by an aggregate score of 13-5. Worryingly, though, Man United have already dropped 13 points from winning positions this Premier League campaign, including the abovementioned draws with Burnley and Southampton, both of which saw them lead 1-0 at half-time.

Meanwhile, Brighton cruised to a 2-0 victory away to relegation-threatened Watford at the weekend, ending a run of three 1-1 draws in the Premier League. Brimming with confidence after losing a league-low one away fixture this season (W4, D7), the ‘Seagulls’ will be looking to defy their dreadful midweek record in the competition of late. Indeed, Graham Potter’s men have picked up just two triumphs from their last 20 midweek Premier League fixtures (D8, L10). There’s another jinx Brighton will have to break if Potter is to mark his 100th managerial appearance in the Premier League with a win, as they’ve never won an away league match against both Manchester clubs in 19 attempts (D3, L16). Curiously, the visitors have only lost one of their eight Premier League away games after conceding the opening goal this season (W1, D6), showing they are not playing around. 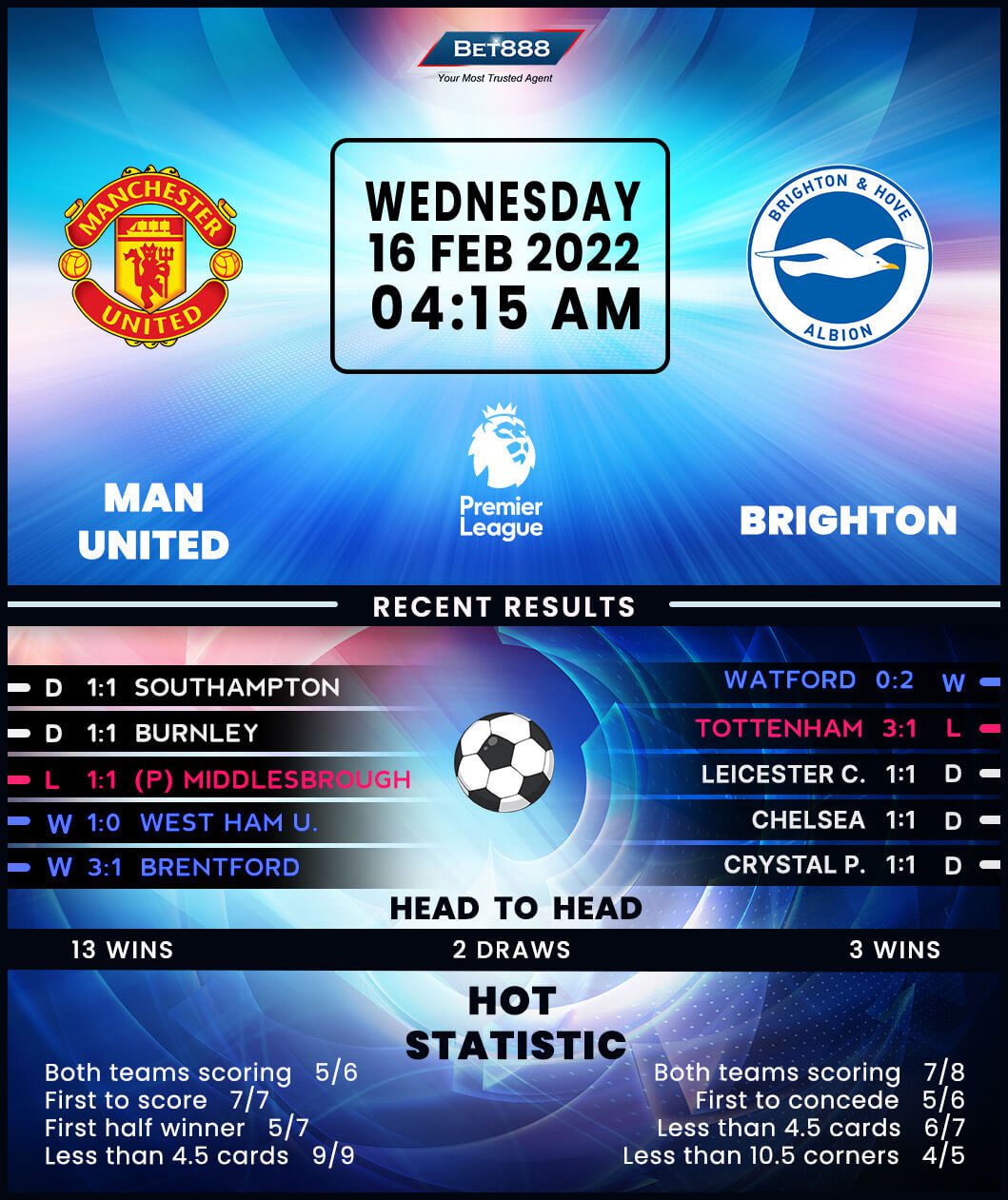