Manchester United and Liverpool go head-to-head at Old Trafford in one of the most highly anticipated fixtures on the Premier League season schedule.

Understrength Manchester United side succumbed to a 2-1 home defeat to Leicester City a couple of days ago, putting an end to a 14-match unbeaten Premier League run (W8, D6). Old Trafford has recently been a venue of entertainment, with five of United’s last six Premier League matches here witnessing over 2.5 goals and both teams scoring. Curiously, since the competition was rebranded in 1992, the ‘Red Devils’ have lost just one of their 13 Premier League fixtures contested on a Thursday (W8, D4), courtesy of a 3-1 loss against Middlesbrough back in 2002. Furthermore, United have suffered just one reverse in their last 15 home meetings with Liverpool across all competitions (W10, D4), courtesy of a 3-0 league thumping back in 2014. Worryingly, though, Ole Gunnar Solskjaer’s men have failed to outscore Liverpool in eight of their previous nine Premier League encounters (D6, L2) and are winless in the last five on the spin (D3, L2).

In the meantime, the visitors have managed just two victories in their six midweek Premier League matches this season (D1, L3), failing to score in all four fixtures they didn’t win. Encouragingly, though, the ‘Reds’ have racked up five triumphs in their last seven away Premier League games (D1, L1), more than they had in their previous 15 in the competition (W4, D6, L5). Following a 3-2 loss in the FA Cup last-16, Liverpool face the prospect of suffering back-to-back defeats to United in all competitions for the first time since 2016. The Merseysiders boss Jurgen Klopp has yet to win a single match at Old Trafford as a manager (D4, L2), something he hasn’t experienced at other venues. Quick out of the blocks, the dethroned English champions have opened the scoring in the second-most 12 Premier League trips this term. 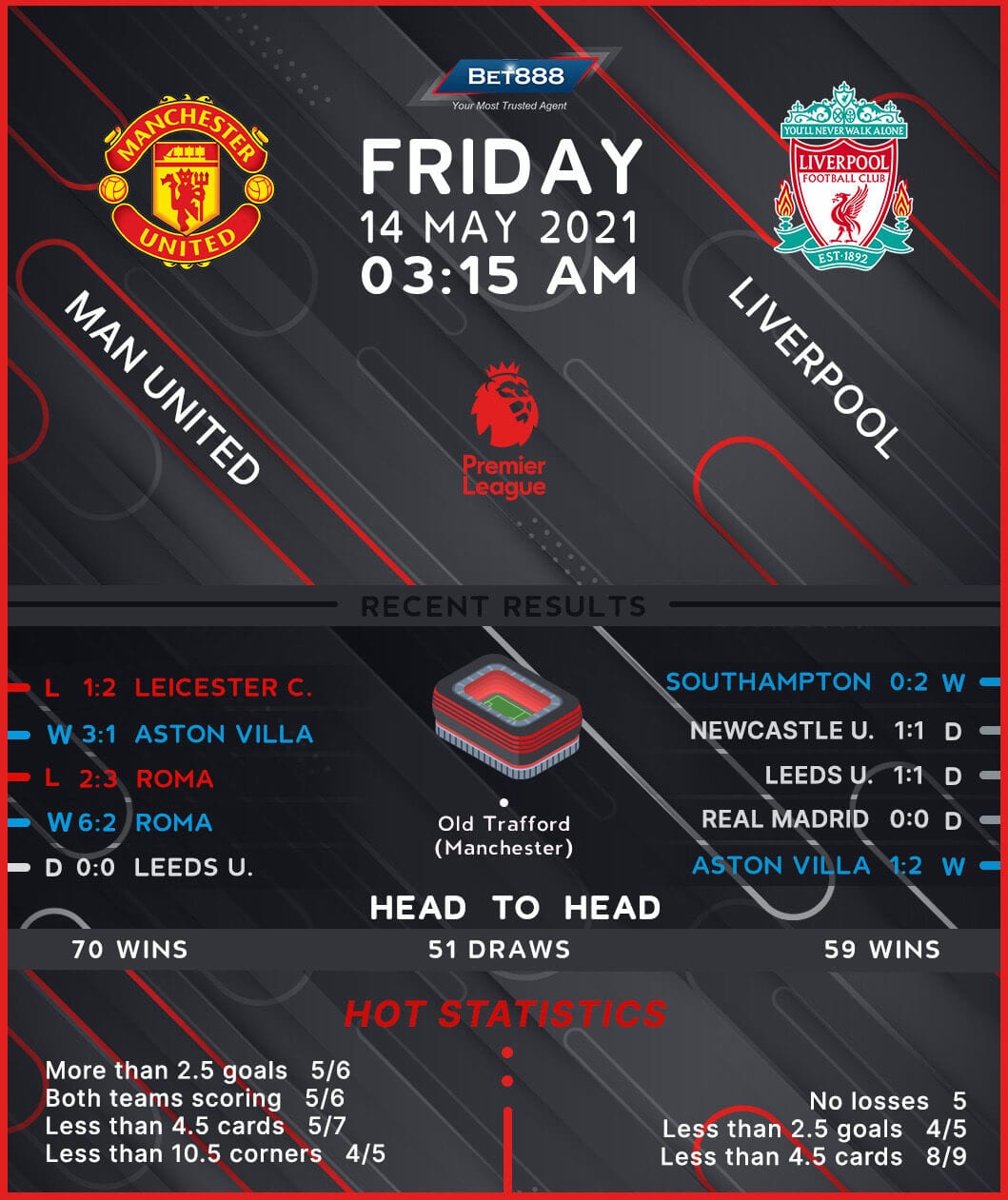