Marseille will be aiming to put a disappointing midweek trip to Lyon behind when they face mid-table Angers at the Stade Velodrome.

Marseille turned a 1-0 half-time lead into a 2-1 defeat at Lyon in midweek Ligue 1 action, putting an end to a stunning nine-game unbeaten run in all competitions (W6, D3 – 90 mins only). Indeed, before going down at the Groupama Stadium, ‘Les Olympiens’ were unbeaten in five consecutive Ligue 1 fixtures (W3, D2), keeping a clean sheet in all three victories. Back at the Stade Velodrome, where they’ve not won any of their last three league outings (D2, L1), Marseille will be looking to avoid going winless in four straight top-flight home games for the first time since April 2016. Angers’ visit to the town comes in handy, with Jorge Sampaoli’s men going unbeaten in their last five top-flight H2Hs as hosts (W2, D3).

In the meantime, Angers have endured a mixed start to the new calendar year (W1, D1, L1), failing to trouble the scoresheet in both games they didn’t win in that period. Stuck in mid-table lethargy, the visitors have been prone to drawing their away Ligue 1 matches this season, with a league-high 64% of their top-flight road trips ending level (GP11 – W2, D7, L2). But they’ve been an exciting team to watch on the road recently as three of their last four away league games have witnessed 3+ goals and both sides scoring. Interestingly, as much as 25% of Angers’ Ligue 1 goals scored this season have come from the penalty spot (7/28), including the last two. Conceding first would likely see ‘Les Scoïstes’ wave goodbye to their ambitions of posting their first top-flight win at the Stade Velodrome since September 2015. They’ve not won any of their five Ligue 1 away matches when falling behind this term (D4, L1). 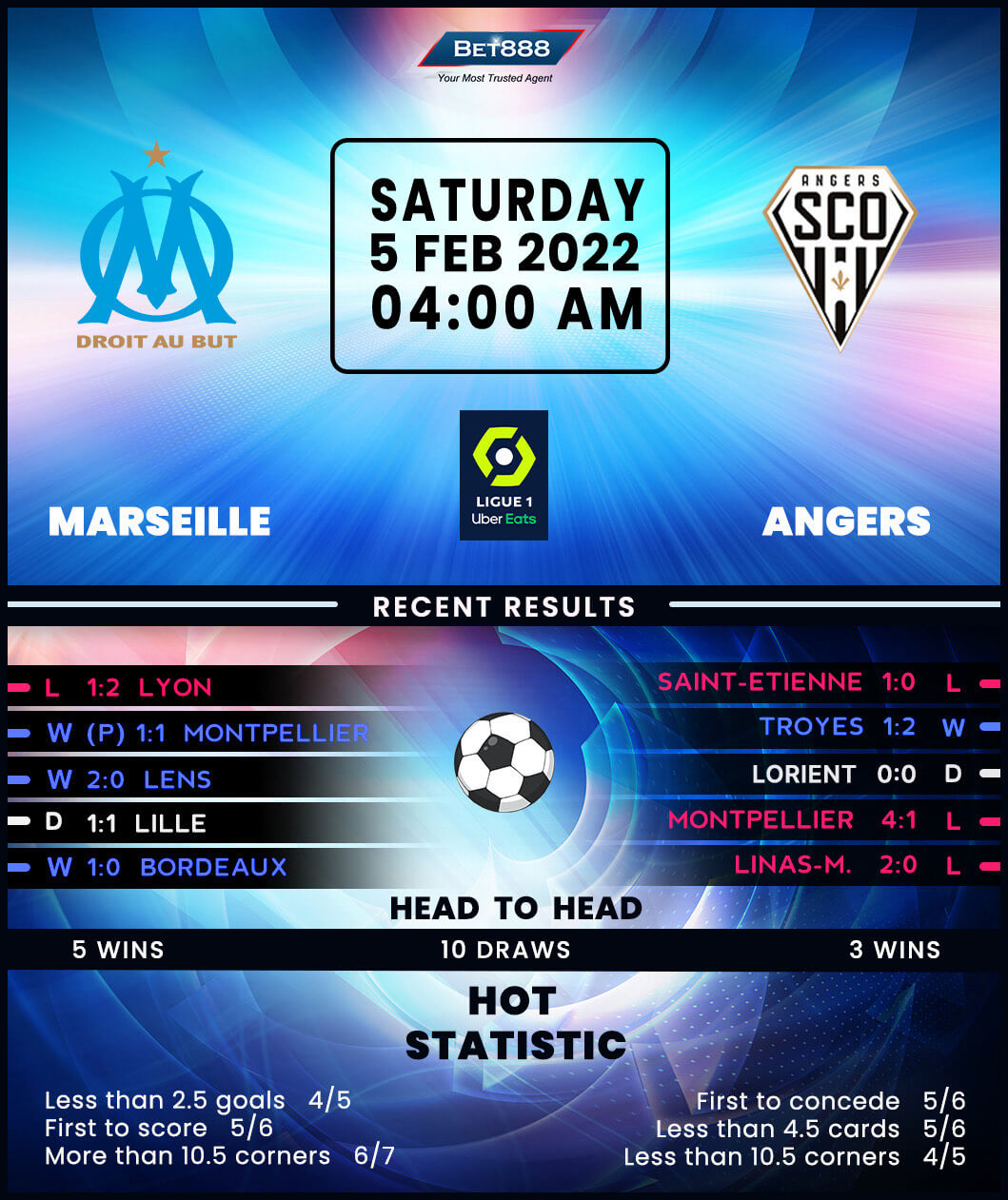