Mexico have picked themselves up from back-to-back defeats in the 2022 World Cup qualifying campaign to string together three qualifying matches without losing (W2, D1) in the build-up to this clash. Despite leading the overall H2H stakes (W36, D15, L22), the Mexicans have lost their last three competitive meetings with the United States, including a brace of heartbreaking defeats in last summer’s Gold Cup and CONCACAF Nations League grand finals. That said, ‘El Tri’ have never lost a competitive H2H at Estadio Azteca (W7, D3), while they’ve gone unbeaten in all five home outings in the ongoing World Cup qualifying campaign (W3, D2). However, four of Mexico’s five home matches in the current qualifying cycle were level at half-time, highlighting the potential for a lacklustre first-half battle.

In the meantime, the United States bounced back from a 2-0 defeat away to neighbours Canada with an overwhelming 3-0 home triumph over North American minnows Honduras last time out. Except for another victory away to Honduras back on Matchday 3, the ‘USMNT’ have failed to win any of their remaining four matches on the road in the ongoing World Cup qualifiers (D2, L2), scoring just a single goal across those four fixtures. Underwhelming first-half showings away from home have seen the USA fail to grab a half-time lead in any of their five travels in the current qualifying cycle (HT: D3, L2). But anything other defeat in Mexico City would put the USA’s hopes of reaching their first appearance at the World Cup finals since 2014 beyond doubt. 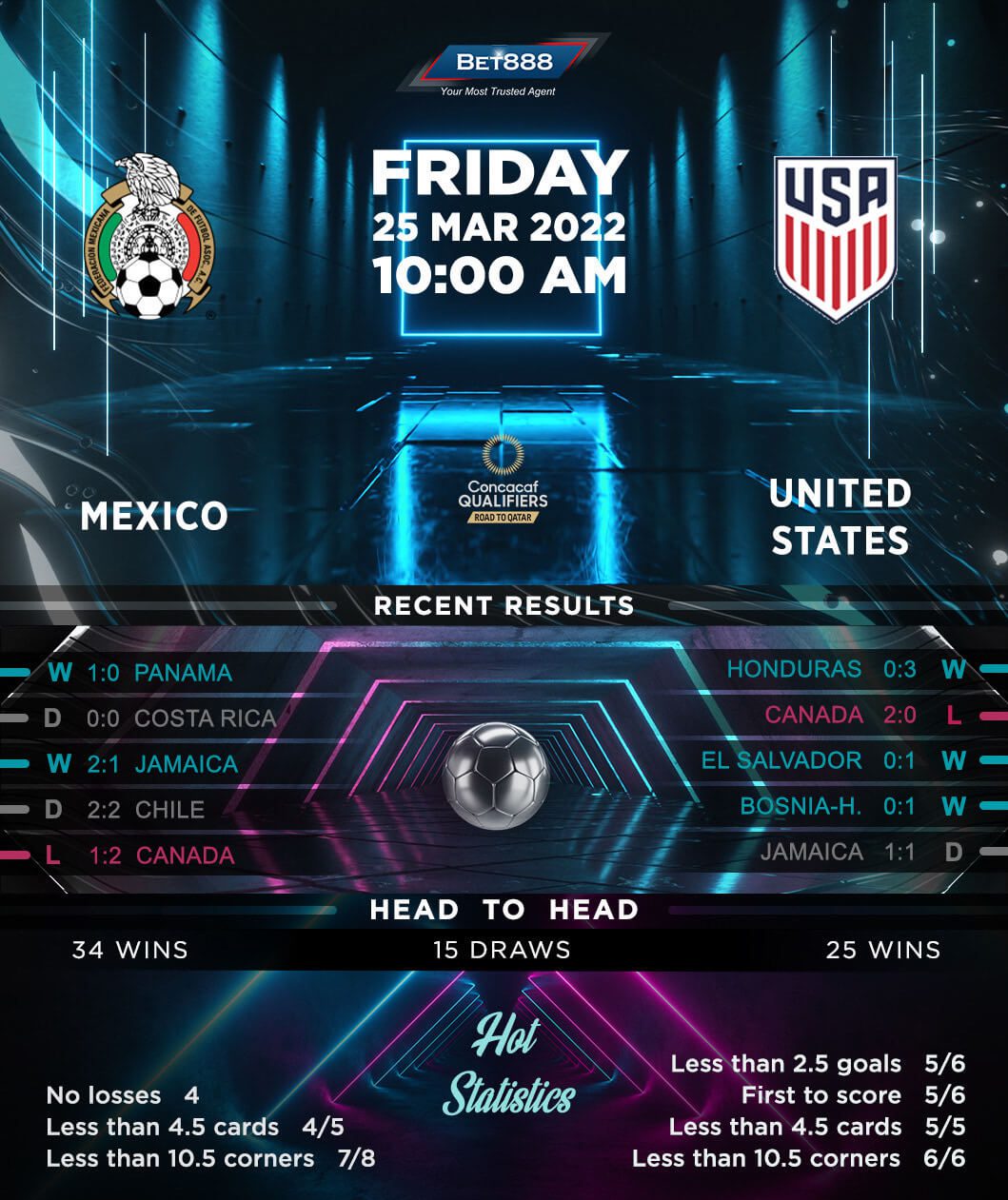