Middlesbrough and Tottenham Hotspur are set to trade tackles in an exciting FA Cup fifth-round showdown.

Coming into this fixture, Middlesbrough suffered a 3-2 defeat away to Barsnely, denting their hopes of reaching the coveted Championship play-offs. Chris Wilder’s men have struggled with inconsistent performances of late, alternating between victories (2) and defeats (2) across their last four league outings. However, high scoring has been a common theme in Middlesbrough’s recent competitive matches as each of the last five have seen over 2.5 goals and both teams on the scoresheet. After defying the odds to oust Manchester United from the previous FA Cup round, the ‘Boro’ can draw confidence from their outstanding home form as they look to eliminate two Premier League clubs as a side outside top-flight in the same FA Cup campaign for the first time since 1991/92. They have won their last seven home league games!

Meanwhile, Tottenham cruised to a clear-cut 4-0 win away to Leeds United at the weekend to bounce back from an underwhelming 1-0 defeat at Burnley last midweek. With their Premier League title hopes long gone and their involvement in other domestic and European competitions halted, ‘Spurs’ are left with the FA Cup as their only shot at silverware this term. Notably, the Londoners have never lost to Middlesbrough in FA Cup action, drawing two of their previous six such encounters while winning the other four. Yet, Tottenham’s indifferent away form has seen them alternate between wins (4) and losses (3) across their last seven road trips in all competitions. Since five of those seven results (win/loss) saw the winner on the day keep a clean sheet, scoring first could be of the essence here. 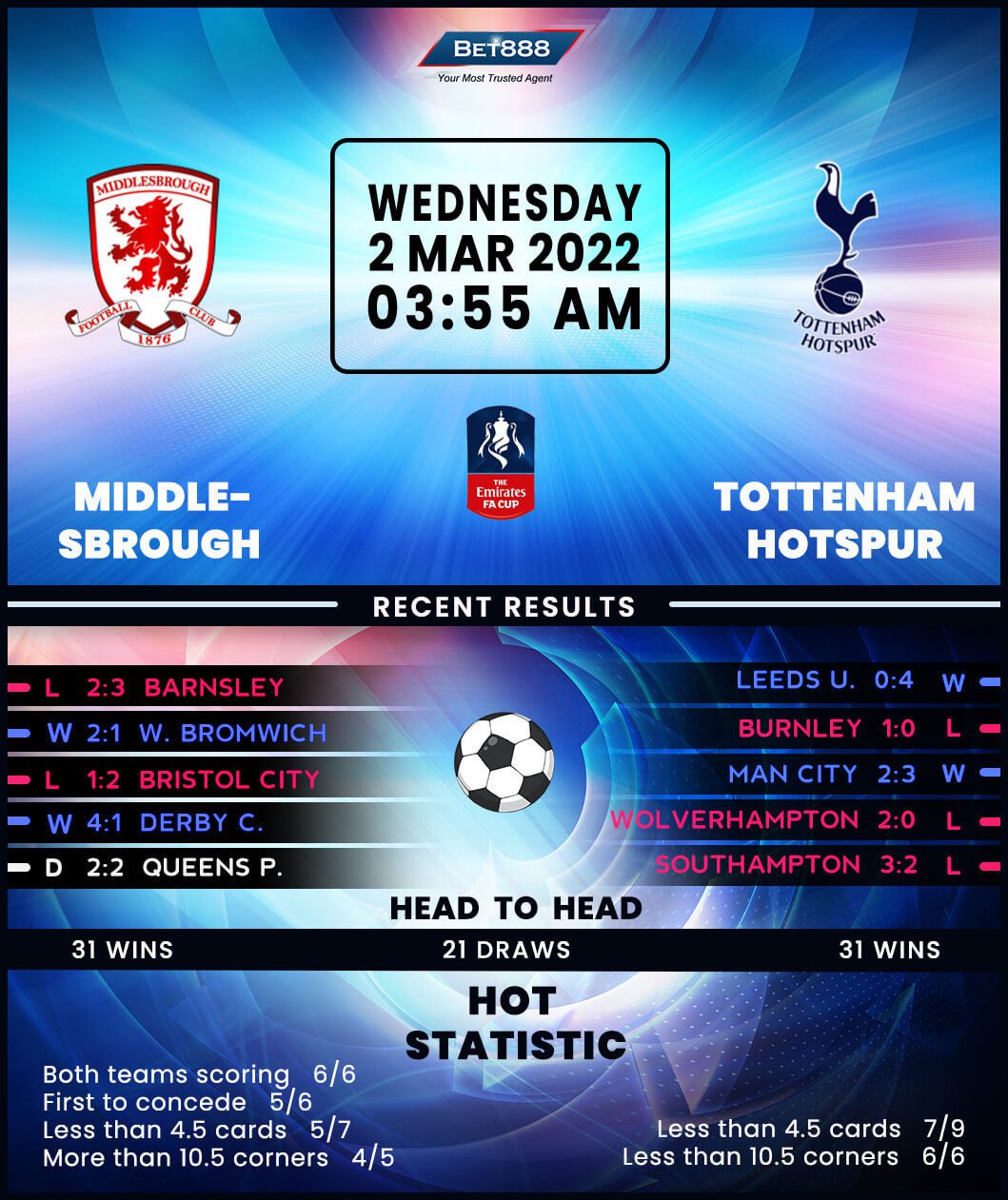