Stade Louis II is the venue as Monaco and Rennes go head-to-head in a mouth-watering Ligue 1 showdown.

Monaco will have to rally their troops quickly following a heartbreaking Champions League third-round qualification exit at the hands of PSV Eindhoven. Despite leading until the 89th minute, ‘Les Monégasques’ conceded a late equaliser before collapsing in extra time. But Philippe Clement’s side started the new Ligue 1 season on a high, pulling off a 2-1 win away to Strasbourg on matchday one, making it ten wins from 11 league games (D1), last season included. There’s a good chance they could make it two from two, as they’ve lost just once in their 12 previous top-flight home clashes against Rennes (W9, D2). Back to the French principality, Monaco will be aiming to maintain an impressive defensive record that has seen them concede a league-low five home goals this calendar year.

In the meantime, Rennes’ stuttering start to the new Ligue 1 season saw them go down 1-0 at home to last season’s relegation fighters Lorient. Head coach Bruno Genesio went public with his frustration over Rennes’ ‘lack of efficiency’ in front of goal, convincing the club to sign PSG starlet Arnaud Kalimuendo to bolster his options in the frontline. The young striker’s arrival could help up top, but improvement is desperately required at the back, with ‘Les Rennais’ still waiting for their first Ligue 1 clean sheet away from home in 2022. Moreover, they have conceded 2+ goals in seven of their ten top-flight travels this calendar year, which has been the case in their last three league visits to Monaco (L3). 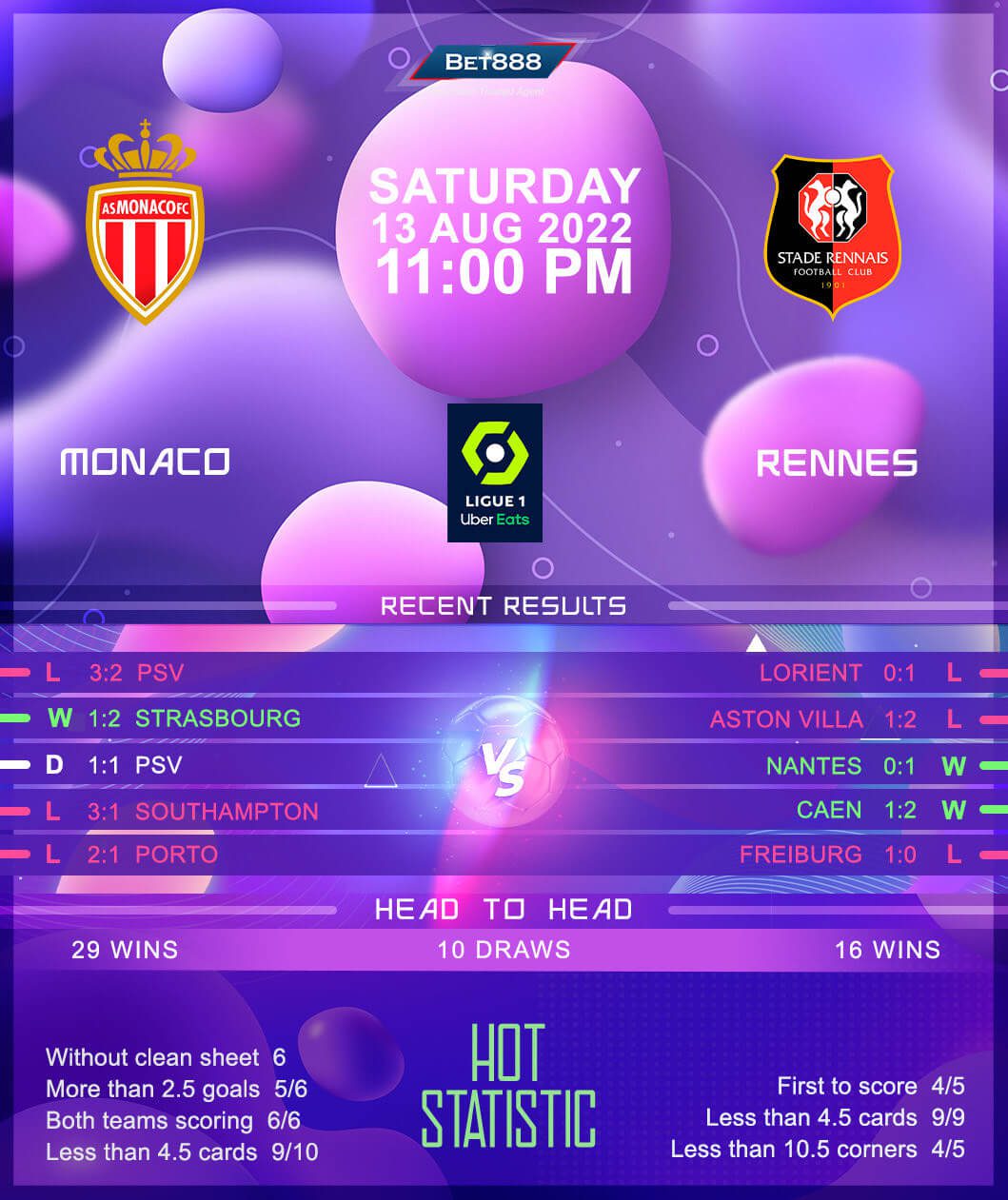