Having secured back-to-back World Cup appearances for the first time in the 21st century, Morocco will hope to better an underwhelming group-stage exit from ‘Russia 2018.’ However, stretching back to 1994, the ‘Moroccans’ have only won one of their last nine matches in the World Cup group phase (D2, L6), courtesy of a 3-0 demolition of Scotland in 1998. Despite coming into the tournament on the back of an impressive seven-game unbeaten run (W5, D2), the ‘Atlas Lions’ enter this group as underdogs. Adding to this sentiment, Morocco’s all-time record against active UEFA nations currently in FIFA’s top 40 spells further trouble (W8, D9, L18). Yet with Hakim Ziyech and Youssef En-Nesyri leading the way, Walid Regragui’s men will look to turn their fortunes around in Qatar.

In the meantime, the beaten 2018 World Cup finalists Croatia head into proceedings on the back of a stellar five-match winning streak, including four victories down the final stretch of the 2022/23 UEFA Nations League season. Beating reigning world champions France and last summer’s Euro 2020 semi-finalists to a top place in Group A1 proved Croatia’s memorable run in Russia was no fluke. Keen to fly out of the traps again, the ‘Blazers’ can draw confidence from winning both previous World Cup matches against CAF nations by an aggregate scoreline of 6-0, most recently beating Nigeria 2-0 four years ago. However, Croatia’s proneness to sluggish World Cup starts has seen them lose their opening game in three of their five previous appearances at the tournament (W2). 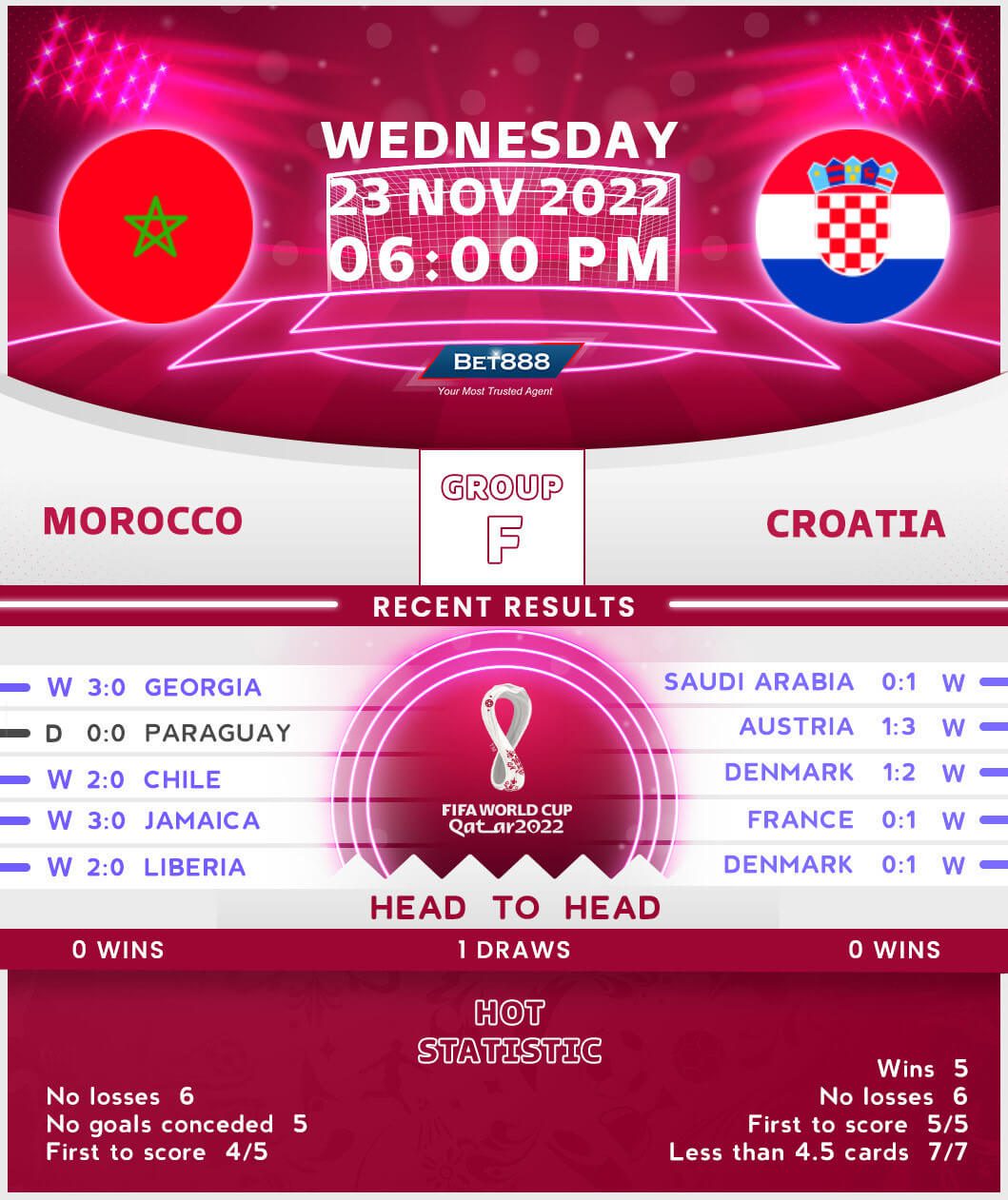