Fir Park is the venue as Motherwell and Hibernian go head-to-head in their opening 2021/22 Scottish Premiership game.

Three victories from four League Cup fixtures to begin the new competitive season (L1) must be a massive confidence boost ahead of Motherwell’s Premiership curtain-raiser. Moreover, the ‘Dossers’ have suffered just one defeat in their last seven competitive home games (D1, L1), netting 2+ goals 57.14% of those contests. The clean-sheet theme has highlighted the recent top-flight H2H meetings between these two teams – eight of their previous nine Premiership encounters have seen one or both teams fail to score, including the last four in a row. Interestingly, just one of Motherwell’s last 11 league matches against Hibernian at this venue has ended as a draw (W6, L4), with 27.27% of those fixtures seeing both sides on the scoresheet (3/11).

Ahead of the kick-off, Hibernian ousted Santa Coloma in the Europa Conference League qualifying on an aggregate score of 5-1 (3-0 H, 2-1 A), with four of their five goals scored coming in the second half of play. Taking the 2020/21 season into the equation, none of Hibernian’s last seven away games in all competitions have ended level (W5, L2), with 57.14% of the fixtures won/lost in that sequence seeing the winner on the day keep a clean sheet. Low scoring has been a common theme in Hibernian’s recent games across domestic competitions, as each of their last five such contests saw one or both teams fail to score in matches garnering under 2.5 total goals. Worryingly, Jack Ross’ men had drawn a blank in three consecutive top-flight trips to Motherwell before claiming a 3-0 win in their most recent such travel. 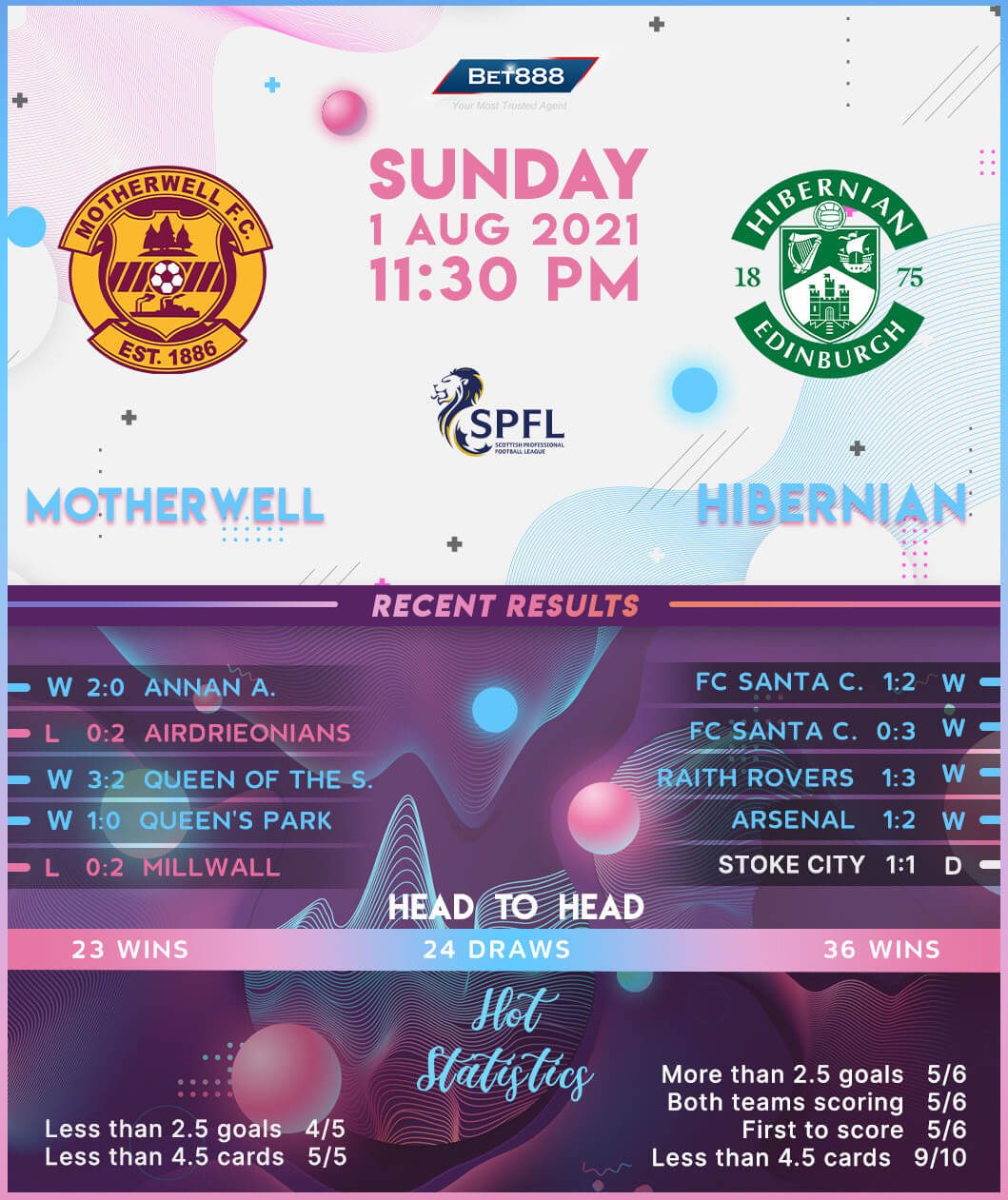