Muang Thong United will be desperate to find their feet in 2022 when they lock horns with Uthai Thani in the Thai FA Cup last-16 tie at the Thunder Dome Stadium.

An encounter against second-tier opposition could be a prime opportunity for Muang Thong United to pick up some steam following an underwhelming five-game start to the new calendar year (W1, D2, L2). A lack of ruthlessness in front of goal saw the ‘Twin Qilins’ score under 1.5 goals four times during that five-match sequence, with three of their four goals netted in that time coming beyond the 40-minute mark. At home, Mario Gjurovski’s men have gone from five consecutive top-flight victories to back-to-back outings without winning (D1, L1). On the bright side, though, before falling to a 1-0 defeat at the hands of Buriram United in their most recent home fixture, Muang Thong had bagged 2+ goals in six consecutive home matches, highlighting their scoring potential.

In the meantime, a 1-0 home triumph over non-other than Muang Thong back in mid-January fired Uthai Thani to a flying start to the new calendar year. After losing four consecutive Thai League 2 outings on the bounce, the visitors have won three of their last four competitive fixtures (L1), keeping a clean sheet on two of those occasions. Interestingly, since drawing 2-2 with Chainat in February, none of Uthai Thani’s last eight competitive away games have ended level (W4, L4), with 62.5% of those results (win/lost) coming by an identical 1-0 scoreline. But despite scoring precisely four goals in their last two competitive road trips (W2), the ‘Elephant’ will still have to defy the odds to crash the top-tier rivals out of the competition. 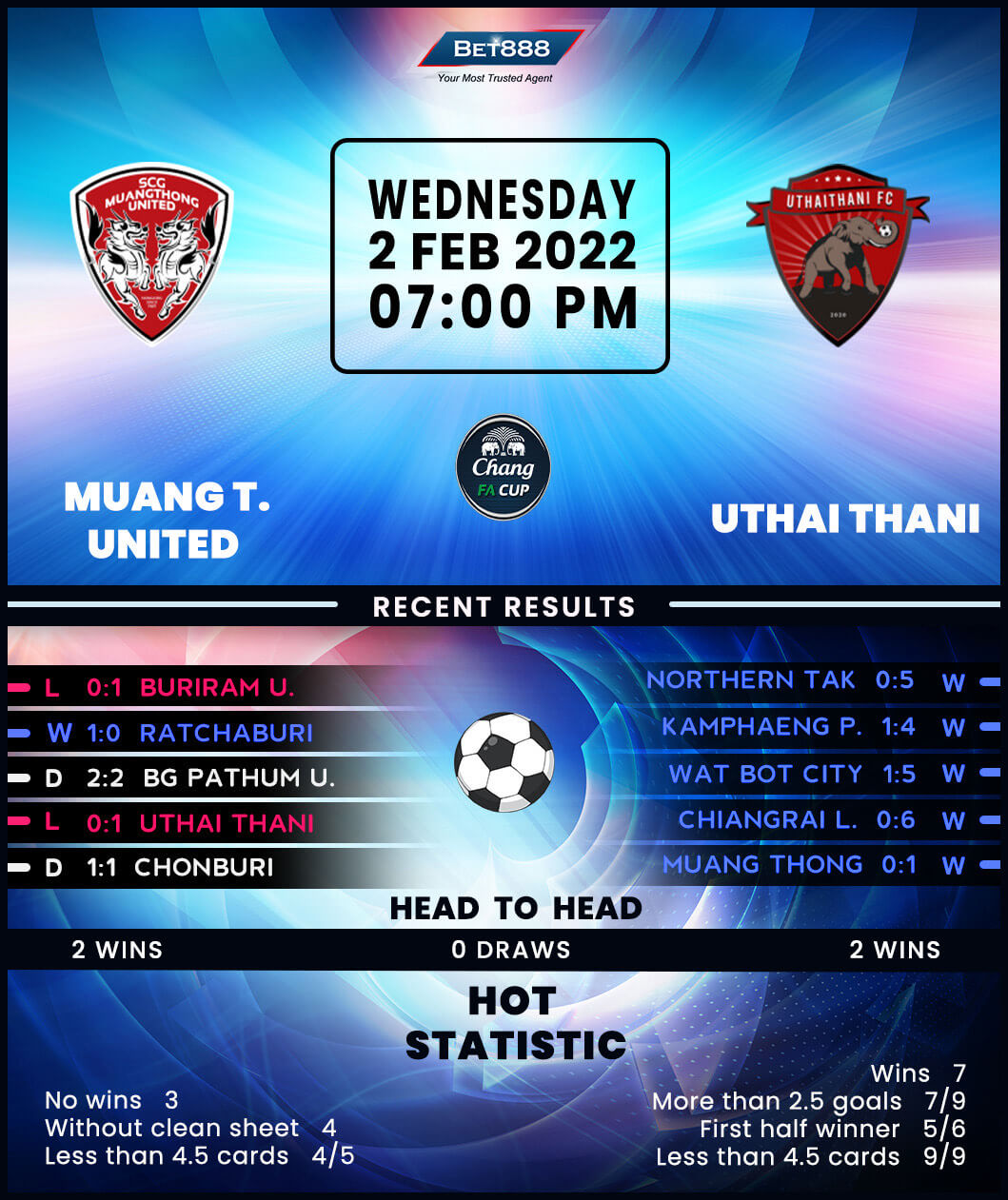