Mestni stadion Fazanerija is the venue as Slovenia’s Mura play host to Bulgaria’s Ludogorets in the first leg of their UEFA Champions League qualifying tie.

Mura made light work of their Champions League first qualifying round tie against North Macedonian outfit Shkendija, claiming an overwhelming 6-0 aggregate triumph (1-0 A, 5-0 H). Unfortunately, a disastrous 3-0 home loss to domestic rivals Tabor Sezana followed by, maintaining Mura’s indifferent form. Indeed, consecutive victories over Shkendija in their Champions League doubleheader remain Mura’s solitary successes across their last eight matches in all competitions, friendlies included (D2, L4). With that said, Ante Simundza’s men had gone unbeaten in all ten competitive home games in 2021 before that defeat to Tabor Sezana (W6, D4), registering seven shutouts in the process. Indeed, the clean-sheet theme has highlighted the Slovenians’ recent competitive fixtures, with five of their previous six outings across all competitions witnessing one or both sides fail to trouble the scoreboard.

As for Ludogorets, they won both of their Champions League first qualifying round legs against Shakhtyor Soligorsk by the identical 1-0 scoreline to reach the second qualifying round for the second season running. Back-to-back victories over the Belarusian team curtailed Ludogorets’ horrendous six-match losing streak in European football, a sequence that saw them concede 3+ goals on five occasions. Interestingly, both of the Bulgarians’ last two encounters against Slovenian opposition ended level, including a 2-2 draw with Maribor in their only previous visit to the country back in the 2019/20 UEFA Europa League play-offs. Before pulling off a narrow 1-0 triumph in Soligorsk, the ‘Eagles’ had lost two consecutive away fixtures by over 2.5 goals ‘to one,’ which remains a concern heading into this showdown. 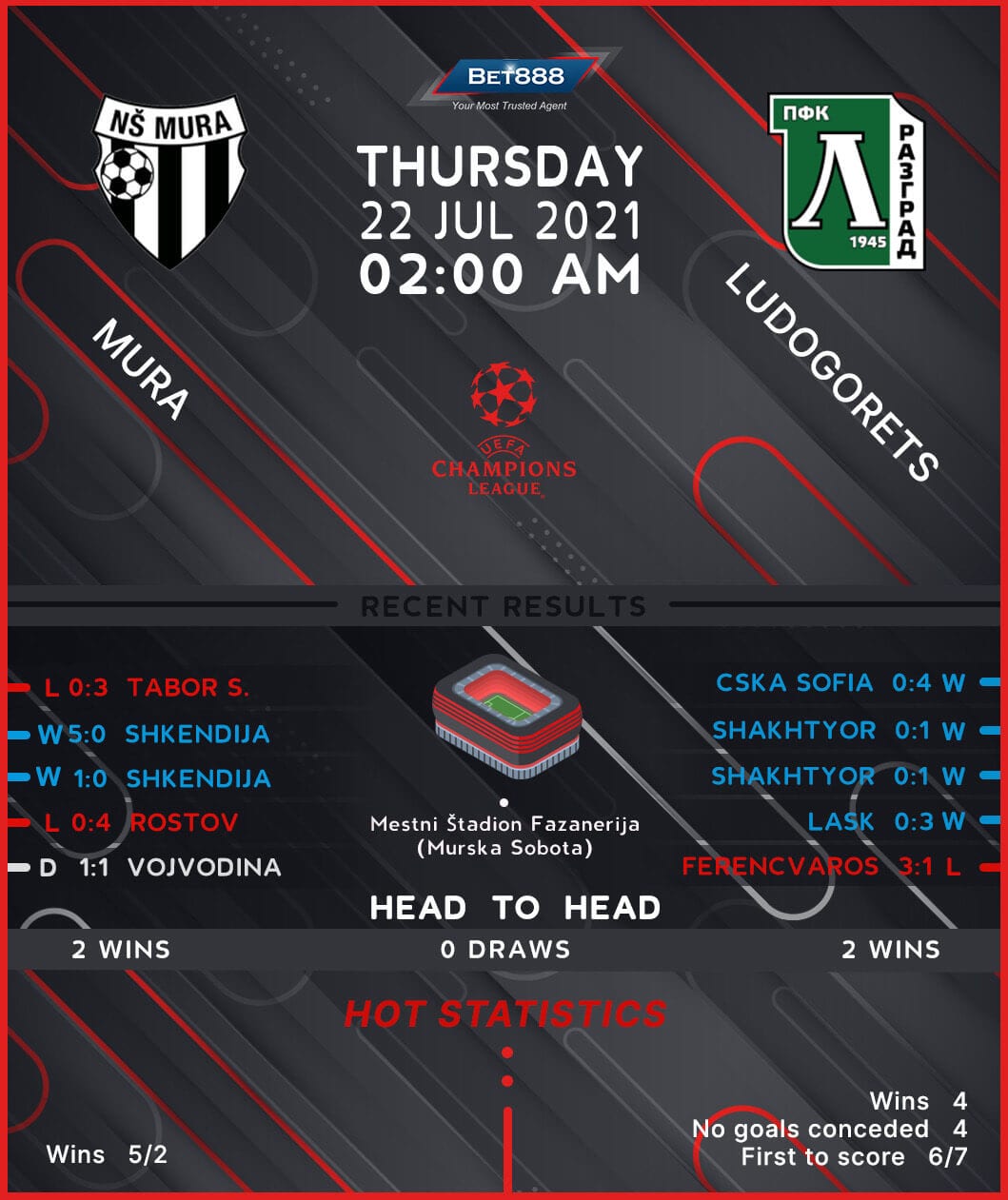