Stade de la Beaujoire is the venue as mid-table Nantes take on Ligue 1 pacesetters Paris Saint-Germain in an exciting match-up.

Since being held to a goalless draw to Monaco in their opening Ligue 1 fixture of the new calendar year, Nantes have alternated between victories (2) and defeats (2) in their last four league outings. But a hard-fought 1-0 win over Reims last time out gave the home side’s supporters a reason to hope for a first European finish since 2003/04 as ‘La Maison Jaune’ currently trail fifth-placed Rennes by a mere two points. With seven of Nantes’ ten Ligue 1 triumphs this season arriving at home, it’s natural to assume they will be looking to snap a two-game losing top-flight H2H streak at the Stade de la Beaujoire. Adding to Antoine Kombouare’s confidence, his men are unbeaten in their last four home league matches (W3, D1), scoring an average of 2.66 goals per win.

On the other hand, Kylian Mbappe’s last-gasp winner handed PSG a mammoth 1-0 first-leg win over Real Madrid in midweek Champions League action. The prodigious French forward helped ‘Les Parisiens’ overcome Rennes in a similar fashion last time out, with Mauricio Pochettino’s side entering this round on a run of four consecutive Ligue 1 victories. Bringing the 2020/21 season into the equation, Paris have lost just once in their last 31 Ligue 1 outings (W24, D6), confirming their reputation as a French football supreme power. Moreover, they are enjoying the longest ongoing undefeated away streak in Ligue 1 (W3, D4) despite conceding at least once in their last six league travels on the trot. PSG’s 20-game Ligue 1 record against Nantes (W18, L2) suggests they are likely to extend their unbeaten run on the road. 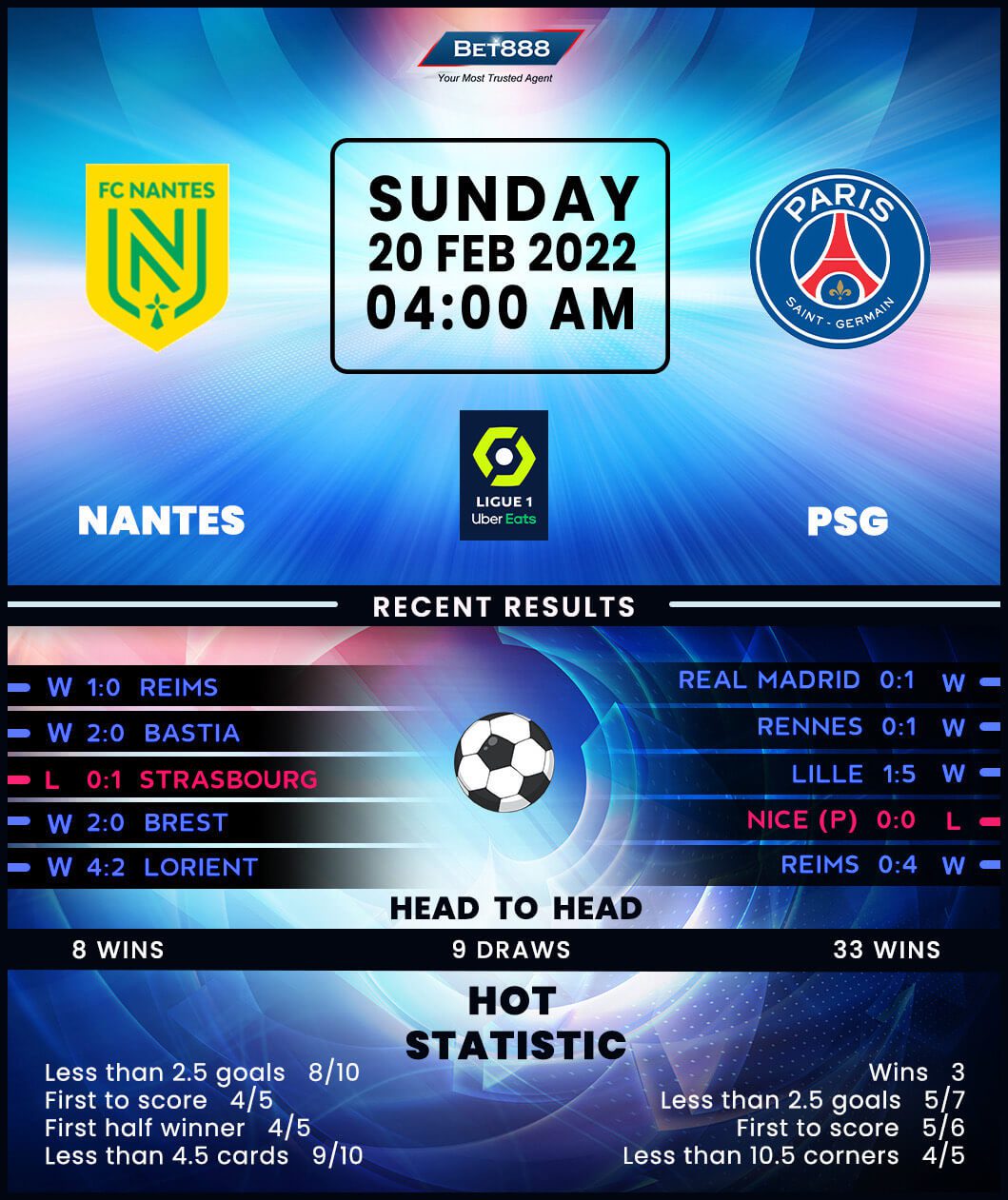