A 1-1 first-leg draw at Camp Nou gives Napoli and Barcelona everything to play for in the return leg of their mouth-watering UEFA Europa League knock-out play-off round tie.

Napoli’s 1-1 draw away to Cagliari earlier this week made it three identical 1-1 stalemates in a row across all competitions, though it means they are now unbeaten in their last nine competitive fixtures (W4, D5 – 90mins only). Despite their uninspiring form, ‘I Partenopei’ will draw confidence from going unbeaten in nine of their previous ten European home meetings with Spanish visitors (W3, D6, L1). However, their overall record in two-legged ties against La Liga opponents reads disastrously (W1, L7), including six defeats in a row! Napoli’s indifferent home record in the Europa League knock-out stages (W6, D5, L3) cannot encourage their bid to beat Barcelona in European action for the first time after three consecutive failed attempts (D2, L1). However, they’ve come victorious in all eight previous UEFA ties after drawing the first leg on the road.

On the other hand, Barcelona will take this trip in high spirits after claiming a crushing 4-1 derby win over Valencia at the weekend. But the ‘Blaugrana’ would like to get his tie over the line within regulation time after losing both previous competitive fixtures that were taken to extra-time. Worryingly, though, the Catalans have failed to go through in six of their 11 UEFA ties in which they drew the first leg at home. What’s more, Xavi’s men have picked up just one triumph in their last 11 springtime European matches outside Catalonia (D4, L6). The Spaniards can find comfort in their solid overall European record against Serie A clubs, having gone unbeaten in 49 (80%) of their 61 such engagements so far (W30, D19, L12). Indeed, they have won each of their last three competitive visits to Italy. 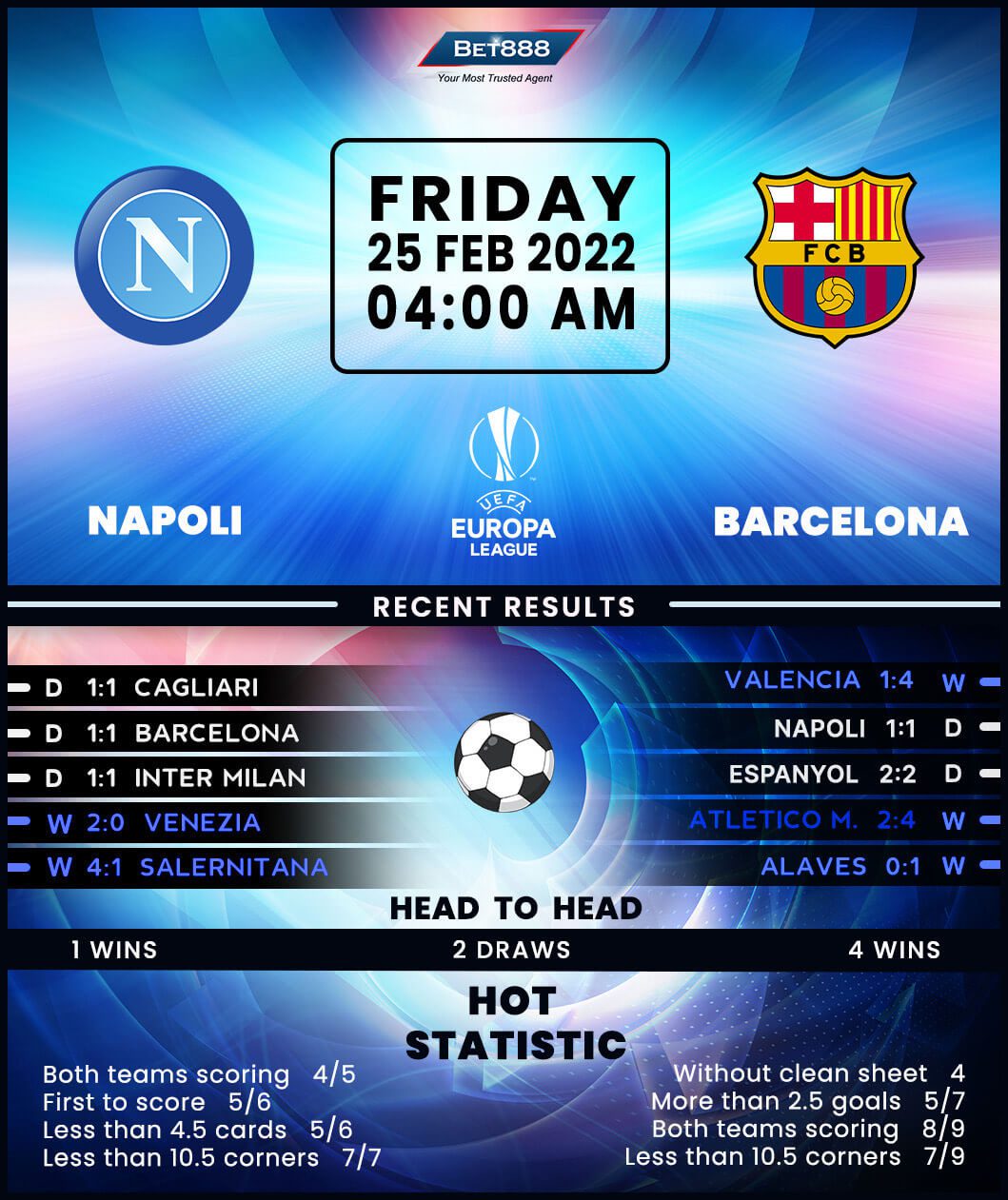