Stadio Diego Armando Maradona is the venue as Napoli and Fiorentina go head-to-head in a mouth-watering Coppa Italia last-16 tie.

Napoli squeezed past Sampdoria 1-0 at home last time out, halting a run of two consecutive Serie A matches without winning (D1, L1). Entertainment has been relatively sparse in Napoli’s recent fixtures as each of their last five league outings has featured under 2.5 overall goals, four of which yielded an identical 1-0 scoreline (W2, D1, L2). Since being held to a 1-1 draw to Hellas Verona back in early November, none of their last six competitive home games have ended level (W3, L3). Since four of those six results (win/loss) witnessed the winner on the day keep a clean sheet, scoring first could be of the utmost importance here. Indeed, each of Napoli’s last four home meetings with Fiorentina has seen one or both sides fail to find the net (W2, D1, L1).

In the meantime, Fiorentina suffered a humiliating 4-0 defeat at Torino coming into this encounter, making it three competitive games without a victory in a row (W2, D1). But the visitors’ last win came in this competition as ‘La Viola’ outscored Serie B outfit Benevento 2-1 in the previous Coppa Italia round to set up this tie. Fiorentina’s chances of making it out of this last-16 tie look rather slim, though, as they’ve only won one of their last seven away matches against Serie A opponents (D1, L5), failing to get on the scoresheet in all five losses in that sequence. With four of their five goals scored in that period coming beyond half-time, expect ‘La Viola’ to put their foot on the gas in the second half. Unlike Napoli, Vincenzo Italiano’s men have been fun to watch lately, with eight of their last nine competitive fixtures producing over 2.5 total goals. 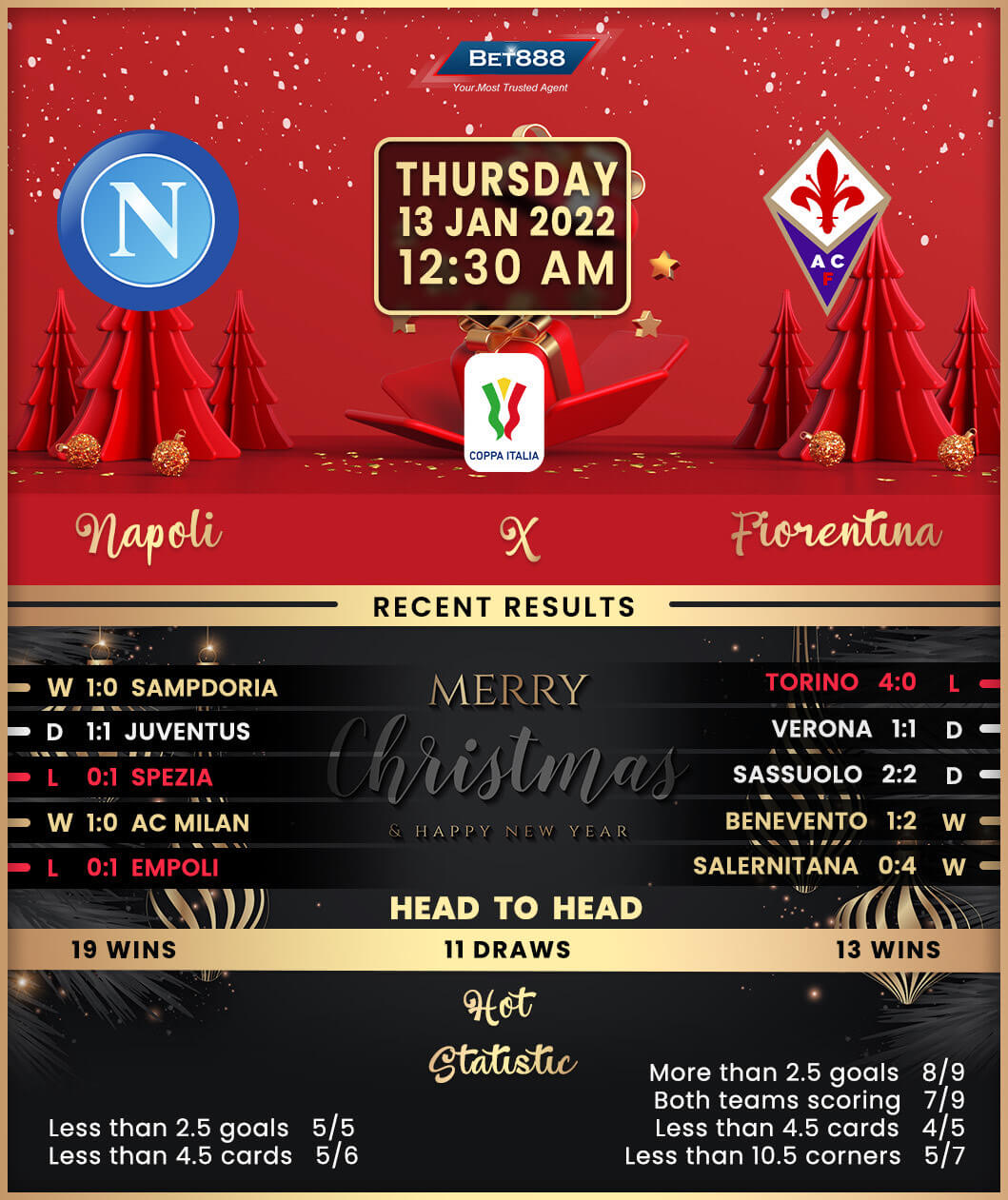