Stadio Diego Armando Maradona is the venue as Napoli and Inter Milan lock horns in a potentially title-deciding Serie A clash.

Napoli have hit the ground running in Serie A since a 1-1 draw away to Juventus at the start of the new calendar year, clocking up a four-game winning streak to close the gap on Inter to a single point. Notably, while three of those four victories came ‘to nil,’ three saw ‘I Partenopei’ prevail by at least a two-goal margin. Brimming with confidence following a noticeable upturn in form, Napoli will be looking to improve upon their disappointing top-flight H2H record of late, with just one win from their last nine Serie A clashes against Inter (D3, L5). That said, Napoli have only lost one of their 15 Serie A meetings with this opposition at home in the 21st century (W9, D5), courtesy of a 3-1 defeat in January 2020.

In the meantime, Inter Milan bounced back from a heartbreaking derby loss to AC Milan last time out (1-2) with a comfortable 2-0 home victory over Roma in midweek Coppa Italia action. After seeing their 14-game unbeaten run in Serie A come to a halt, ‘I Nerazzurri’ now stare at the prospect of losing back-to-back matches in the competition for the first time since March 2020. However, Simone Inzaghi’s men haven’t lost any of their last six Serie A games on the road (W4, D2), keeping a clean sheet in each of their last four on the trot. Another clean sheet would see Inter register five consecutive shutouts away from home in top-flight football for the fifth time in history, last achieving that feat in 1972. Regardless of what happens at the back, Inter will be confident of finding the net here, having scored in each of their last eight Serie A visits to Napoli. 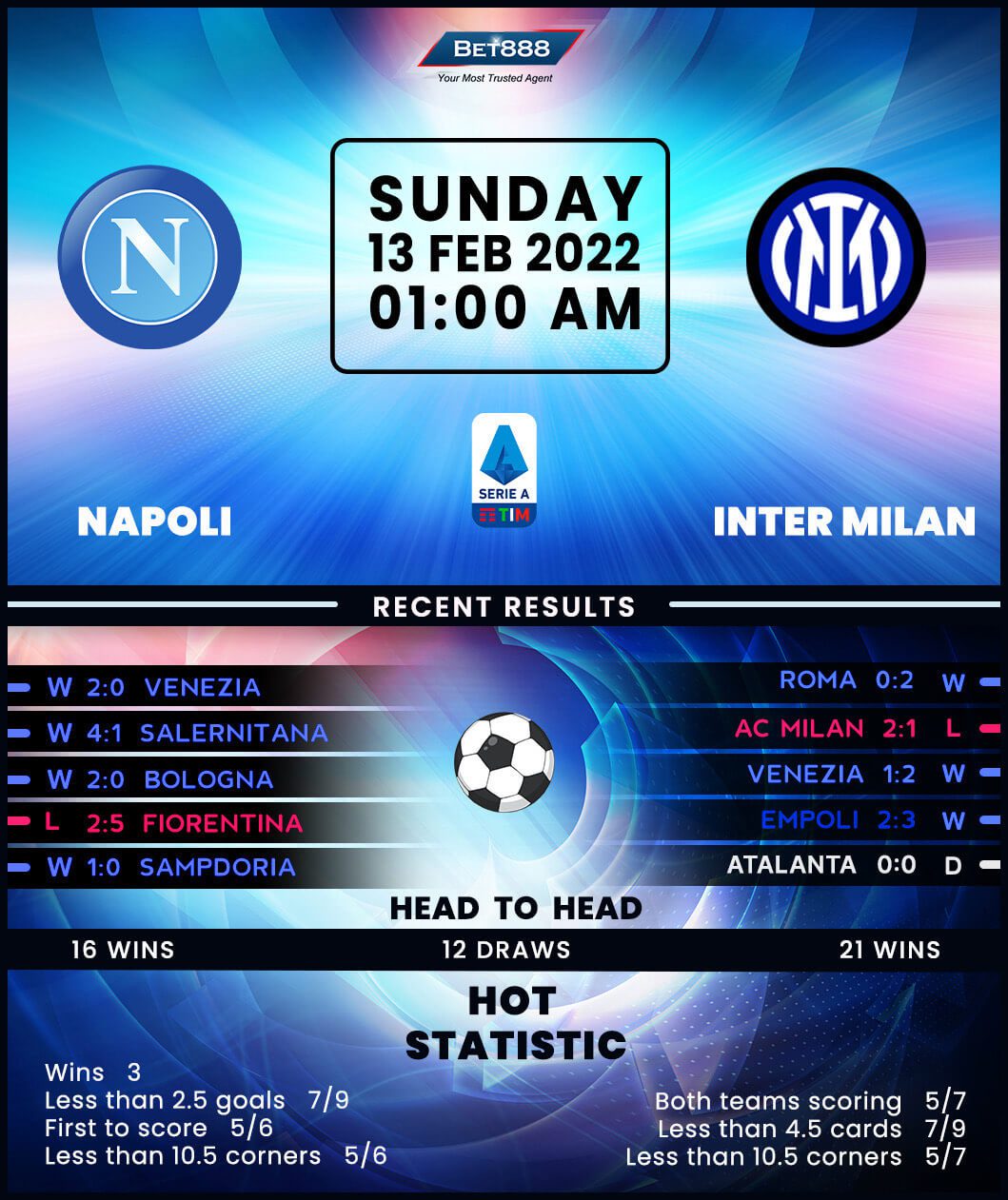