Morale-crippled Napoli will hope to bounce back from a series of poor results when they meet mid-table Sassuolo at the Stadio Diego Armando Maradona.

A disastrous eight-minute sequence witnessed Napoli waste a 2-0 lead to lose 3-2 at Empoli last time out, stretching their winless Serie A streak to three games (D1, L2). After putting their hopes of winning a first Scudetto since 1990 into the realm of the impossible, ‘I Partenopei’ will seek redemption against a Sassuolo side they’ve failed to beat in their last three Serie A H2Hs (D2, L1). Yet, Napoli have won three of their four previous competitive home meetings with this opposition (L1), with each result (win/loss) in this period yielding the identical 2-0 scoreline. All competitions included, Luciano Spalletti’s men are winless in five of their last six fixtures at the Stadio Diego Maradona (D2, L3), while they’ve kept just a single clean sheet in nine home outings in 2022.

On the other hand, Sassuolo have fallen apart since a 2-1 home beating of Atalanta, losing their last two Serie A matches by a single-goal margin to throw their top-half hopes into doubt. Playing away from home has not suited ‘I Neroverdi’ of late, as they’ve gone winless in their last three Serie A games on the road (D1, L2) after winning back-to-back such fixtures by multi-goal margins beforehand. Barring a memorable 2-0 win at Inter Milan in February, Alessio Dionisi’s men have failed to keep a clean sheet in their remaining 16 Serie A away outings this season, conceding an average of 1.81 goals per game. Particularly vulnerable before the break, Sassuolo have shipped a league second-high 16 first-half goals away from home this Serie A campaign. 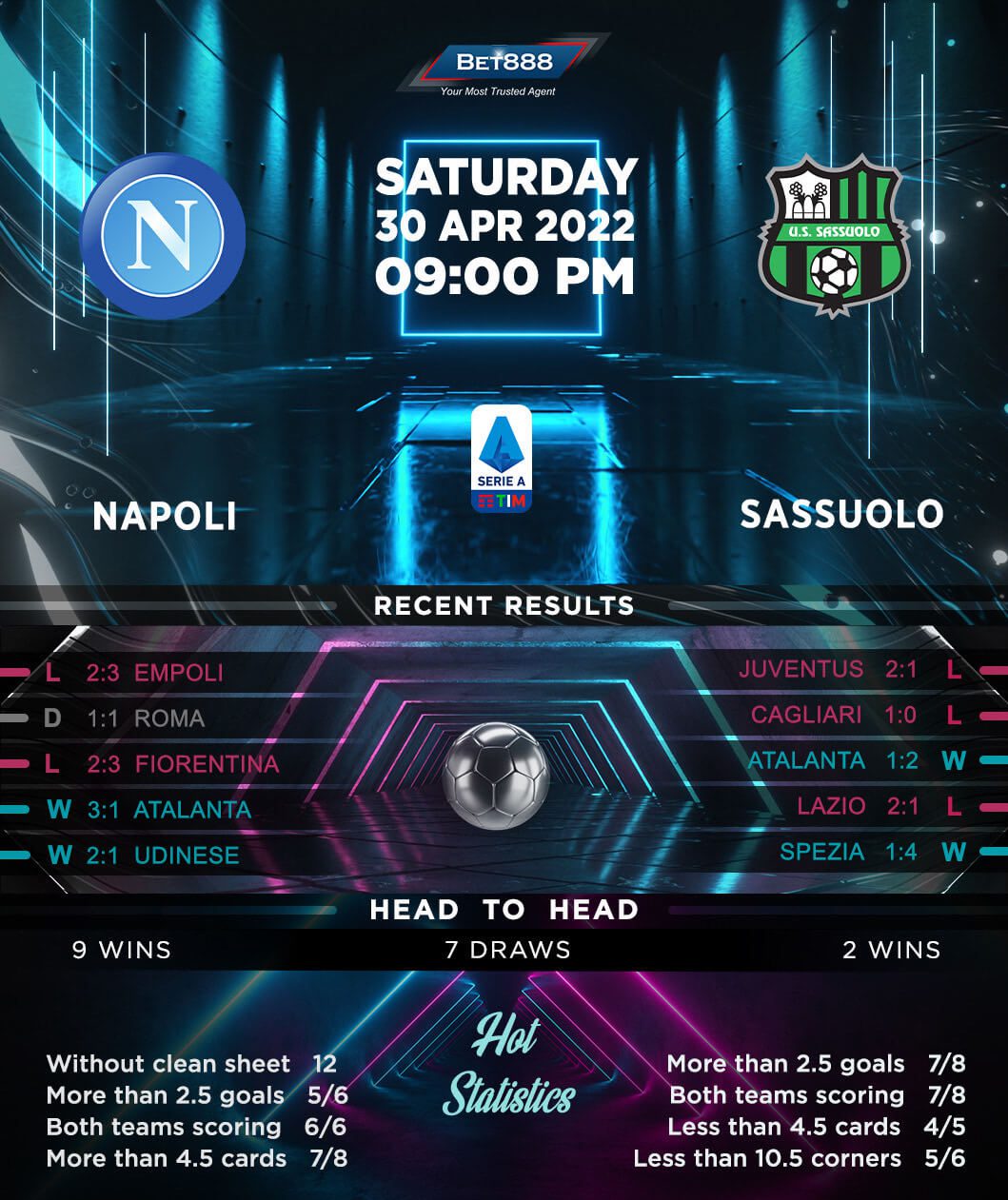