Napoli and Torino are set to trade tackles at the Stadio Diego Armando Maradona in an exciting Serie A match-up.

Napoli will hope that the international break hasn’t curtailed their momentum, as they won all seven Serie A fixtures heading into October’s international window. Another victory here would see the ‘Partenopei’ equal their best-ever eight-game Serie A start in history set in 2017/18 when they secured a runner-up finish. Though a triumph is far from a foregone conclusion, Napoli will be confident of staying unbeaten here, having avoided defeat in each of their last nine top-flight H2Hs as hosts (W5, D4). Luciano Spalletti’s men have netted 2+ goals in each of their three Serie A home fixtures this season, a feat they’ve only managed once across their last three Serie A encounters against Torino on home turf. Particularly prolific after the break, they have registered five of their six league home goals scored this term in the second half of play.

In the meantime, Torino fell to a heartbreaking 1-0 home loss to fierce rivals Juventus last time out and are now winless in three straight Serie A matches (D2, L1), all of which featured under 2.5 total goals. Despite averaging 1.28 goals per Serie A game this season, Torino will hope to get on the scoresheet here, having scored precisely once in each of their three league travels so far. Indeed, after drawing a blank against Juventus last time out, Torino stare at the prospect of failing to score in back-to-back Serie A fixtures for the first time since January. Torino’s hopes of winning here are far-fetched, though, as the ‘Granata’ have failed to win any of their last 12 top-flight meetings with Napoli (D4, L8). 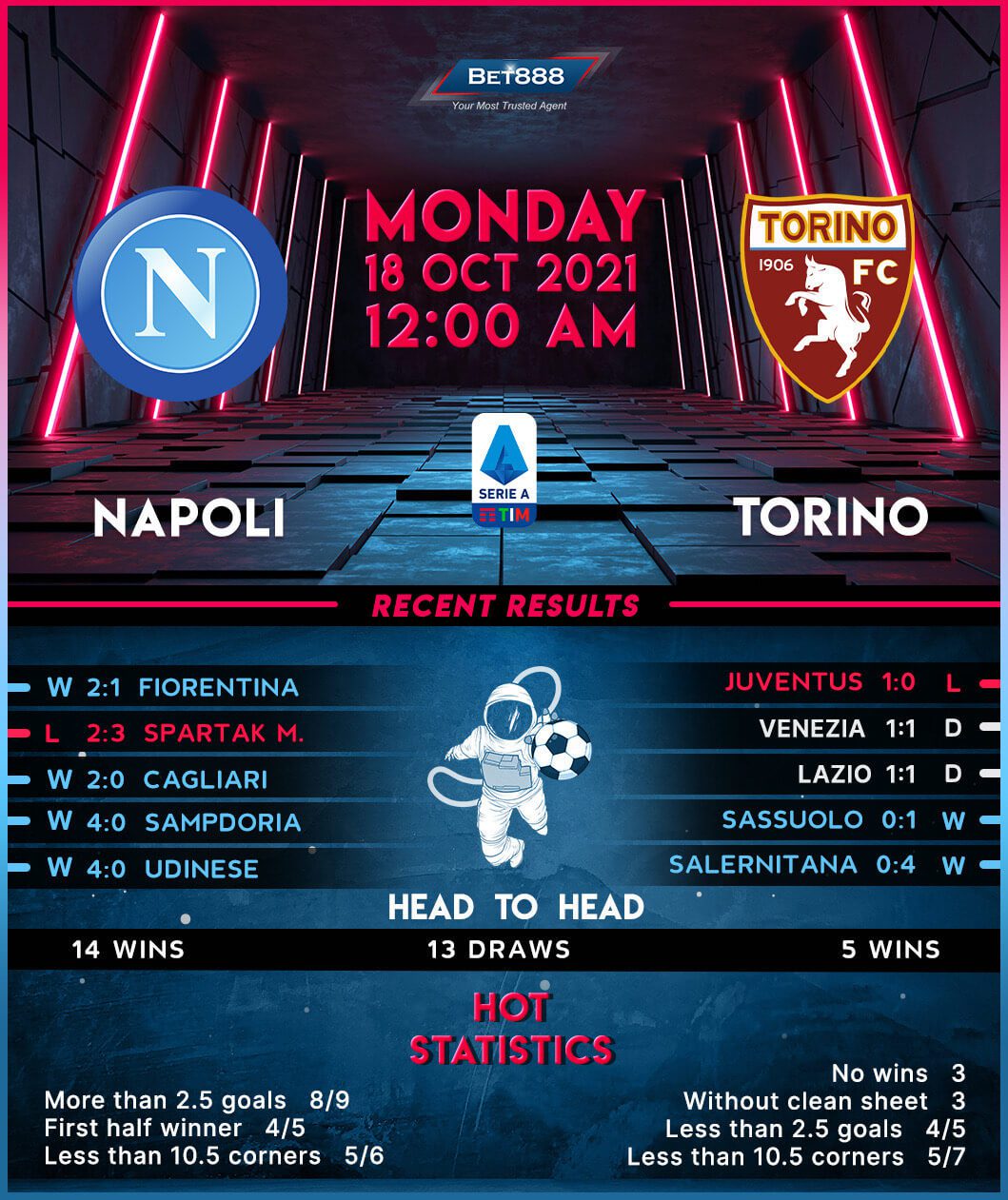