Stadio Diego Armando Maradona is the venue as fourth-placed Napoli take on mid-table Udinese in a must-win Serie A contest. Sitting two points clear of fifth-placed Juventus, the hosts can ill-afford a slip-up here if they are to qualify for next season’s Champions League.

Napoli head into proceedings in the midst of a purple patch, having avoided defeat in each of their last six Serie A matches (W4, D2), including a 4-1 away thumping of Spezia over the weekend. Moreover, ‘I Partenopei’ have turned the Stadio Diego Maradona into a fortress since shockingly losing to Spezia in their first home league game of 2021, clocking up a nine-game unbeaten Serie A streak at this venue since that reverse (W7, D2). Quick-start Napoli have opened the scoring in a league-highest 76.47% of their home Serie A outings this season (13/17), notably breaking the deadlock in each of their last ten league fixtures on home turf. Yet, Gennaro Gattuso’s men have failed to register a shutout in their last five Serie A games after keeping four consecutive Serie A clean sheets beforehand.

In the meantime, Udinese go into this encounter winless in back-to-back Serie A matches (D1, L1) despite winning the first half by the same 1-0 scoreline on each occasion. After failing to win five times in a row (D3, L2), the visitors have secured consecutive away league victories by an aggregate score of 6-3 and are now aiming to win three on the spin for the first time since December 2017. Easier said than done, though, with Luca Gotti’s men ending up on the losing side in eight of their last nine top-flight showdowns against Napoli (D1), with a 1-1 home stalemate in December 2019 being the lone exception. What’s more, ‘I Friulani’ have succumbed to six successive losses to Napoli away from home ahead of this fixture, conceding a total of 17 goals in that period. 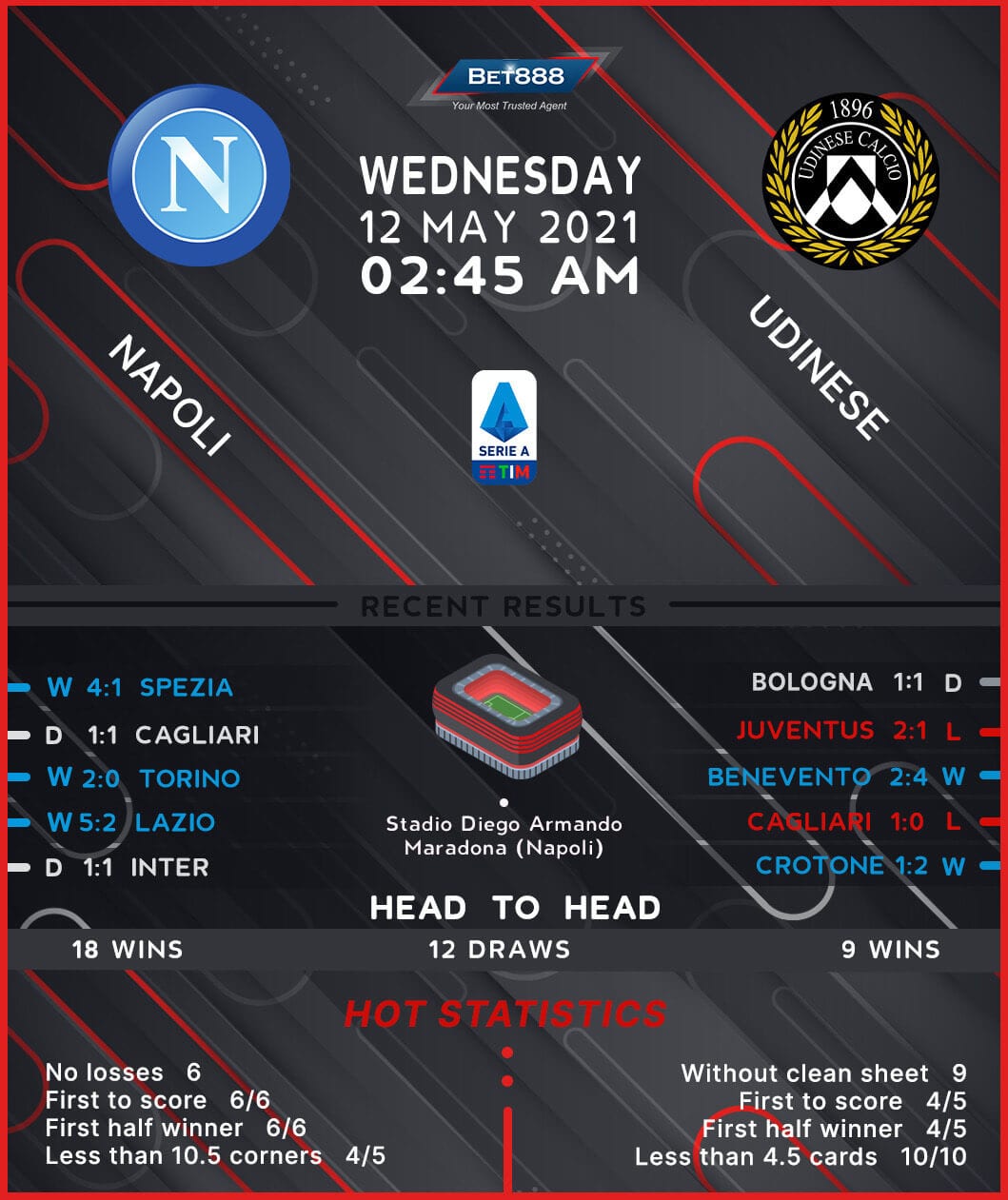