The Netherlands and Austria go head-to-head at the Johan Cruijff Arena in an exciting top-of-the-group encounter at Euro 2020.

The Netherlands prevailed 3-2 in a five-goal epic against Ukraine in their Group C curtain-raiser to put themselves in the driving seat to reach the knock-out stages of Euro 2020. Starting well will be a priority for the ‘Oranje,’ knowing they have come out victorious in all of the previous 21 international fixtures in which they opened the scoring, returning a resounding +59 goal difference from those wins (GF:66, GA:7). Additionally, the Netherlands have been relentless against Austria in their recent H2H battles. They have won each of their last six international meetings, twice as many triumphs compared to their 13 previous clashes against the Austrians (W3, D4, L6). What’s more, Ronald Koeman’s men head into proceedings having scored 2+ goals in each of their last eight international outings.

In the meantime, Austria eased past North Macedonia 3-1 in their opening game of the tournament and could be on the verge of reaching the knock-outs if they avoid defeat here. The victory over the European Championship debutants saw Austria put a nine-match winless streak at major international tournaments to a halt as they seek back-to-back wins in such competitions for the first time since 1982. Adding to their confidence, the Austrians have got on the scoresheet in all of their eight previous meetings with the Netherlands on foreign soil. Worryingly, though, only one of those eight encounters saw ‘Das Team’ come out on top, courtesy of a narrow 1-0 triumph in December 1993. Curiously, four of Austria’s five goals scored at the Euro finals have come from the substitutes, including two in their 3-1 success against North Macedonia. 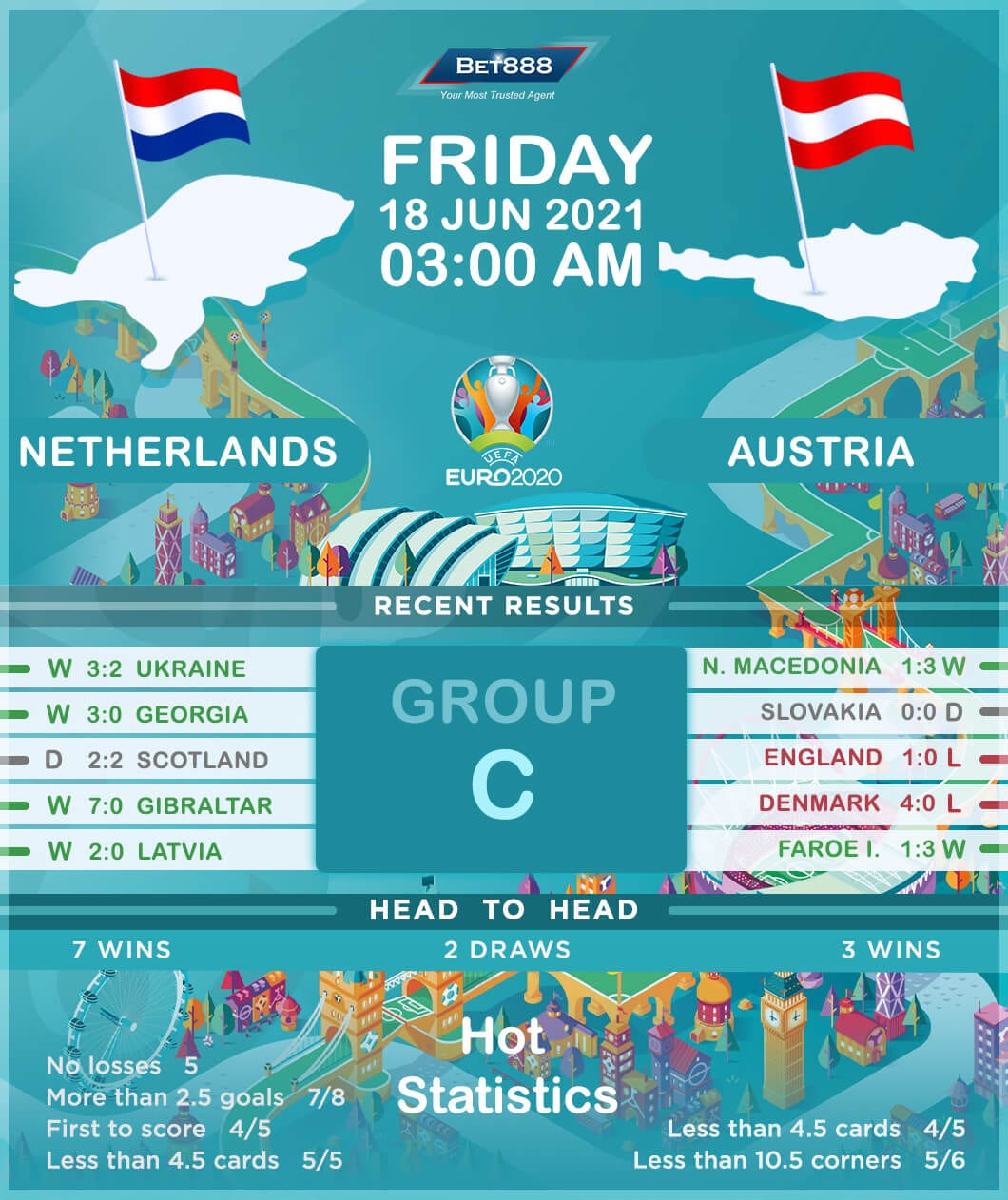