The Netherlands pulled off a ‘goal-friendly’ 4-2 win over Denmark in their first friendly during this international break, maintaining their 100% unbeaten ratio under current head coach Louis van Gaal (W6, D2). Since exiting last summer’s Euro 2020, the ‘Oranje’ have won all five home matches in all competitions, netting a staggering average of 4.4 goals per game. Delivering action from the get-go, Van Gaal’s men have scored precisely three first-half goals in three of their last four home outings, including the abovementioned victory over Denmark. The Dutch will feel confident about their scoring prospects here, having bagged at least two goals in each of their last four meetings with Germany (W2, D1, L1), including an enthralling 4-2 triumph in their most recent H2H back in September 2019.

Meanwhile, Germany made light work of Israel in their first warm-up fixture for the upcoming World Cup finals, cruising to a comfortable 2-0 HT/FT win a few days ago. Hansi Flick’s arrival at the helm has inspired Germany’s renaissance following an underwhelming Euro 2020 campaign. Indeed, ‘Die Mannschaft’ have won all eight internationals under Flick’s guidance by an aggregate score of 33-2. What’s more, they’ve racked up four consecutive triumphs on hostile turf in the post-Euro 2020 period, scoring precisely four goals in three of them. After becoming the first nation to book a ticket for Qatar, Germany will be looking to maintain the defensive solidity that has seen them win six of their last eight matches without conceding. Against this backdrop, they’ve shipped an average of 2.75 goals per game across their last four H2Hs versus the Netherlands. 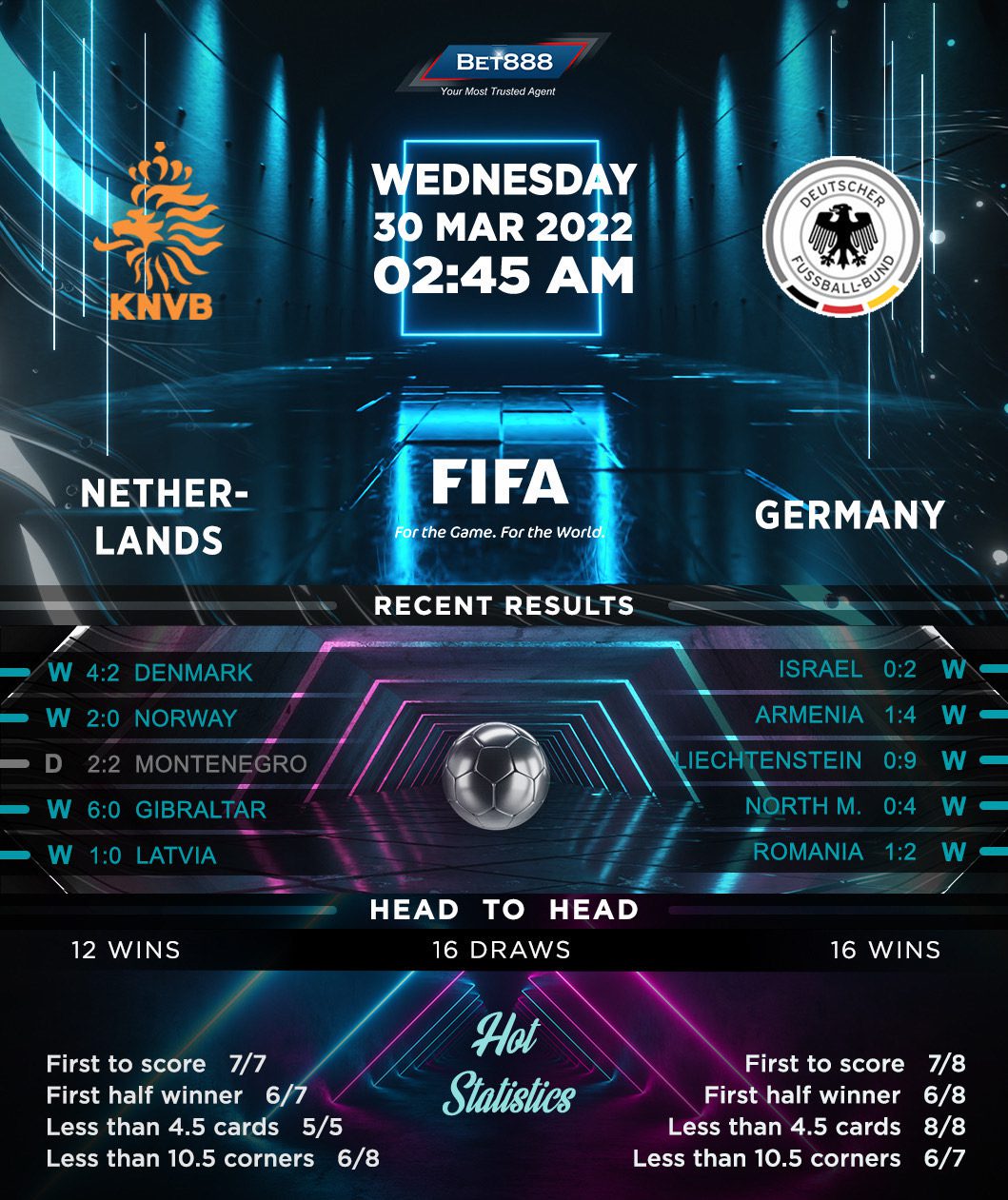