The Netherlands will be looking to solidify their position at the top of the World Cup qualification Group G when they take on minnows Gibraltar at De Kuip.

Louis van Gaal’s Netherlands side have picked up some steam following underwhelming Euro 2020 showings and look to be well on course of reaching their first World Cup finals since 2014. With three matches left to go in this World Cup qualifying cycle, the ‘Flying Dutchmen’ hold a two-point lead on second-placed Norway and are firmly in control of their destiny. Since being held to a 1-1 away draw to Norway on van Gaal’s third managerial debut for the national team, the three-time World Cup runners-up have won their last three World Cup qualifiers by a resounding scoreline of 11-1. A thumping 7-0 victory in the reverse fixture in March sums up the Netherlands’ expectations for this match-up in a nutshell, as they look to extend their winning streak in competitive home games to five.

On the other hand, Gibraltar’s horrendous return of seven defeats from as many World Cup qualification Group G matches very much explains why they are UEFA’s second-lowest ranked nation. After losing six of their seven Group G outings by at least a three-goal margin, it will be all about damage limitation for Gibraltar here. However, if they find the net here or any of their remaining two Group G fixtures, ‘Los Llanis’ would mark their most prolific World Cup qualifying campaign ever, having netted three times so far in this cycle. Interestingly, each of those three goals has come away from home, with none of their Group G hosts managing to keep them at bay so far. A fragile defense remains a weak spot, though, as they’ve conceded 3+ goals in each of their last 11 World Cup qualifying matches overall. 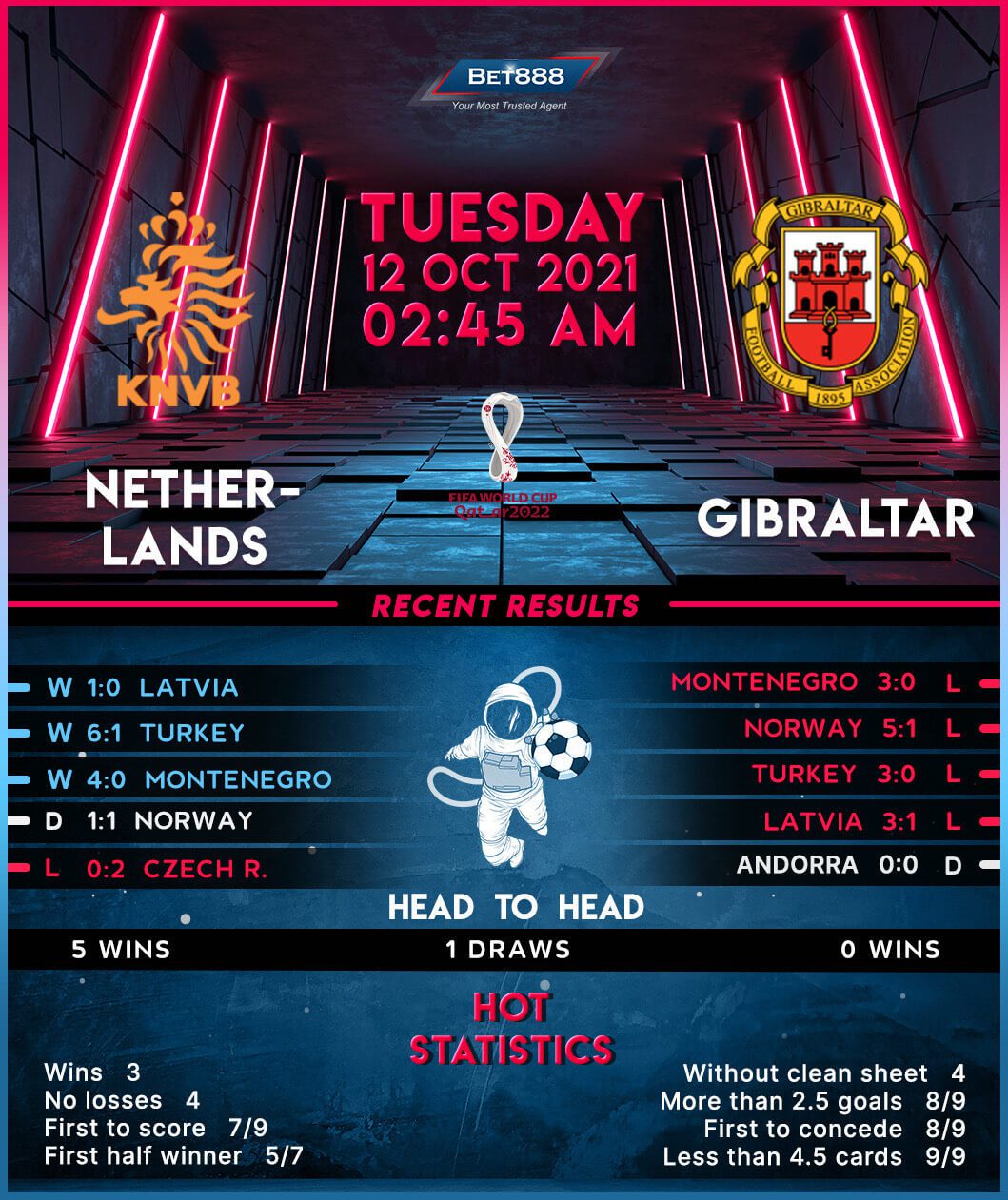