New York Red Bulls and Atlanta United are set to square off at the Red Bull Arena in a handsomely-looking Major League Soccer contest.

Consistency has been seemingly off the table in New York Red Bulls’ recent MLS matches. Since a goal-friendly 3-3 home draw with Chicago Fire in mid-May, they have alternated between losing (3) and winning (2) across their last five league fixtures. On the bright side, after going winless in their opening six MLS home outings (D4, L2), NYRB have won back-to-back league games at the Red Bull Arena by a 2+ goal margin each. Atlanta’s upcoming visit bodes well for New York’s bid to extend their winning home streak. They’ve not conceded a single goal across their five previous MLS H2Hs as hosts (W3, D2), all of which featured under 2.5 overall goals.

Meanwhile, Atlanta United’s underwhelming run of one win from five MLS matches (D2, L2) puts them in an awkward spot ahead of the kick-off. Sitting four points below seventh-placed Cincinnati, they face the prospect of losing further ground on the Eastern Conference playoff zone. Indeed, Atlanta’s form woes away from home have seen them pick up just one victory from their seven MLS fixtures on the road this season (D1, L5). Moreover, they come into this matchday having lost four of their last five league matches on the road (D1), three of which yielded an identical 2-1 scoreline. It’s also worth noting that Gonzalo Pineda’s men have yet to score 2+ goals per an away MLS game this term. 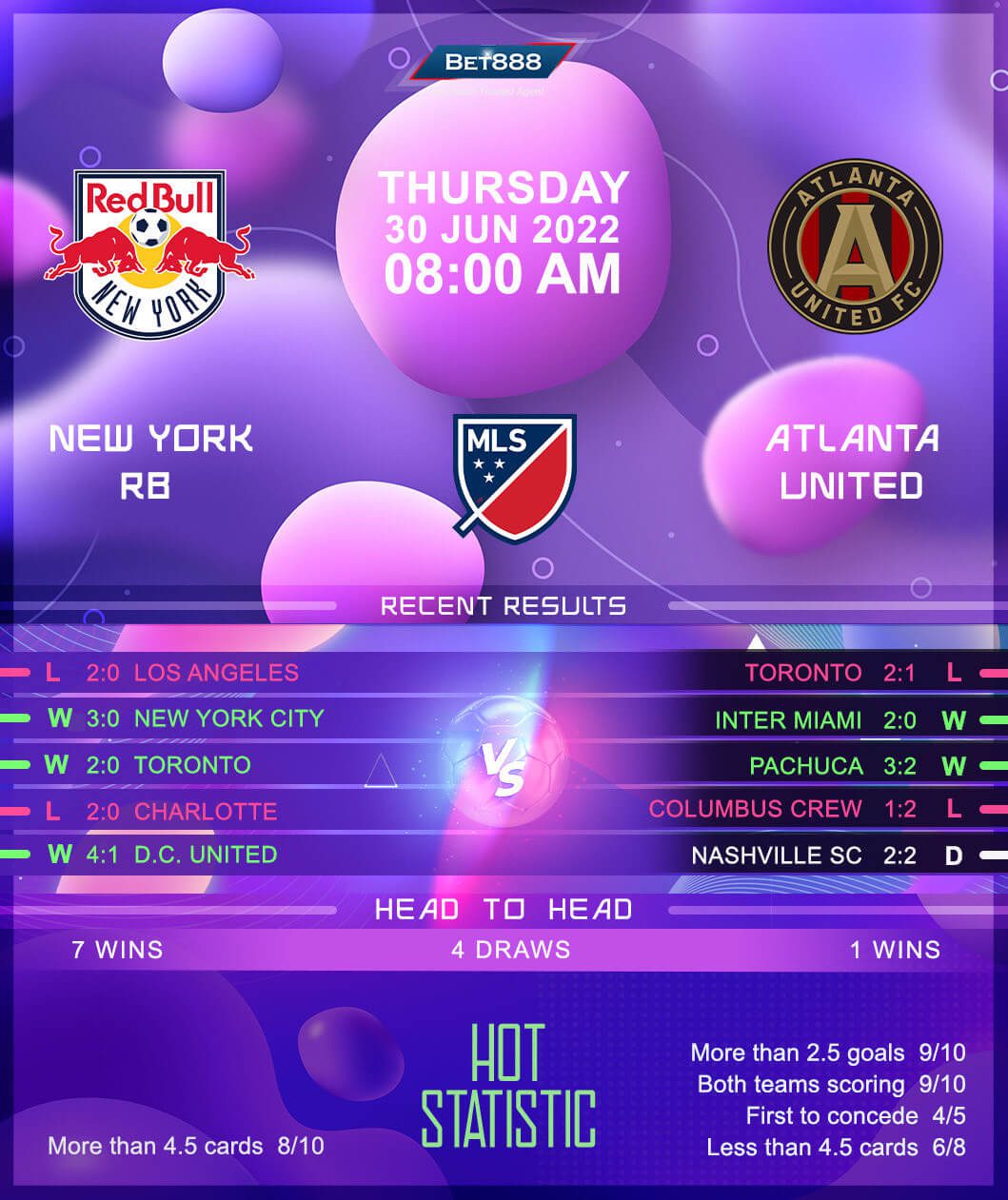