The Premier League relegation battle is heating up as Newcastle United welcome Everton to St James’ Park in a bottom-half six-pointer.

After spending north of £90million in the January transfer window, Newcastle United will feel confident about escaping from a dreaded 19th place in the remainder of the season. Eddie Howe’s men eked out an all-important 1-0 victory at Leeds United last time out, bringing a dismal five-game unbeaten Premier League streak to a halt (D2, L3). However, success at Elland Road is one of Newcastle’s mere two top-flight wins this season (D9, L10). Moreover, keeping Leeds at bay saw the ‘Magpies’ register only their second clean sheet in 21 Premier League fixtures this season, with only Watford (1) lamenting fewer shutouts so far. Chris Wood’s arrival from Burnley should help the home team improve upon their paltry scoring return of late, as they’ve netted under 1.5 goals in each of their last nine Premier League outings.

Meanwhile, Frank Lampard enjoyed a dream touchline debut at Everton as his men crashed fellow Premier League rivals Brentford out of the FA Cup fourth round with an overwhelming 4-1 victory. That’s the kind of spirit the ‘Toffees’ need to get their thoroughly disturbing Premier League campaign back on the rails after winning just five (25%) of their 20 top-flight fixtures under former boss Rafael Benitez (D4, L11). A run of three consecutive league defeats to start the new calendar year forced the Goodison hierarchy to sack the Spaniard in late January, with Everton going into this round only four points clear of the drop zone. Encouragingly, though, the visitors have found the net in each of their last ten Premier League matches at St James’ Park, none of which ended as a draw (W6, L4). 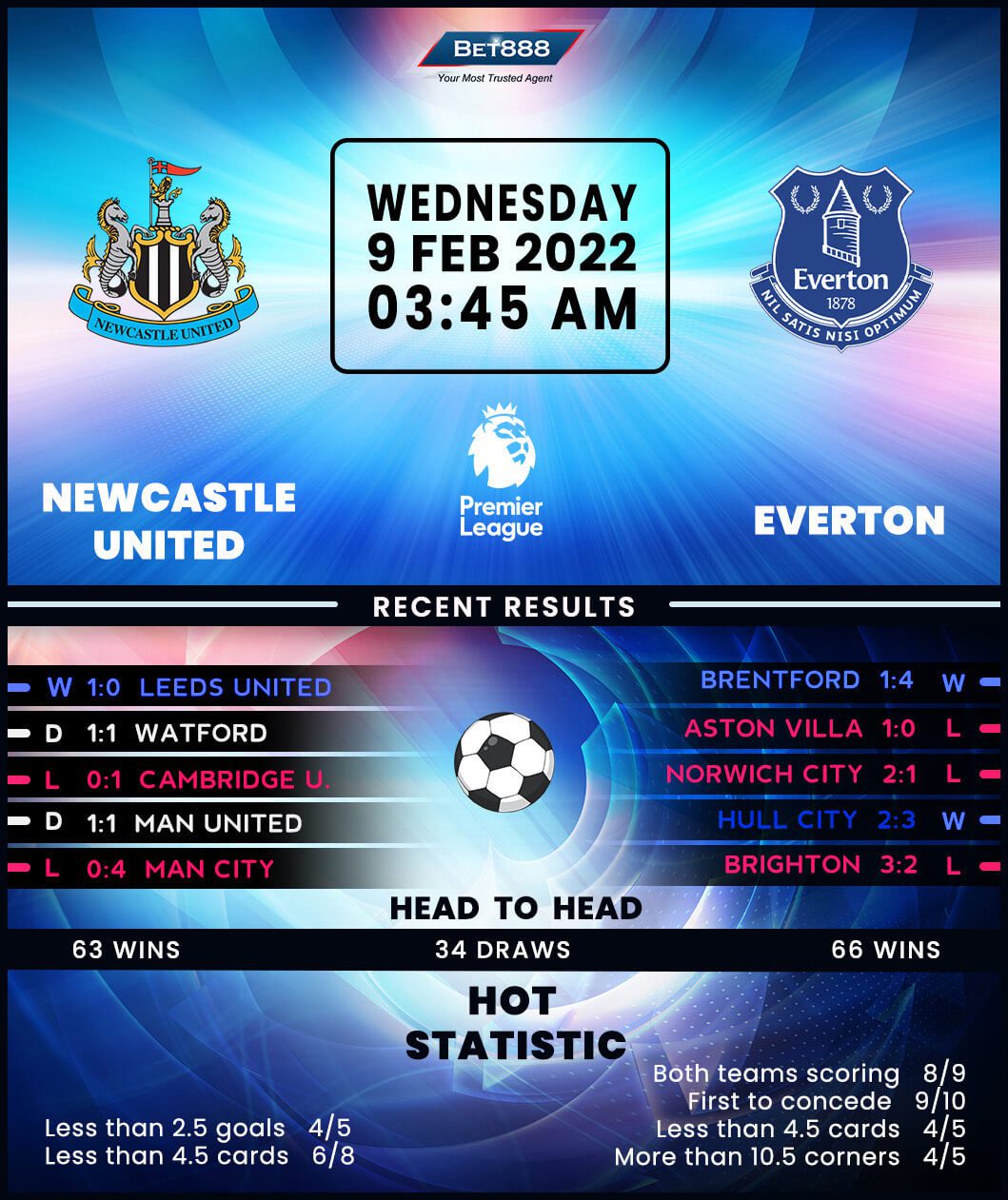