Newcastle United will be desperate to kick things off in the Premier League this term when they lock horns with Tottenham Hotspur at St James’ Park.

Though the recent Saudi-led takeover promises huge things moving forward, Newcastle have a more pressing issue to deal with here. Rooted to the relegation zone, the ‘Magpies’ head into this matchday as one of just three Premier League teams yet to taste victory this season (D3, L4). Now would be a great time to kick-start their top-flight campaign, but after failing to win any of their last four Premier League home meetings with Tottenham (D1, L3), it will be easier said than done. Steve Bruce needs to address Newcastle’s scoring woes as soon as possible if he is to retain his job, with his side conceding a league-high 16 goals after seven Premier League outings this season. Lapses of concentration in the second half have seen Newcastle register 68.75% (11) of their 16 league goals conceded this term beyond half-time.

Meanwhile, Tottenham eked out a vital 2-1 home win over Aston Villa last time out, putting a three-game losing Premier League streak to bed. However, Nuno Espirito Santo’s future in North London is still up in the air as ‘Spurs’ look to bounce back from back-to-back Premier League away defeats to fellow capital-based rivals Arsenal and Crystal Palace. After conceding precisely three goals in their last two top-flight travels, Tottenham could let in 3+ goals in three consecutive Premier League away fixtures for the first time since April 2014. On the bright side, the visitors have suffered only one defeat in their last 18 Premier League match-ups against sides starting the day in the relegation territory (W13, D4). But that lone reverse came at the hands of Newcastle of all teams back in August 2019. 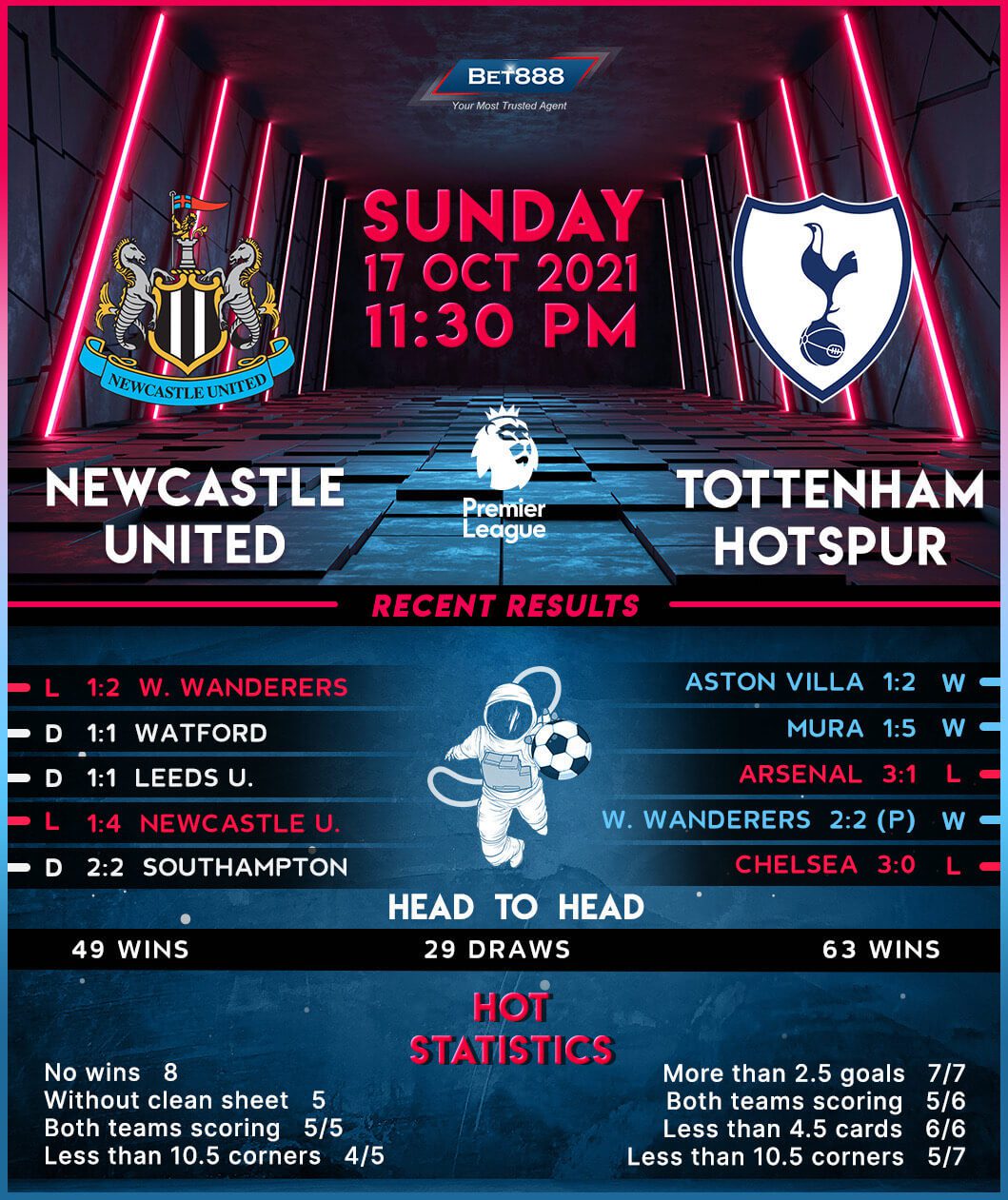