It’s been ‘all or nothing’ for Newcastle in the Premier League since the calendar flipped to 2021 (GP: 10 – W2, L8), with nine of the ten games won/lost in that period seeing the victor score over 1.5 goals. The ‘clean-sheet’ theme remains significant in the context of Newcastle’s preceding Premier League matches, as seven (58.33%) of the last 12 have seen one or both sides fail to get on the scoresheet. Against this backdrop, each of their previous four home league fixtures has featured over 2.5 goals and both teams scoring (W1, L3), with each defeat in that sequence yielding the identical 2-1 scoreline. To keep their hopes of winning alive, the ‘Magpies’ will have to avoid conceding the opening goal – Steve Bruce’s men have failed to complete a turnaround in any of their 14 Premier League games in which they shipped the opener this term (D3, L11).

On the other hand, Wolves are unbeaten in four Premier League matches in a row (W3, D1), with the deciding goal in each of those wins coming in the second half while two of those successes seeing the ‘Wanderers’ come from behind to claim all three points. Wolverhampton’s recent away league games have been notably tight, though, as nine of the last ten have seen the sides separated at full time by under 1.5 goals (W3, D2, L5). Nuno Espirito Santo’s men have lacked urgency in the final third after the half-time break this season, netting a league second-low four second-half goals away from home. Topically, they have only got on the scoresheet once inside the final 15 minutes of play across their 12 Premier League trips so far. Encouragingly, however, Wolves have avoided defeat in their last three top-flight meetings with Newcastle at St. James’ Park (W1, D2). 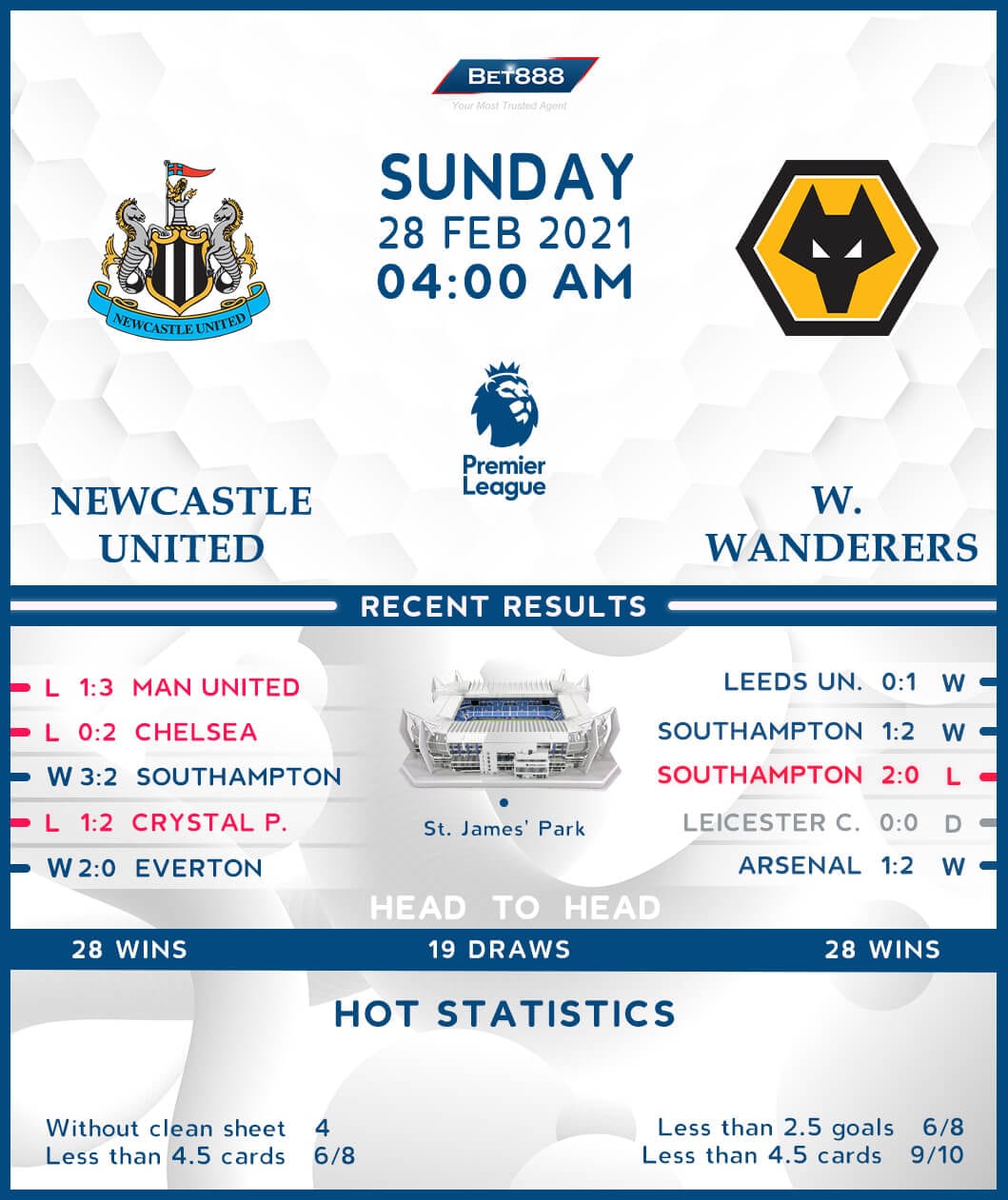