Nice will be looking to hold PSG winless in their third competitive meeting this season when the two sides meet in a tasty-looking Ligue 1 showdown at the Allianz Riviera.

After suffering back-to-back Ligue 1 defeats ‘to nil’ in early February, Nice have gone unbeaten in their last two league outings (W1, D1), keeping a clean sheet on both occasions. Entertainment has been relatively sparse in Nice’s recent league fixtures as each of their last five in a row have seen one or both sides fail to get on the scoresheet in matches featuring under 2.5 total goals. Another cagey, low-scoring affair is well on the cards, given that both of Nice’s competitive meetings with PSG this season have yielded a 0-0 FT score. But ‘Les Aiglons’ could upset the runaway Ligue 1 leaders here, having won three of their last four top-flight home outings (L1), with each of those triumphs coming by a narrow one-goal margin.

Meanwhile, PSG bounced back from a horrendous 3-1 defeat away to Nantes with a come-from-behind 3-1 home triumph over Saint-Etienne last time out, solidifying their position atop the Ligue 1 table in the process. However, Paris’ recent away performances have been far from impressive, with just one win from their last five Ligue 1 travels (D3, L1) following up a run of six victories from their opening eight away league games this season (D1, L1). Moreover, Mauricio Pochettino’s men have only kept two clean sheets in their 13 top-flight road trips this term, conceding an average of 1.23 goals per match. Yet, they have come from behind to avoid defeat in five of their seven away league fixtures in which they conceded the opening goal this season (W2, D3, L2). 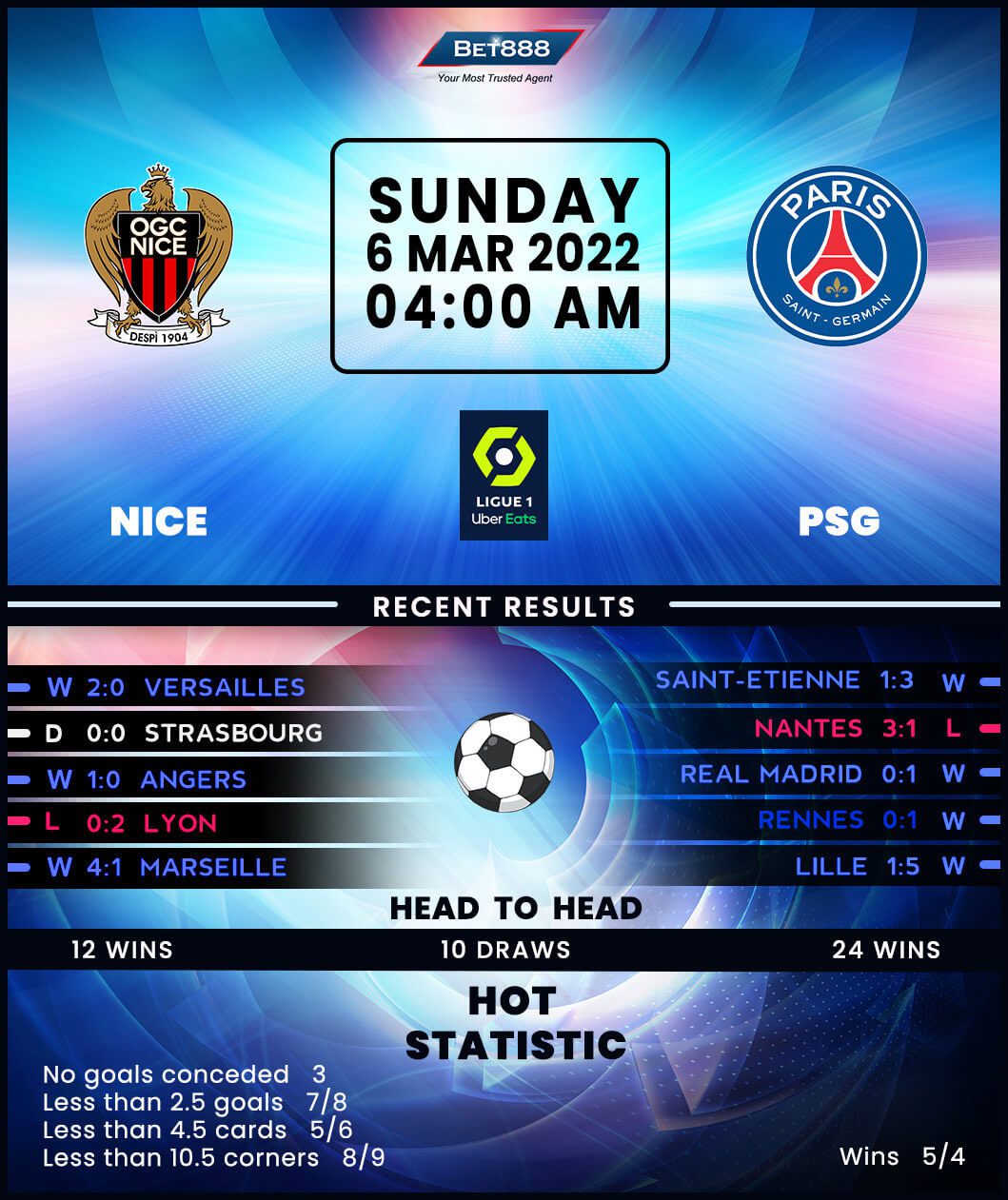