Germany will be looking to avenge an embarrassing home defeat to North Macedonia in their World Cup qualifying reverse fixture when the two nations meet at the National Arena Toshe Proeski.

With Germany seemingly running away with a top-place finish in this World Cup qualifying group, North Macedonia remain embroiled in a three-way battle with Armenia and Romania for a runner-up spot. Despite experiencing a thoroughly disappointing Euro 2020 campaign, the Macedonians have picked themselves up, going unbeaten in their four post-Euro World Cup qualifiers (W1, D3) to retain second place in Group J. The ‘Lynxes’ defied the odds to beat Germany 2-1 on hostile territory in the reverse fixture in March, but they’ll need something special to replicate that feat here. Though they are unbeaten in all three World Cup qualifiers on home soil (W1, D2), it’s worth noting that both of North Macedonia’s last two home Group J matches have ended goalless. Still, picking up any kind of a positive result here would bolster their hopes of making their first World Cup finals as an independent nation.

In the meantime, Germany have undergone quite a renaissance under new manager Hansi Flick, winning all four World Cup qualifying games under the former Bayern Munich boss by an aggregate score of 14-1 to take control of Group J. Indeed, ‘Die Mannschaft’ look like a brand-new team compared to their previous meeting with North Macedonia and their lackluster displays at Euro 2020. Despite conceding their first goal under Flick, Germany bounced back to beat Romania 2-1 home last time out, courtesy of two unanswered second-half goals. Those two strikes mean the visitors have netted precisely twice beyond half-time in each of their last three World Cup qualifying fixtures, which indicates we could be in for a treat in the second 45 minutes. 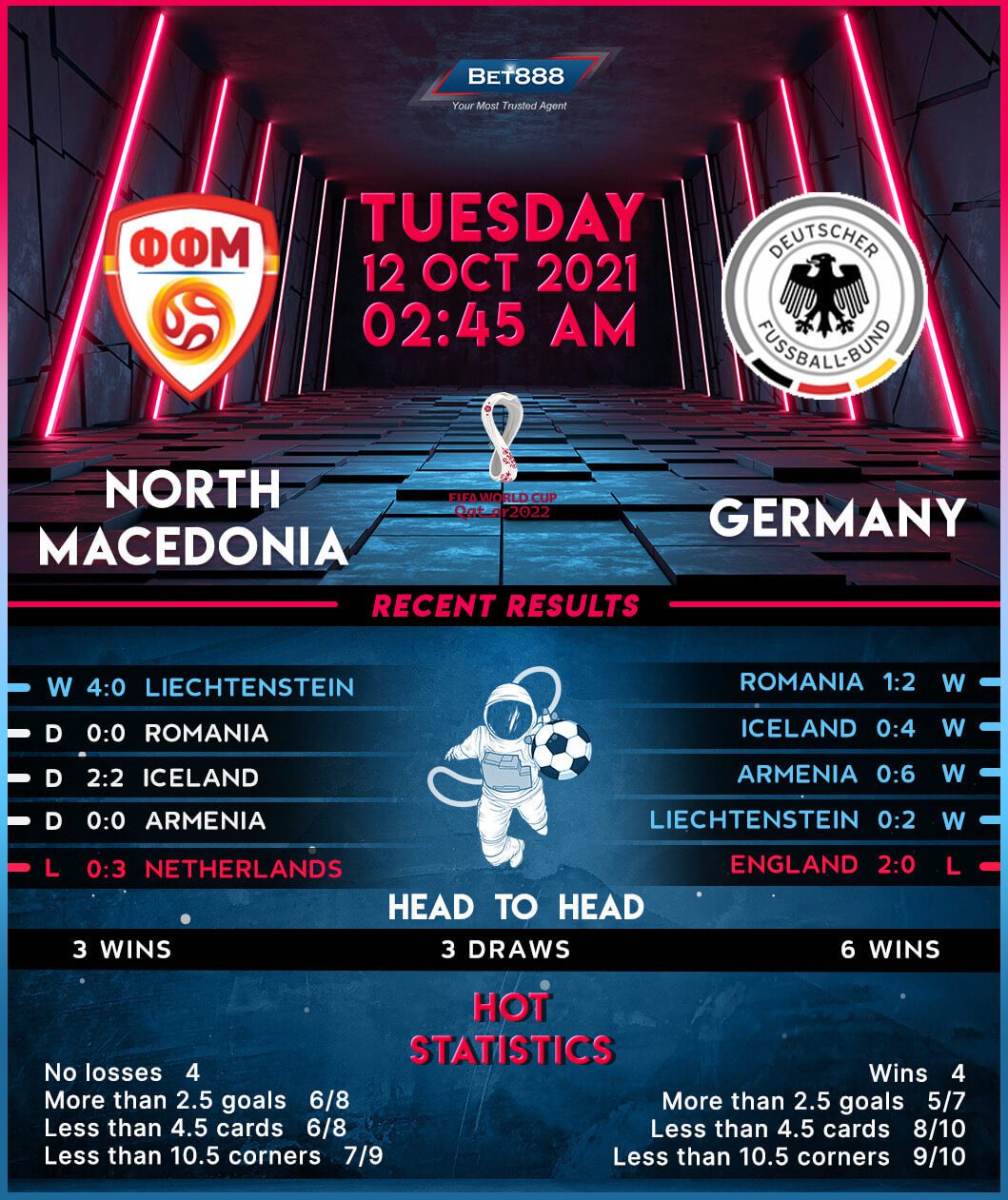