Table-topping Manchester City will be looking to maintain their comfortable lead at the Premier League summit when they take on relegation-battling Norwich City at Carrow Road.

Despite being deemed ‘relegation leaders’ midway through the season, Norwich City are on the verge of turning their season around after going unbeaten in their last three Premier League games (W2, D1). Following a run of three consecutive league defeats at home, the ‘Canaries’ are now unbeaten in their last two outings at Carrow Road (W1, D1), winning the first half ‘to nil’ on each occasion. Unfortunately, they face one of the most formidable challenges in European football, as they meet a Man City side they’ve lost to eight times in their last 12 top-flight H2Hs (W2, D2), conceding a staggering 41 goals in the process. Moreover, they have suffered 13 defeats in their previous 15 Premier League encounters against reigning champions, though the only two exceptions to this run were victories of non-other than Man City.

Meanwhile, Manchester City eased past the newcomers Brentford 2-0 in midweek, taking their unbeaten streak in the Premier League to 14 matches (W13, D1). Another successful weekend is well on the cards, with the ‘Cityzens’ racking up a resounding 30 victories from their last 36 Premier League clashes against sides starting the matchday in the drop zone (D5, L1). Pep Guardiola’s men have gone undefeated in 11 top-flight games away from home (W9, D2) since a 1-0 loss against Tottenham on the opening weekend. Scoring first would likely spell disaster for Norwich’s hopes of pulling off an upset here, as Man City have won all eight Premier League away fixtures when breaking the deadlock this season. That seems like a plausible scenario, given that they’ve conceded a league joint-low eight Premier League goals on the road this term. 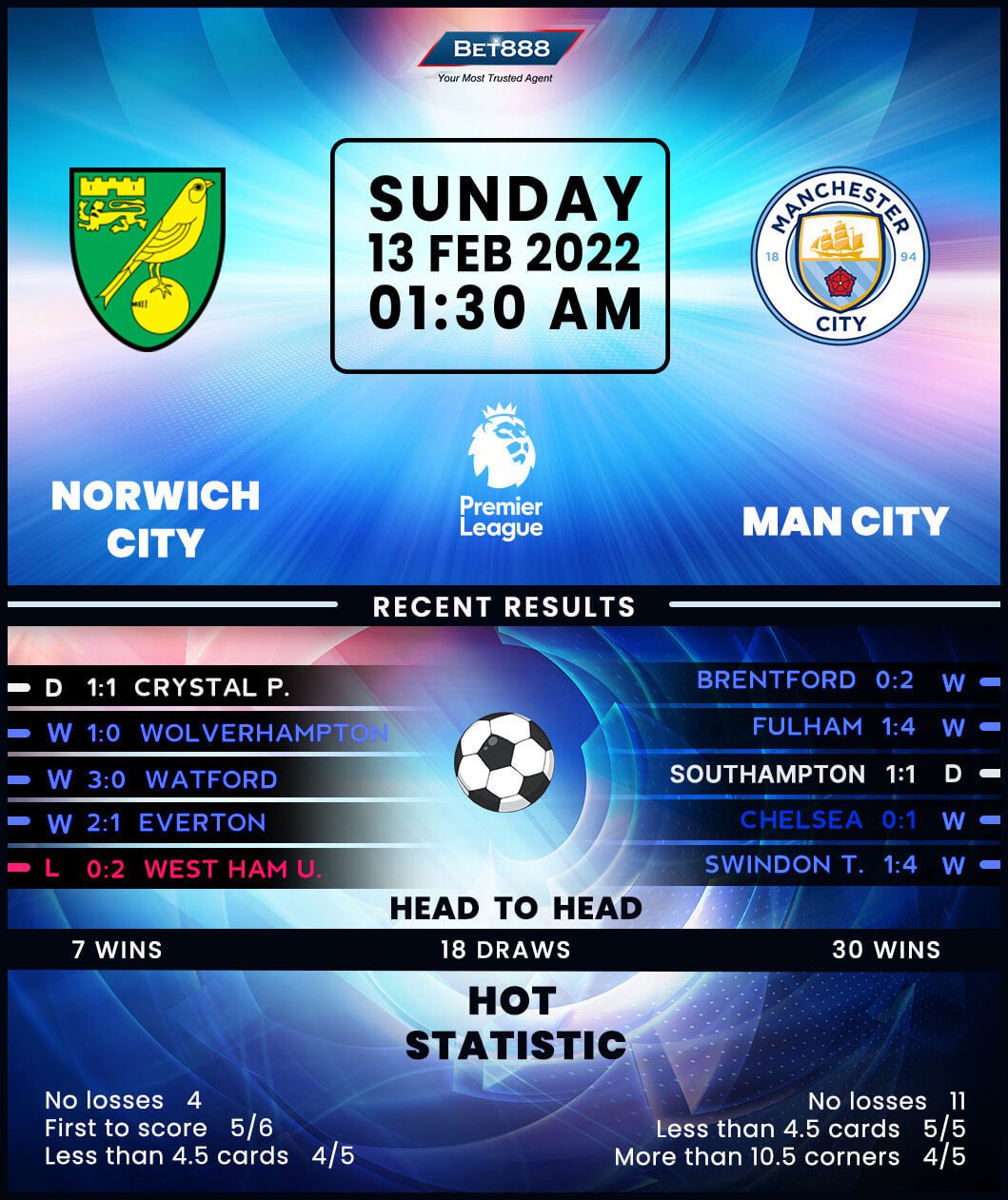