Nottingham Forest and Manchester United are set to trade tackles at the City Ground in the first leg of their lopsided EFL Cup semi-final tie.

Nottingham Forest dispatched Wolverhampton Wanderers via a nerve-shredding penalty shootout in the last EFL Cup round to book their first semi-final appearance since 1991/92. Encouragingly for the ‘Tricky Trees,’ they have been victorious in all six previous EFL Cup semi-final ties, while they’ve not lost any of their last eight competitive outings at the City Ground (W5, D3). Moreover, you’d need to go back to late August for the last time Steve Cooper’s men failed to score at home, netting in ten consecutive home matches since then! But they cannot catch a break against Man Utd, as a disastrous 3-0 Premier League defeat at Old Trafford in late December extended their losing H2H streak in all competitions to seven games.

In the meantime, Manchester United fought back twice on their mouth-watering Premier League trip to face runaway leaders Arsenal at the weekend but still found themselves on the receiving end of a 3-2 scoreline. A late heartbreak in North London knocked the ‘Red Devils’ down from an eye-catching ten-match unbeaten run in all competitions (W9, D1). However, Erik ten Hag’s men have found their EFL Cup duties a stroll this season, winning all three previous ties via multi-goal margins while netting 3+ goals on each occasion. Moreover, they head into proceedings amid a club-record run of five straight EFL Cup victories outside Old Trafford, winning the last four without conceding. Against this backdrop, Man Utd have kept just one clean sheet on their last eight domestic travels. 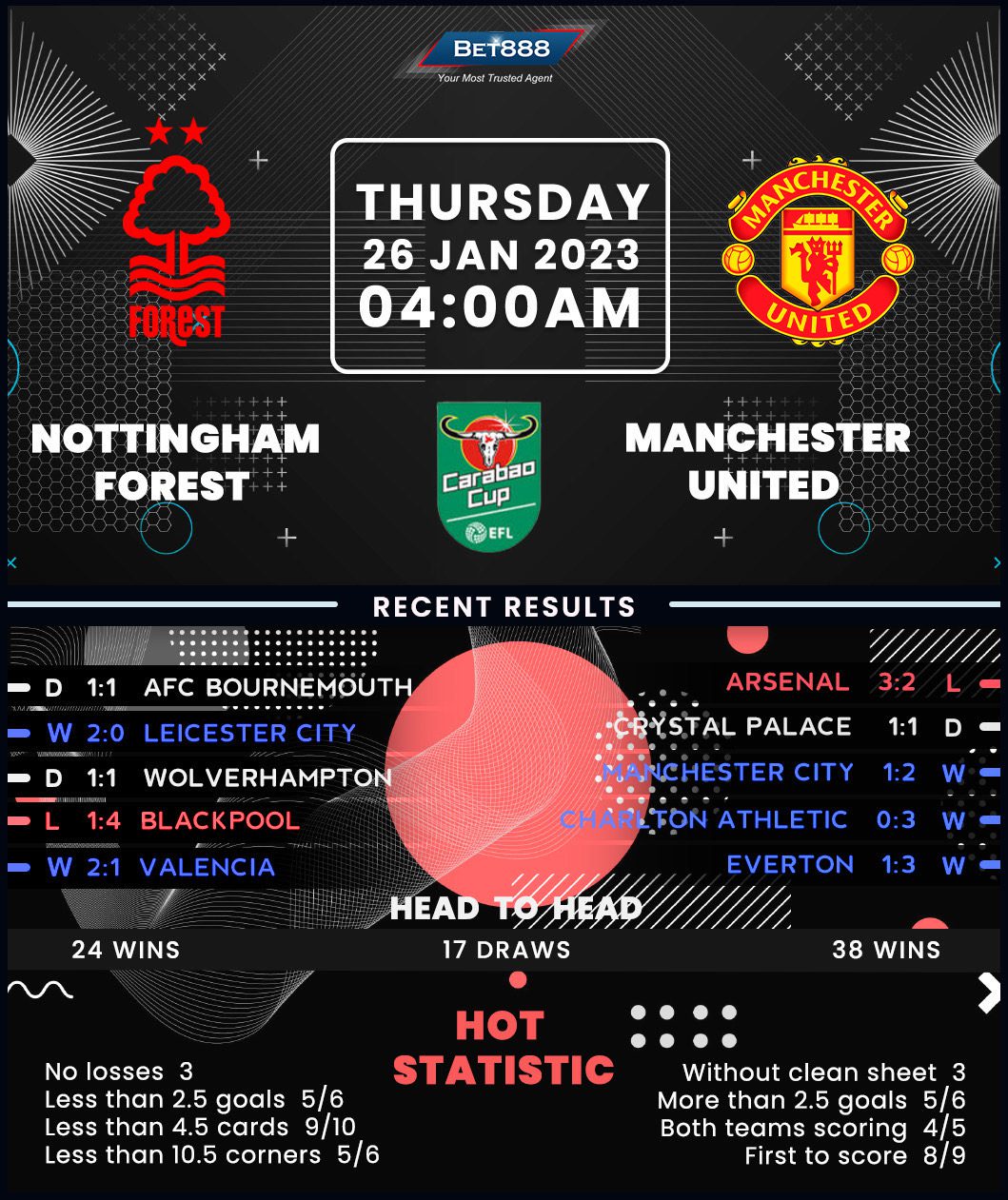