Groupama Stadium is the venue, as Olympique Lyonnais and Monaco go head-to-head in their one-off Coupe de France quarter-finals.

Lyon kicked off their Coupe de France journey with a 5-1 thrashing of lower-league outfit Ajaccio in the last-64 before hammering Sochaux 5-2 in the following round. ‘Les Gones’ have reached the quarter-finals harder than expected, having squandered a 2-0 half-time lead against Red Star, albeit won their last-16 tie on a penalty shoot-out. Coming into this encounter, Rudi Garcia’s men have won back-to-back Ligue 1 fixtures against Angers and Nantes, leading 2-0 at half-time on each occasion. Curiously, none of Lyon’s ten competitive home matches since the turn of the year have ended in a draw (W7, L3), with six of them yielding a winning/losing margin of 2+ goals. At the Groupama Stadium, the hosts have won their last three meetings with Monaco, scoring over 2.5 goals in each success.

Meanwhile, Monaco’s road to the Coupe de France quarter-finals began with a narrow 1-0 win over Ligue 2 side Grenoble. After ousting Nice 2-0 in the round of 32, ‘Les Monégasques’ squeezed past Metz in the last-16 following a penalty shoot-out (0-0 FT). Away from home, Niko Kovac’s men have won their last three competitive fixtures, scoring nine unanswered goals in the process. Two-thirds of their strikes during that three-game sequence arrived in the second half of play, with Monaco finding the net beyond the 75th minute on each occasion. The clean sheet has been a common theme in Monaco’s recent trips across all competitions, as each of the last six has seen one side fail to get on the scoresheet (W5, L1). Since five of their last seven away matches witnessed the opener scored within 30 minutes, early action is well on the cards here. 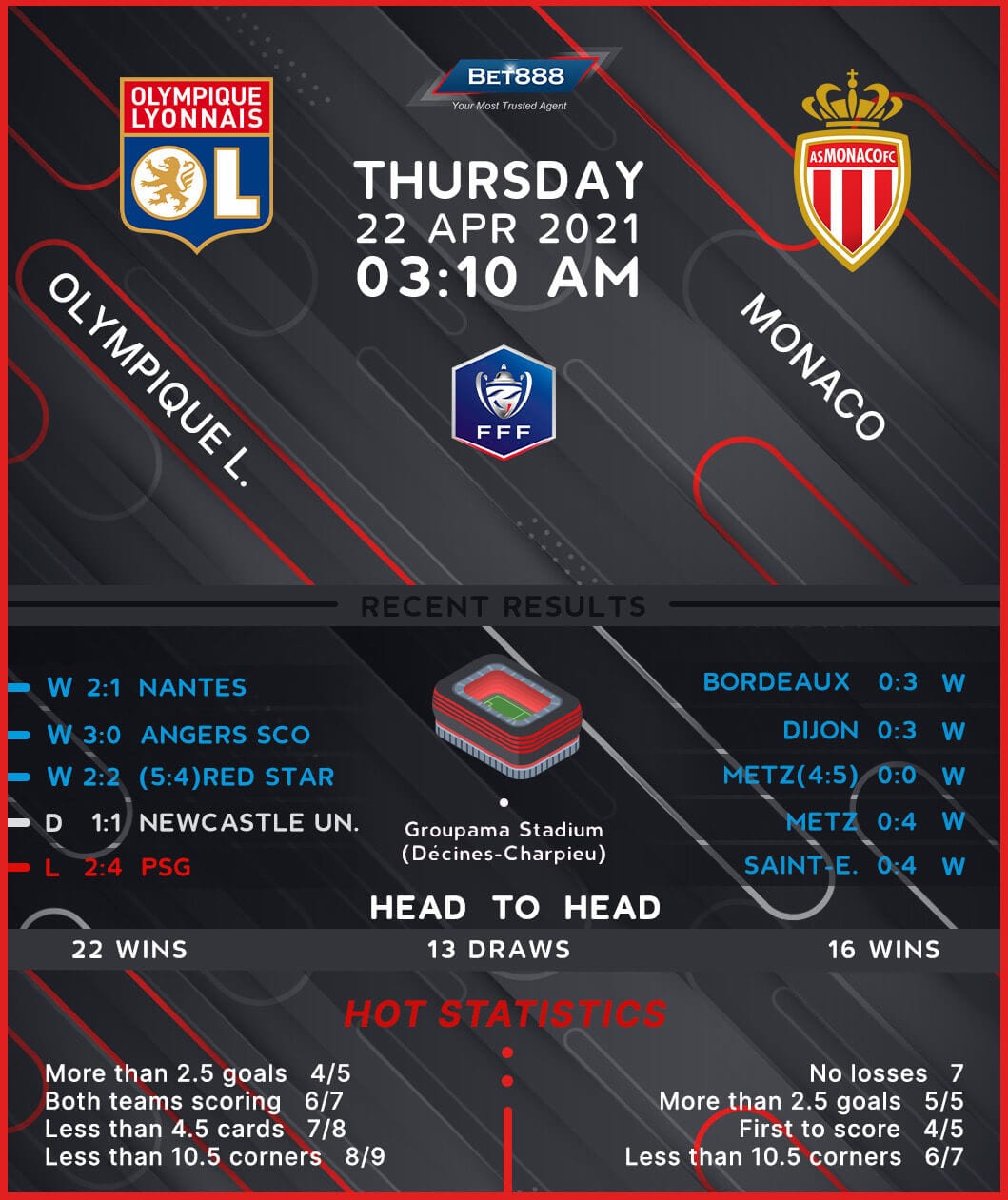