Olympique Lyonnais will be looking to complete their first Ligue 1 double over Nice for the first time since 2017/18 when the two sides meet at the Groupama Stadium in the ultimate round of the 2020/21 fixtures this weekend.

A 5-2 thumping of Nimes away from home last time out gave Lyon a fifth victory in six Ligue 1 matches and a third in a row since a 3-2 home loss to Lille on Matchday 34. Lyon’s recent league games have been fun to watch, with each of the last four seeing over 4.5 goals and both teams scoring. Remarkably, ‘Les Gones’ have found the back of the net in 17 consecutive Ligue 1 outings and could equal the record set in 1961 with another strike here. Worryingly, though, Lyon have suffered three losses in their last six home Ligue 1 fixtures (W3), as many defeats as they had in Rudi Garcia’s first 21 matches in charge (W12, D6). The hosts now take on a side they have beaten only twice in their last six top-flight meetings held at this venue (D2, L2).

In the meantime, the visitors have alternated a victory (2) and defeat (3) across their last five Ligue 1 outings since a goalless draw with Reims in early April, with each loss in this sequence yielding the same 2-0 scoreline. Furthermore, after going unbeaten in three consecutive league trips (W2, D1), ‘Les Aiglons’ have suffered back-to-back reverses on the road and could now lose three in a row for the first time since December 2019 (6 that time). Curiously, Adrian Ursea’s men remain the only side yet to score from outside the box in Ligue 1 this calendar year. Slow-starting Nice have got on the scoresheet by the 15th minute in just 16.22% of their league matches this season (6/37). 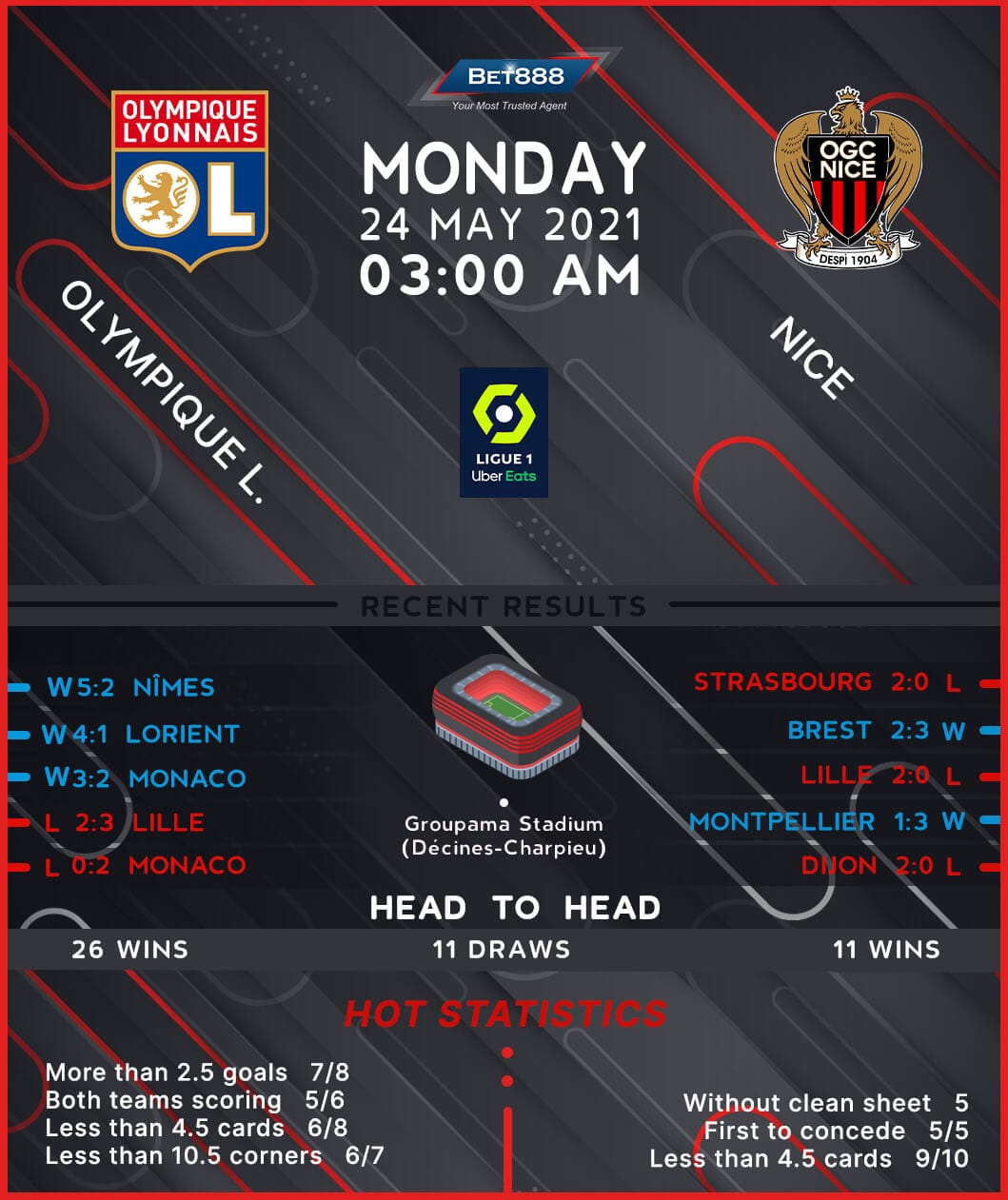