Atletico Madrid will be desperate to bounce back following another disappointing midweek result when they take on mid-table Osasuna at the Estadio El Sadar.

Since a 2-0 loss at Celta Vigo in mid-January, Osasuna have gone into overdrive, stringing together three La Liga matches without defeat (W2, D1) to revive their hopes of securing their European finish since 2005/06. Sitting six points adrift of sixth-placed Real Sociedad, ‘Los Rojillos’ are looking to register their fourth consecutive La Liga clean sheet for the first time since November 2012. However, only 37.5% of Osasuna’s top-flight points this season have come at home (12/32), where they’ve won just two of their 12 league matches so far (D6, L4). That’s not as much due to Jagoba Arrasate’s backline that has conceded an average of 1.33 goals per home league game as it is due to a lacklustre attack that has netted a measly average of 0.83 goals per match.

Meanwhile, Atletico Madrid’s false title defence suffered another blow in midweek as rock-bottom Levante claimed a 1-0 win in the nation’s capital, throwing Diego Simeone’s future at Wanda Metropolitano into doubt. With ‘Los Colchoneros’ already considering replacing their long-serving manager, Atletico head into proceedings in fifth, albeit level on points with fourth-placed Barcelona. The reigning Spanish champions have found the away points hard to come by lately, going winless in their last five La Liga road trips (D1, L4). More importantly, ‘Los Rojiblancos’ have conceded 2+ goals in each of those five matches as they still wait for their first clean sheet away from home this La Liga season. On the bright side, Atletico have won their last three top-flight visits to El Sadar by an aggregate score of 11-1, scoring 3+ goals on each occasion. 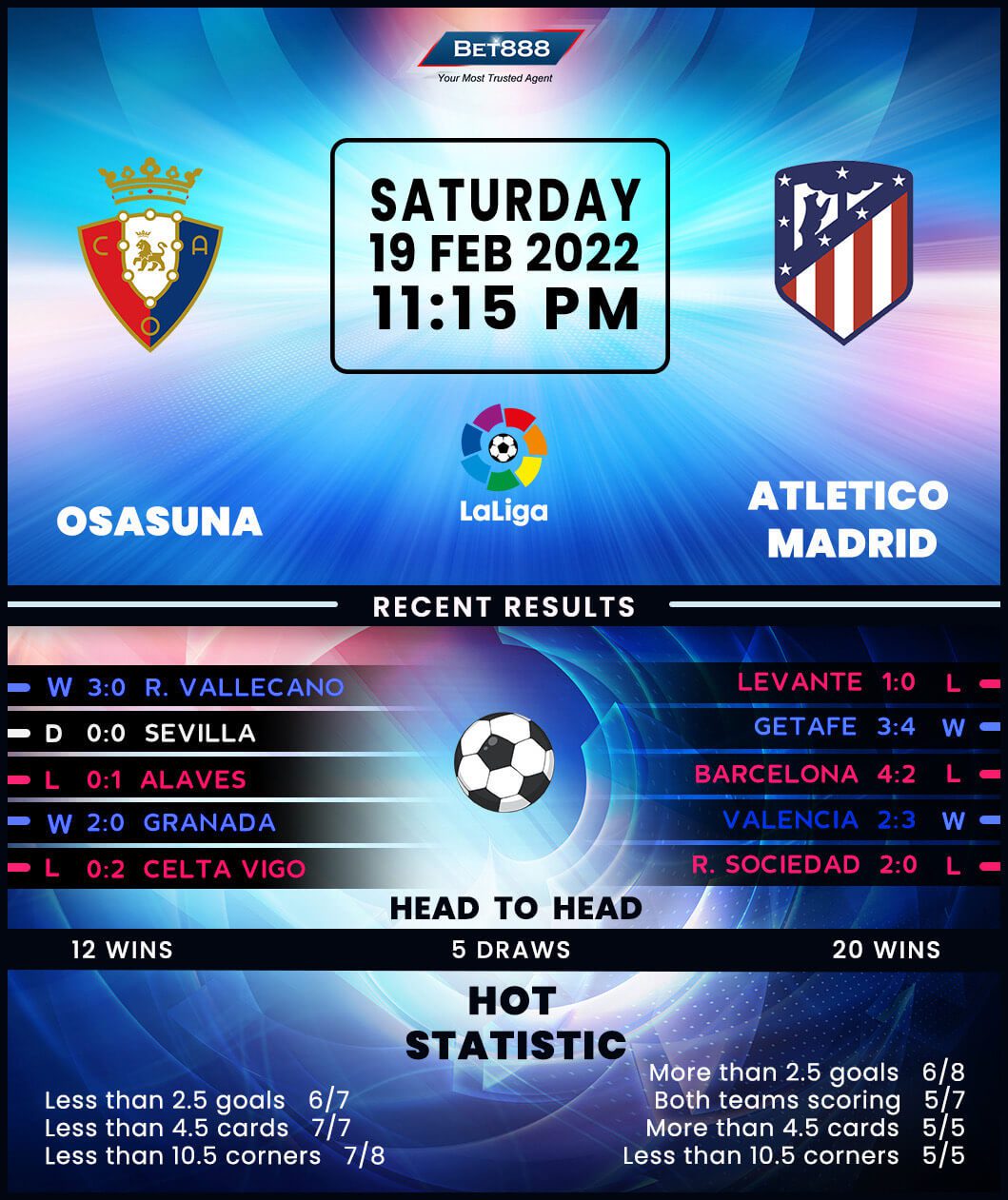