A brace of one-goal margin victories over Deportivo Alaves and Valencia have kept Osasuna’s faint hopes of a first European campaign since 2006/07. Yet, with sixth-placed Real Sociedad already 11 points clear, ‘Los Rojillos’ will have to defy their disastrous 13-game winless La Liga streak against Real Madrid (D4, L9) to whittle down the gap. Worryingly, though, Osasuna have suffered eight defeats in 13 La Liga fixtures staged on Wednesdays (European time – W4, D1). However, another win here would see Jagoba Arrasate’s team record three consecutive La Liga triumphs for the second time this season. There’s plenty of reason for optimism in the Osasuna camp, as they’ve won their last three La Liga home matches by an aggregate score of 5-1, keeping a first-half clean sheet on each occasion.

On the other hand, Real Madrid pulled off a once-in-a-lifetime comeback to turn a 2-0 HT deficit into a stellar 3-2 win away to Sevilla last time out, making it three La Liga victories in a row. ‘Los Merengues’ head to El Sadar relieved of pressure after building a substantial 15-point lead on second-placed Barcelona. But following a goalless stalemate in the reverse fixture at the Santiago Bernabeu, Madrid and Osasuna could draw back-to-back H2Hs for the first time since 1988/89. That’s not what ‘Los Merengues’ will have in mind – they could complete their longest-ever unbeaten run away to Osasuna after going undefeated in their last seven competitive visits to El Sadar (W4, D3). Furthermore, since being held to a dismal ‘nil-nil’ draw at Villarreal in mid-February. Carlo Ancelotti’s men have won their last four La Liga away games. 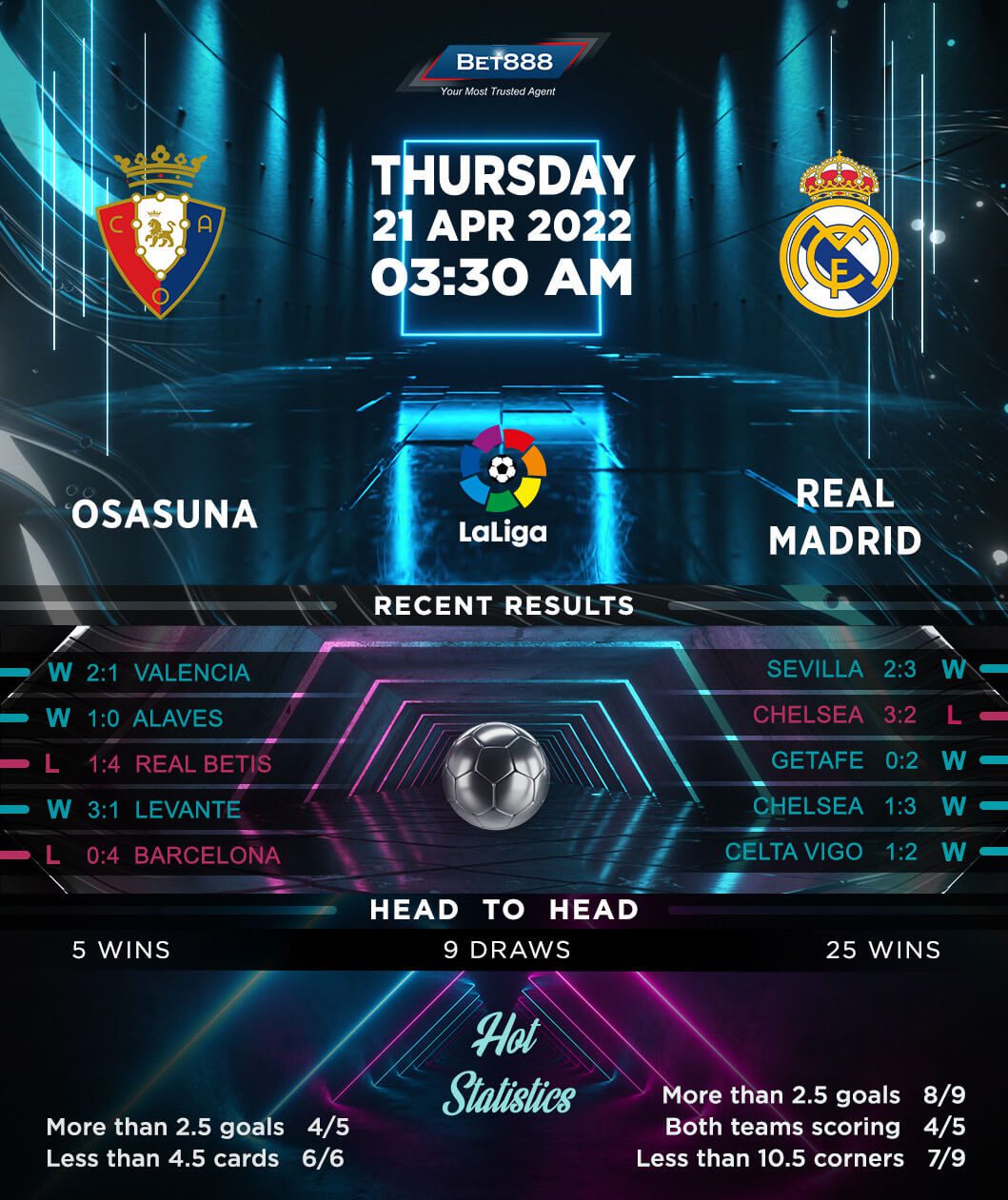