King Fahd International Stadium is the venue as Palestine and Singapore meet face-to-face in the World Cup Qualifying fixture.

It’s been a horrendous start to the World Cup Qualifying campaign for Palestine thus far, as they’ve failed to win any of their last five matches (D1, L4) since a 2-0 home triumph over Uzbekistan in their Group D curtain-raiser. In fact, the ‘Fedayeen’ have scored just a single goal across their last five qualifying games. Encouragingly, though, they had racked up a five-game winning streak before succumbing to a dismal 5-0 away loss to Saudi Arabia last time out. After losing twice in three home matches (D1), Palestine are now unbeaten in their last six home fixtures in a row (W5, D1), registering four shutouts in the process. However, they tackle a side they have lost to in their previous three meetings by an aggregate scoreline of 9-1.

In the meantime, the visitors have experienced a slight upturn in form ahead of this trip, going from three straight losses to back-to-back games without a defeat (W1, D1). Since a 2-2 home stalemate with Yemen in their Group D opener, they haven’t drawn any of their subsequent four World Cup Qualifying matches (W2, L2), with each game won/lost in this stretch seeing the victor score 2+ goals. Delivering action from the get-go, the ‘Lions’ have recorded five of their seven goals scored in the qualifying series in the first half of play. Before a keenly-contested 2-1 win against Yemen in their most recent road trip, Tatsuma Yoshida’s side had gone winless in their previous four away matches on the trot (D2, L2), drawing a blank on three of those occasions. 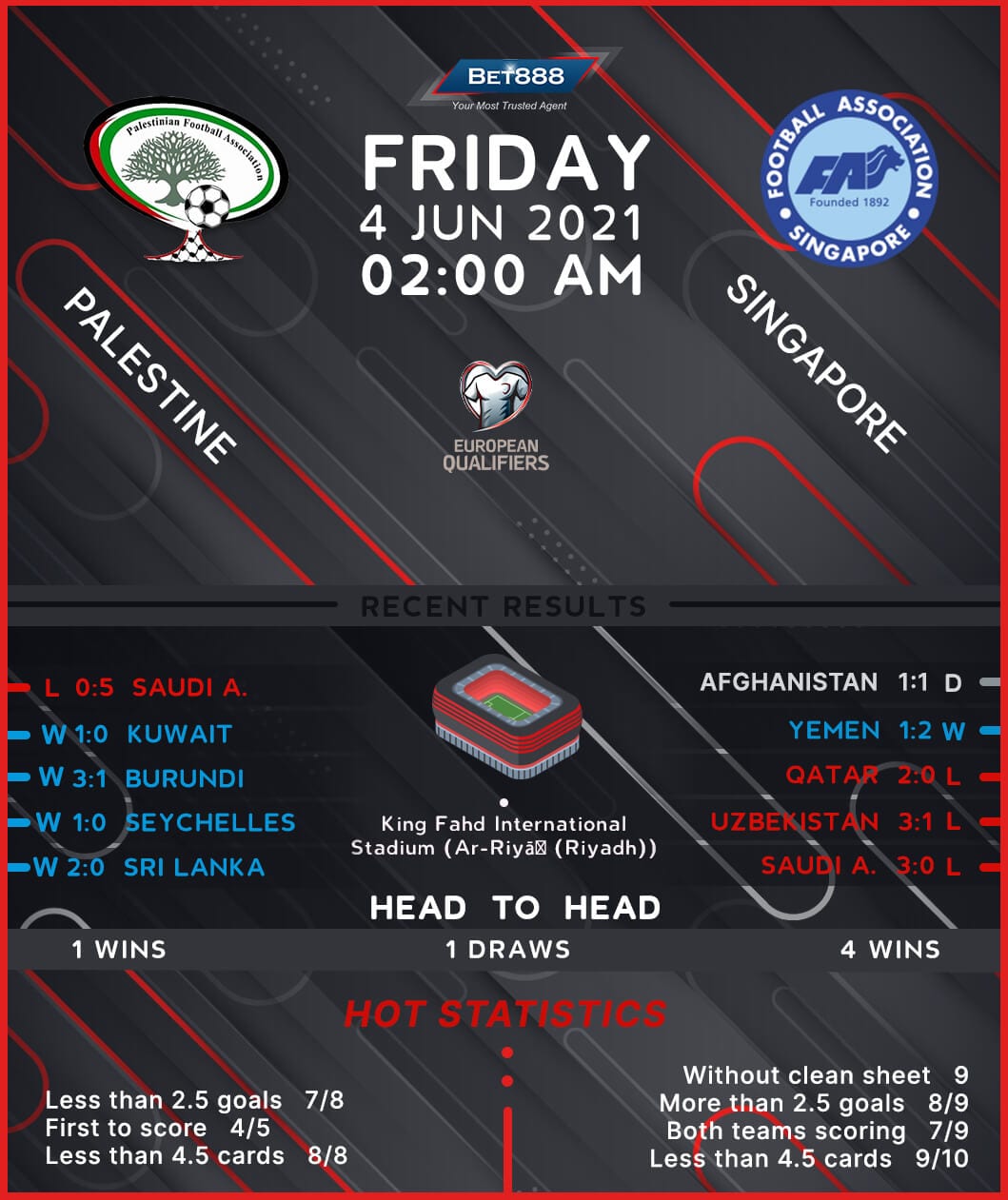