Panetolikos opened their mid-season preparations with a 2-1 victory over Romanian outfit Farul Constanta before losing 1-0 to fellow Greek rivals Giannina last time out. Both those friendlies featured a goal before halftime, suggesting an action-packed first half could be on the cards. That said, scoring has not been Panetolikos’ strong suit by any stretch of the imagination, with the ‘Canaries’ drawing a blank in four of their last seven outings while netting 2+ goals in two of the other three. Unfortunately for manager Giannis Anastasiou, his men have been equally insecure at the back, conceding at least once in seven of their last eight matches.

In the meantime, Anderlecht fought back from a 1-0 halftime deficit to hold Panetolikos’ domestic foes, OFI Crete, to a 1-1 draw in their opening mid-season warm-up fixture. Indeed, the Belgian heavyweights head into proceedings amid a rough patch, having won only one of their last four games in all competitions (D2, L1), failing to get on the scoresheet twice in that span. Penalties excluded, Brian Riemer’s men have alternated between winning (2) and drawing (2) across their last four outings on hostile turf, only failing to score once. Interestingly, four of their five goals in that sequence came before the 50-minute mark, highlighting the potential for plenty of early action. 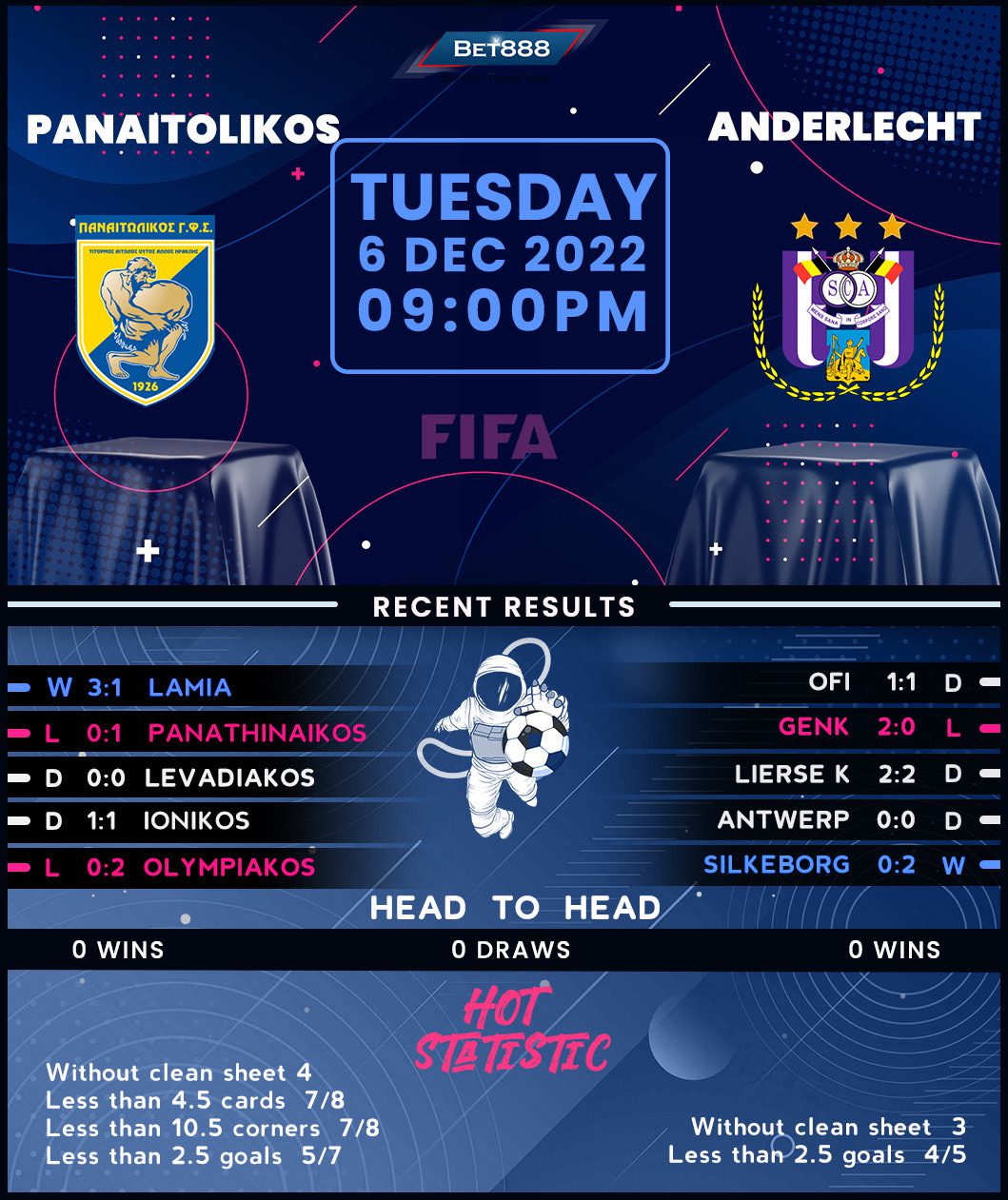