The two teams yet to lose a match in the World Cup Qualifying campaign will meet at the Estadio Defensores del Chaco as Paraguay come up against Brazil.

Meanwhile, it’s been an utterly impressive start to this World Cup Qualifying series for Brazil as they go into proceedings as the only South American nation to win all five opening matches. When they win, it tends to be in emphatic fashion, as witnessed by the fact four of their five World Cup Qualifying triumphs have yielded a winning margin of 2+ goals, including a 2-0 home victory over Ecuador last time out. Since exiting the 2018 World Cup, the ‘Selecao’ have won all but one of their 12 matches on foreign soil (D1), keeping a clean sheet nine times in the process. Tite’s players already look like near-certainties to complete this World Cup Qualifying campaign top of the table, which has been the case in their last three qualifying series. 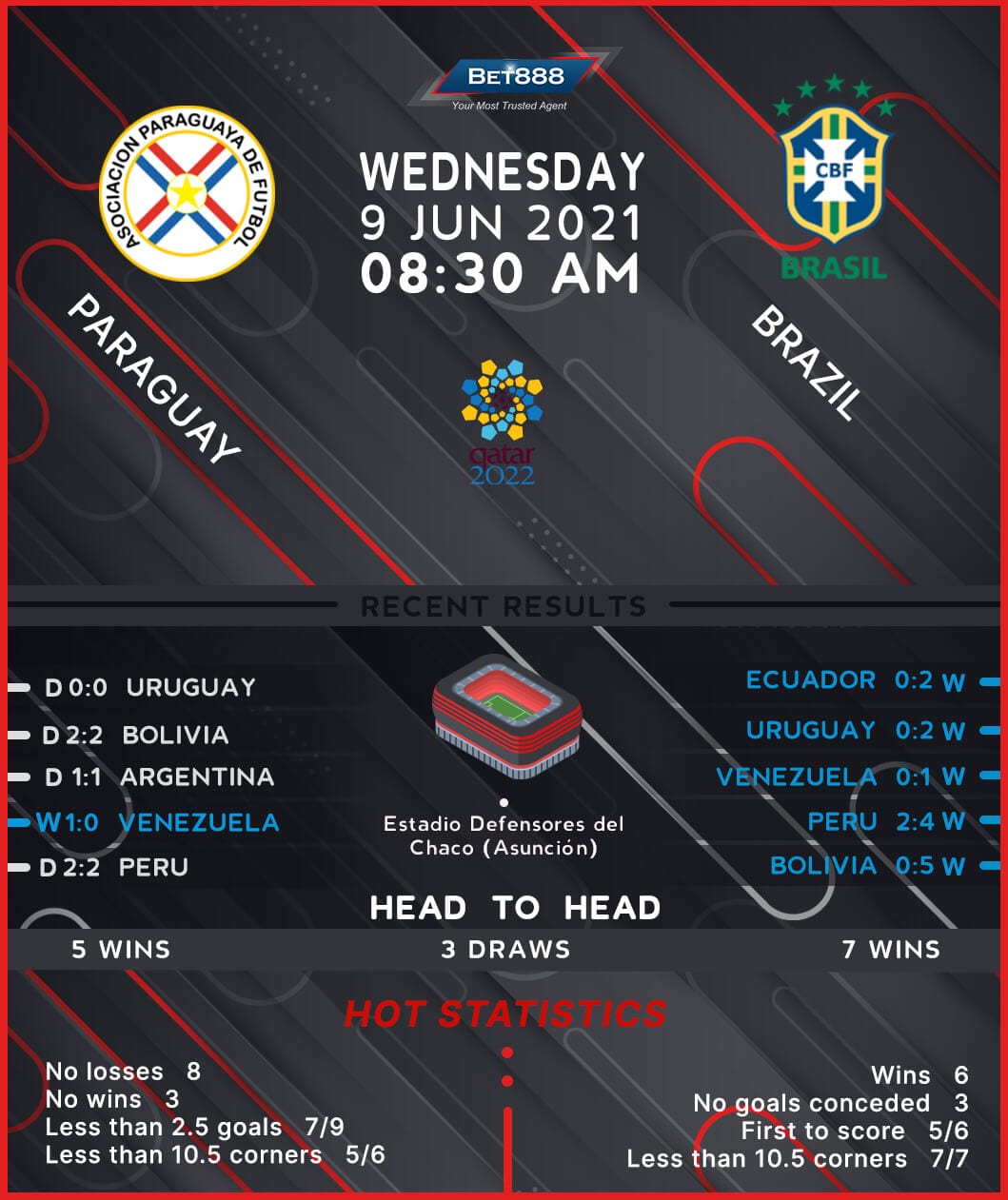