Peru’s pursuit of qualification for back-to-back World Cup finals for the first time in the country’s history continues as they entertain Colombia at the Estadio Nacional in Lima.

It’s been an utterly disappointing start to the qualifying campaign for Peru thus far, with the hosts suffering three consecutive defeats following a 2-2 away draw with Paraguay in the curtain-raiser. Peru’s tendency to fall apart after surrendering the lead to their opposition has seen each of their three qualifying losses come by a two-goal margin, with the last two featuring the identical 2-0 scoreline. Indeed, ‘La Blanquirroja’ conceded over 1.5 goals in all four qualifying matches so far, doing so within the opening 35 minutes of play in each of the last two. Another potential worry for Ricardo Gareca is that his men are winless in their previous eight home H2H meetings with Colombia (D3, L5). On top of that, they face the prospect of losing three World Cup Qualifying games at home in a single series for the first time since 1993.

As for the visitors, they’ve entered a rough patch since claiming a comfortable 3-0 win over Venezuela on Matchday 1, failing to win any of their subsequent three qualifying games (D1, L2). Ahead of this round, ‘Los Cafeteros’ have suffered back-to-back qualifying defeats by an aggregate scoreline of 9-1, including a 6-1 away thumping to Ecuador last time out. Having that said, they haven’t lost consecutive away games in any competition since September 2009, albeit they’ve managed just three clean sheets in their last 13 World Cup Qualifying fixtures on foreign soil. Colombia can still take some confidence from the fact they haven’t lost any of their previous nine H2H encounters against Peru overall (W5, D4) if considered just 90 minutes of play. 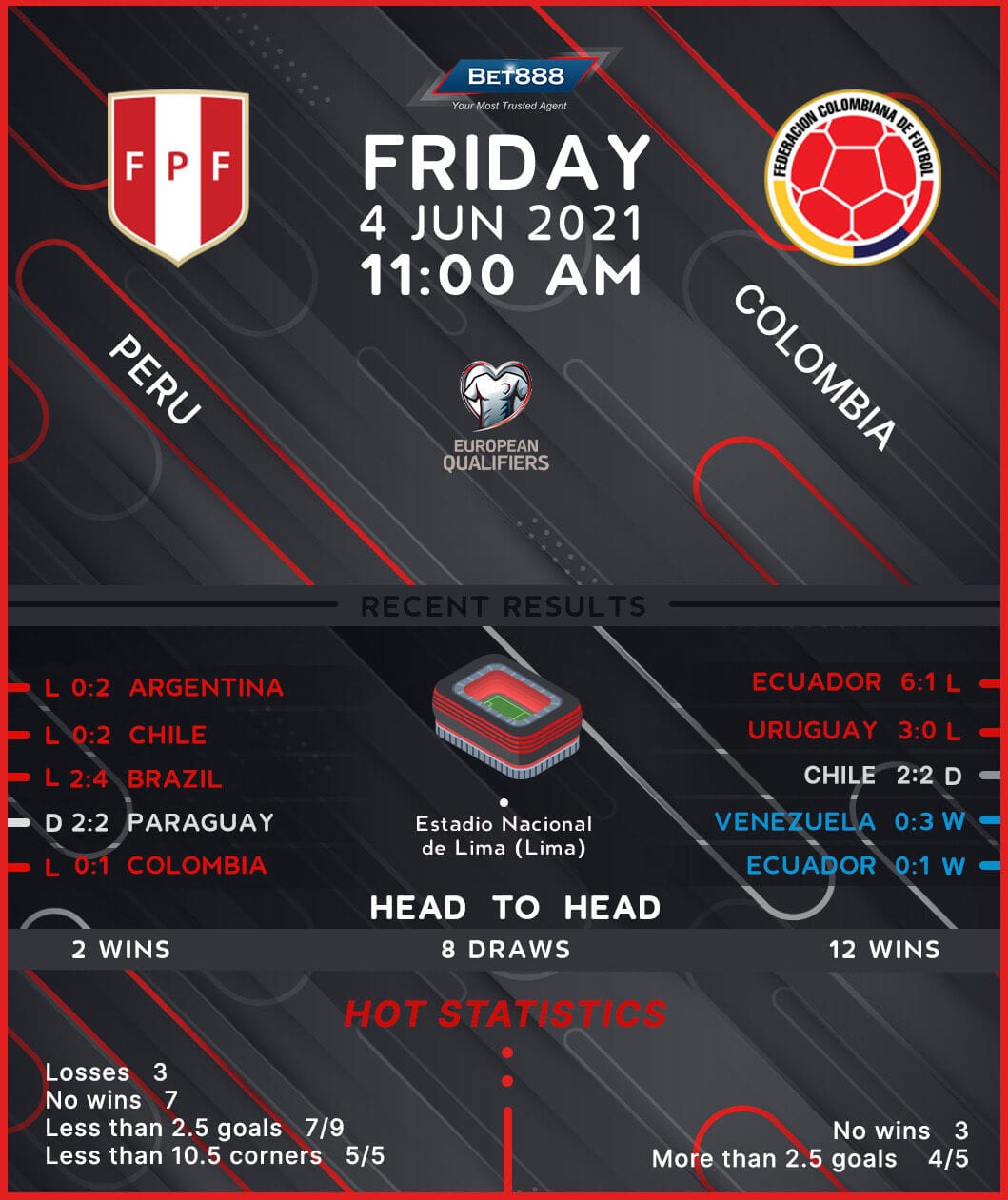