Back-to-back 1-1 draws with Cincinnati and New England Revolution in the build-up to this fixture have confirmed Philadelphia’s reputation as the ‘stalemate kings.’ Over 50% of Philadelphia’s MLS matches this season have ended level (8/15), including seven of the last eight (W1). Despite their underwhelming domestic form, Jim Curtin’s men head into this matchday trailing Eastern Conference pacesetters NY City by a single point. In stark contrast to Philadelphia’s proneness to drawing top-flight games this term, none of their nine previous home league meetings with City have ended level (W4, L5). Interestingly, each result (win/loss) in that sequence witnessed the winner score precisely two goals, with 56% of them yielding an identical 2-1 scoreline.

On the other hand, New York City pegged Colorado Rapids back in a frustrating 1-1 home draw last time out to maintain an impressive nine-match unbeaten MLS streak (W7, D2). However, they head into proceedings off the back of a 3-0 walloping at the hands of New York Red Bulls in the US Open Cup. The ‘Pigeons’ will hope to prove it was just a one-off and extend their two-game winning away MLS run. Both victories in that period saw Nick Cushing’s side keep a clean sheet. By contrast, they have lost both away league fixtures in which they failed to record a shutout this term. 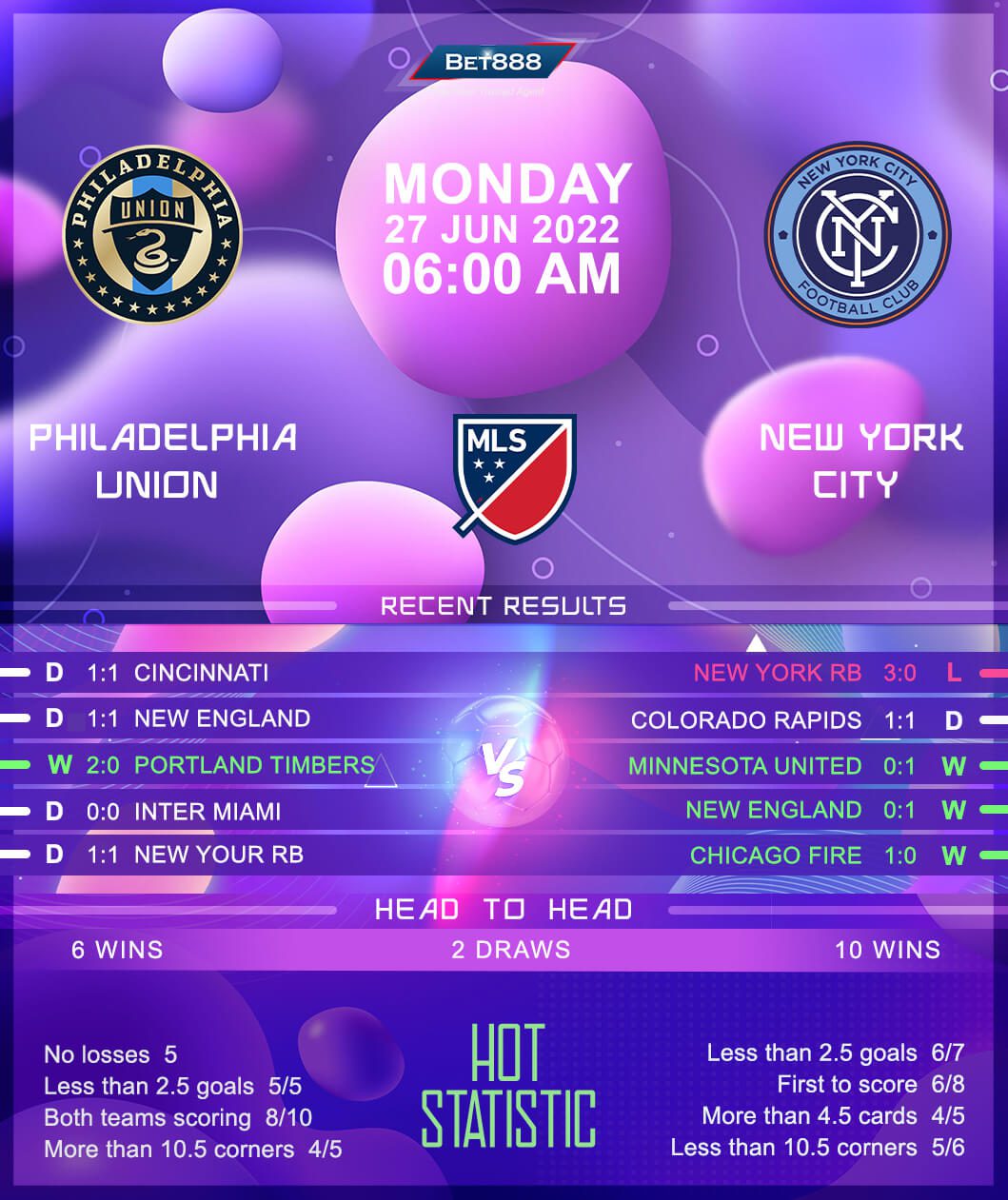