Stadium 974 is the venue as Poland and Argentina go head-to-head in a crunch 2022 World Cup Group C showdown.

Poland defied the odds to assume control of the top spot in Group C at the beginning of round three, having drawn 0-0 with Mexico on day one before easing past Saudi Arabia 2-0. All the ‘Eagles’ have to do to reach the World Cup knockout rounds for the first time since 1986 is avoid defeat against Argentina. Easier said than done, though, with the Poles failing to keep a clean sheet in any of their 11 previous meetings with the South American heavyweights (W3, D2, L6). Against this backdrop, Czeslaw Michniewicz’s men have registered a nation-record three consecutive shutouts at the World Cup, while they head into proceedings having not conceded once in their last four international outings. Worryingly for Poland fans, Robert Lewandowski & Co have lost each of their last three World Cup encounters against South American teams.

In the meantime, Argentina recovered from a disastrous 2-1 defeat to Saudi Arabia, which knocked them down from a 36-match winless run, by eking out a 2-0 win over Mexico, inspired by Lionel Messi’s long-range stunner. But there’s a good chance ‘La Albiceleste‘ could miss out on the World Cup knockouts for the first time since 2002 unless they beat Poland here. But Lionel Scaloni’s men have lost their last two World Cup clashes against nations from the UEFA confederation, alarmingly conceding 3+ goals on each occasion. Yet victory would guarantee Argentina’s progression into the World Cup round of 16 for the 13th time in their last 14 appearances at the tournament. With Messi seeking a career-defining achievement, the reigning Copa America champions will be confident of dispatching Poland here. 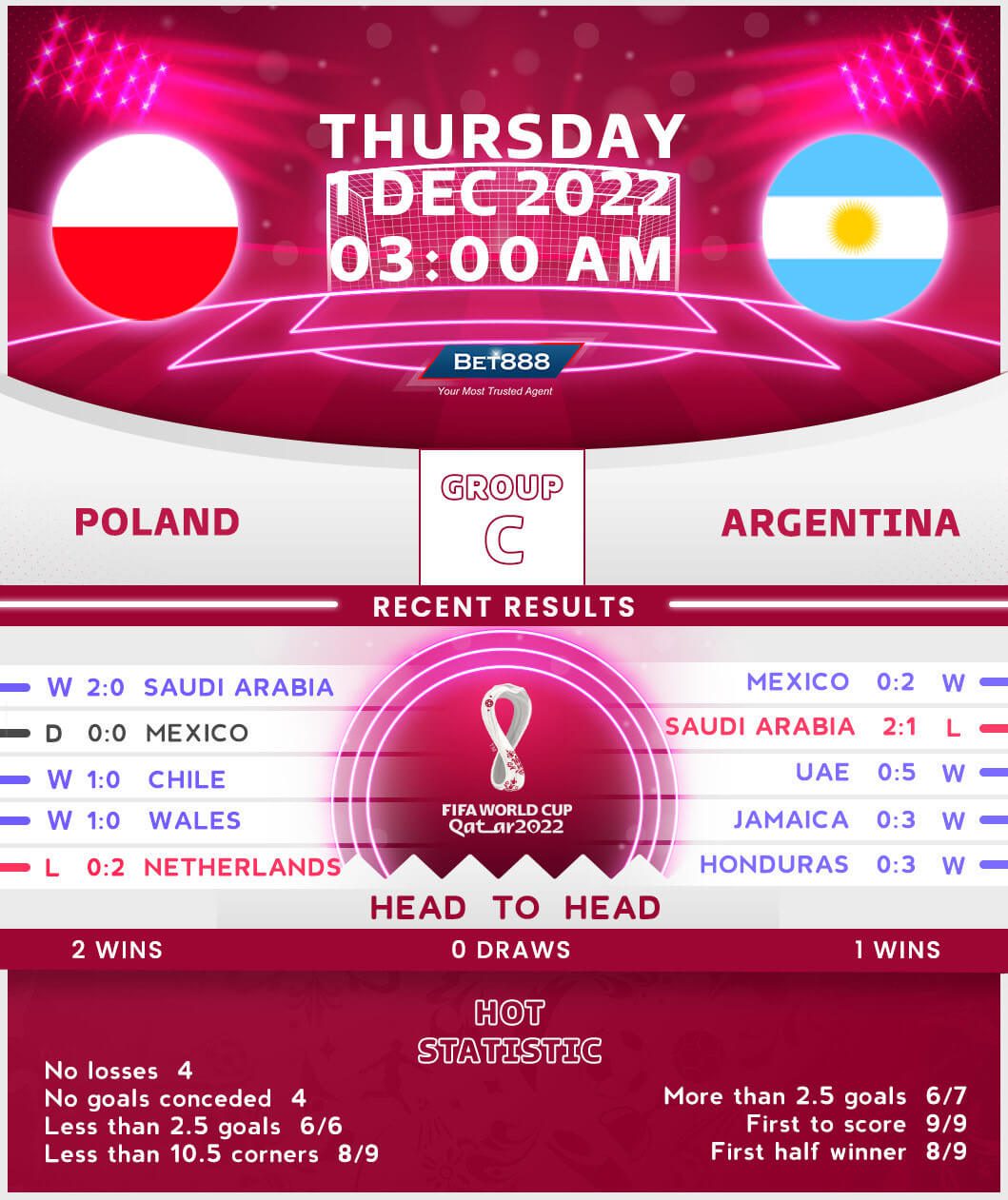